We’ve become acclimated to witnessing anime characters’ peculiar yet endearing attributes. Be it their temperament, skin tone, or not-so-humane abilities. But in this section, we’ll discuss a generic but crucial trait that sets our all-time favorite characters apart from the rest. ‘Hair color.’

You’ve probably seen anime guys with all kinds of odd hair colors. But have you ever contemplated giving our female population a shot? Ergo, we’ve compiled a list of some of the most kawaii anime girls with purple hair.

Tsukasa Hiiragi, one of the four main characters in the series Lucky stars, is cute and innocent but quite dimwitted. Quite the antithesis of her sister Kagami, Tsukasa is mellow, generous, and simple to read.

Her disposition isn’t very funny, and she can be classified as awkward, airheaded, going-with-the-flow. Tsukasa is considerably smaller than her pals, with a chibi doll-like stature and little curves, yet this only heightens the cuteness of her appearance. Thanks to her yellow headband and shoulder-length purple hair, she’s a real eye candy.

Renge Miyauchi, one of the most distinctive characters in the Non-Non Biyori series, is a first-grade elementary-grade student. She is short and has violet hair that she likes to style in two adorable pigtails with yellow ribbons.

She is a typical first-grader with exceptional creative abilities. While appearing emotionless and incomprehensible, Renge is a curious child who loves exploring the outdoors.

Kyoka is generally perceived as unfriendly and unenthusiastic, even though she is genuinely calm and honest.

Kyoka has a sarcastic disposition and enjoys being with her friends. She is also remarkably intelligent, but she is conflicted about her musical tastes and dislikes being questioned about such.

Toko Fukawa is a young girl with the title Ultimate Writing Prodigy and one of the six main characters in the Danganronpa anime series. She is characterized as a melancholy author who usually dresses in gloomy clothes and has long dark aubergine-colored hair that is often tied down in two braids.

Toko has dissociative identity disorder. She is suspicious of others because of the bullying she experienced as a child. She is unsociable and prefers to be a wallflower in the hive. Toko is also homophobic, which causes her violent tendencies to run wild.

Rize Kamishiro, a famed ghoul, is a crucial antagonist in the anime/manga series Tokyo Ghoul. Rize, the story’s villain, appears to be a young, attractive lady with beautiful purple hair and eyes.

Rize is renowned among ghouls as the “Binge Eater,” as she is responsible for half of the city’s killings. Initially, she may appear friendly and unharming, but she devours her prey most brutally.

Kurumi Ebisuzawa, a master zombie hunter and former Megurigaoka Private High School student, is a crucial character in the series. Kurumi is a genuine eye delight with her long and shiny purple hair and pale skin tone.

Despite her appearance, she is a perfect blend of innocence and fight. Kumuri, the most skilled member of her group, has garnered notoriety for slaying many zombies and returning unscathed every time.

Related: Top 10 Cute and Short Anime Girls You Would Love to Pat!

Yoruichi was the former captain of the 2nd division of the Gotei 13 as well as the former commander of the Onmitsukido. She was born as a princess of the Tenshiheisoban in the soul society. Yoruichi stands out among most of the characters on this list thanks to her hourglass figure, tanned skin, and deep purple hair.

According to the portrayal, Yourchi possesses an extensive understanding of spiritual culture. Despite being of Nobel birth, she is intelligent and humorous and dislikes honorific suffixes.

Kotomi Ichinose has straight, purple-colored hair and a slim build, letting her seem like any other high school student. In the anime series “Clannad,” she plays the role of Tomoya Okazaki’s childhood pal.

Kotomi is a quiet, reserved girl who prefers to keep things to herself. She is clever and a voracious reader. She has some social anxiety, which serves to highlight how endearing she is as a person.

Sumire, a former member of team 15 and a kunoichi of Konohagakure’s scientific ninja weapons squad, starred as one of the antagonists in the anime series Boruto. She is portrayed as a young girl with long purple hair that complements her purple eyes.

Sumire originally appeared in the series as a shy, humble girl loved by everyone. But as the mask wore off, she made a 180-degree reversal on her friends and fellow villagers by being the culprit behind the ghost incidents in Konoha.

The series Future Diary’s second major character, Minene Uryuu, began as an antagonist but ultimately emerged as one of the protagonists.

Minene has dark purple hair and an eye patch, adding to her frightening appearance, and was raised in brusque circumstances, living as a street rat. She is a survivor. She has a sharp intellect and can think her way out of sticky situations. Her self-reliant nature and resilient outlook are truly remarkable.

In the anime series Elfen Lied, Nana is one of the central supporting figures. Nana, who goes by the name 7, is a young girl with pink eyes and short, purple hair. Nana was a member of the Diclonius, but she wasn’t slain; instead, she was used as a test subject.

Nana has a unique personality for a Diclonius. She has no desire to harm or murder anyone. Nana developed into a kind, gentle, and sensitive person who cares for everyone around her as a result of being used as a research subject.

Izuna Hatsuse (No Game, No Life)

Izuna Hatsuse, a former werebeast ambassador to humanity, is a hybrid of a human and a beast. She possesses a petite human physique, fox-like ears, a fluffy tail, and dark purple hair.

Izuma’s entire demeanor is undeniably fascinating, not just her appearance. She has a modest and delicate attitude, but when competing in the international games of werebeasts, she is a formidable competitor.

Despite being only a spirit, Yuuko has a lively attitude and is often cheerful. She enjoys making fun of her pals but doesn’t mean any harm.

Kae Serinuma (Kiss Him Not Me)

In addition to being a typical high school student, Kae Serinuma is a hard-core otaku and a Fujoshi. She started as a fatso but dramatically transformed into a slender, stunning girl with big eyes and beautiful purple hair.

Kae is a modest and sensitive heroine who, although obsessed with romance, fails to implement it in her life. She was made fun of by her classmates while she was fat, and this experience left her feeling awkward around men.

One of the main characters in the anime series “Cowboy Bebop” is a female bounty hunter named Faye Valentine, who seems to be a 23-year-old girl but is 77 years old.

Faye has amber eyes and short, dark purple hair. Her appearance attests to her badassery. She is shown as a savvy character who is materialistic and greedy and rarely expresses her actual emotions.

The legacy of reviving the most vibrant type of art belongs to the anime community. The characters’ hair colors are different and eye-catching, highlighting their characteristics and drawing spectators worldwide.

We thus hope that the above-compiled list has fulfilled its aim and satisfied our readers’ need for such anime characters. So, the comment section is open to everyone who appreciates our suggestions and would like to express some love. 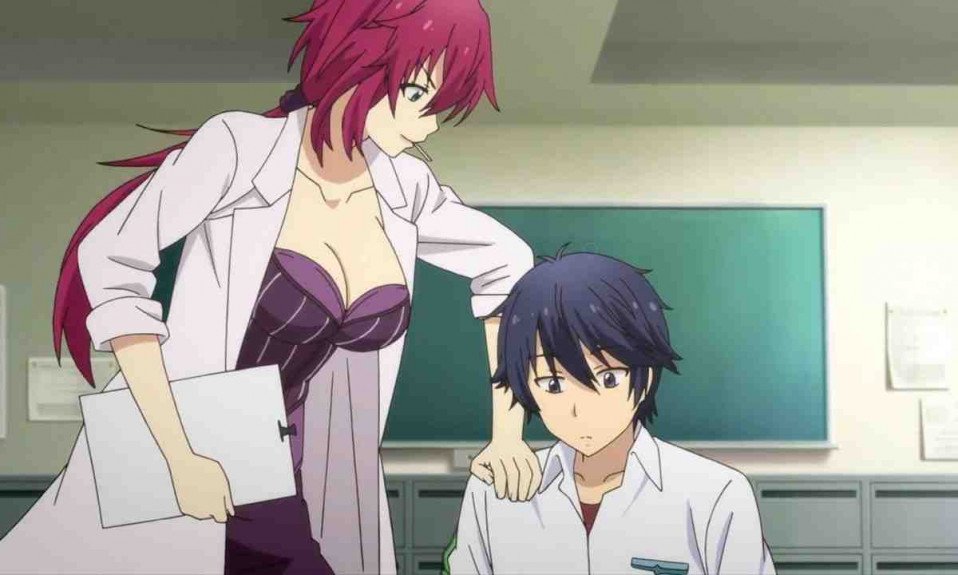