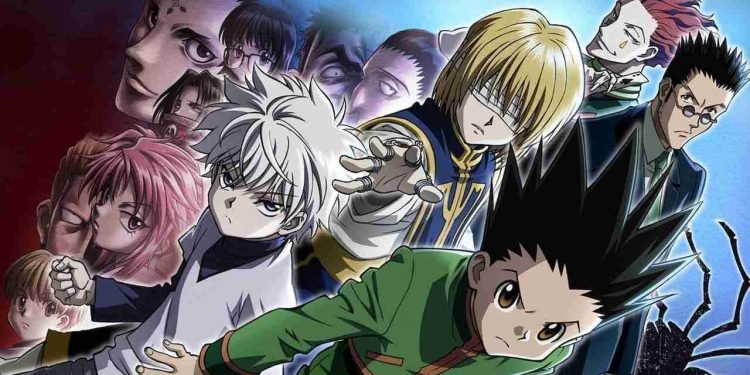 If you enjoy Hunter x Hunter, then these anime are for you. Those looking for similar anime to Hunter x Hunter should stop searching because we’ve got your back.

Hunter x Hunter has everything you’ve ever wanted: a good backstory, likable characters, their goals, complex villains, anime build-up, and beautiful arcs. Mangaka Yoshihiro Togashi has not written a single manga chapter since he faced some health issues.

Nobody knows whether it will come back or not. In this case, fans look for other anime similar to Hunter x Hunter. Here is a list of the best anime like Hunter x Hunter, fans will enjoy watching.

Similar to the characters of Hunter x Hunter, who use Nen, the feelings of JoJo’s Bizarre Adventure have a power system of their own. These abilities are referred to as “Stand” in this anime. Although Nen requires several conditions to be met, there are also some similar situations in Stand.

JoJo’s Bizarre Adventure is a thrilling story with a self-standing plot about a wealthy family. Jonathan Joester and Dio Brando, two brothers, are introduced in the first part.

Although they were brothers, Brando sought to destroy his brother and gain world dominance. However, his brother, who had embarked on a journey to hone his martial arts skills, was there to stop him.

One of the best anime in the martial arts genre is “History’s Strongest Disciple Kenichi.” The way it seamlessly combines comedy with serious situations is excellent. You’re sure to crack up, even when the characters are in a dire situation.

The anime tells the story of Kenichi Shirahama, who goes from being weak to being a fighter after intensive training at Ryouzanpaku dojo, where he learns under various masters.

He soon comes to the attention of Ragnarok, a group of criminals who will stop at nothing to bring Kenichi down.

In No Game No Life, Sora and Shiro—collectively known as the legendary gamer “Blink”—play their way through the Disboard universe to defeat the God of Games and take control of Disboard.

Although the premise of this anime might lead you to believe otherwise, Hunter x Hunter and No Game No Life have a similar strategy for approaching battles.

Dragon Ball is, undoubtedly, another legendary anime. However, if you want the same feel of overpowered villains and antagonists mixed with adventure and epic fight scenes as you watch in Hunter X Hunter, Dragon Ball anime is just right for you.

Dragon Ball follows Goku and Bulma on their quest to collect the seven Dragon Balls. However, their experience forces them to face some of the world’s most powerful warriors.

The gradual development of the characters’ abilities will surely remind you of Gon and Killua’s development up to the Chimera Ant Arc. However, we think anyone trying to get the feel of Hunter X Hunter should watch Dragon Ball.

Few anime have matched Hunter x Hunter’s or One Piece’s grand scale of adventure. Many people consider One Piece the greatest shonen anime of all time. Fans of the One Piece anime have met hundreds of unique characters over two decades.

The story focuses on Monkey D. Luffy, an aspiring young pirate captain who seeks Gol D. Roger’s legendary “One Piece” treasure, which he left behind.

Although One Piece has been on the air for a long time, it takes only a few episodes for you to fall in love with the show’s swashbuckling adventure and diverse cast.

Naruto, of course, is a must-watch. Foremost, you should have watched Naruto long ago, but if you haven’t, now is the time.

Naruto is in the anime hall of fame as one of the greats of all time; there’s no doubt you’ll fall in love with this one. This anime similar to Hunter X Hunter, follows the lives of some mighty and fun young Ninjas.

Every character has their story arc, which includes drama, romance, some of the most intense battles ever seen in anime, and some of the best anime comedy.

Seven Deadly Sins is just for you if you’re looking for an anime like Hunter X Hunter that will keep you on the edge of your seat during the action sequences.

The Seven Deadly Sins are on a mission to clear their names and free the kingdom of Liones. You’ll undoubtedly be excited by this action-packed anime, especially the carefully planned combat scenes. This anime’s scenes play out just like those in Hunter X Hunter.

You owe yourself to watch Fullmetal Alchemist: Brotherhood if you enjoyed Hunter x Hunter.

It centers on two brothers, Edward and Alphonse Elric, and they must locate the Philosopher’s Stone to have their bodies repaired after using alchemy to attempt to bring their mother back to life.

Fullmetal Alchemist: Brotherhood is the anime for you if Hunter x Hunter didn’t fulfill your desire for well-rounded characters and a story that explores significant themes.

There are many shōnen anime options, but not all of them will stick in your mind. Due to its distinctive plot and well-rounded cast of characters, the shōnen series Magi: The Labyrinth of Magic will undoubtedly stand out.

In a middle-aged world where Dungeons have appeared, but no one knows the secret behind them, the setting is based on Arabian Knights. A dungeon is a huge source of wealth and power for the victor.

Ali Baba, the main character, aims to conquer a dungeon alone. He happens to meet a young boy with a magical flute in his possession. They decide to work together and meet any challenges that may arise on their way.

Yoshihiro Togashi created Hunter x Hunter first, but both anime have a lot in common stylistically.

Yusuke Urameshi, an underworld detective, decides to take on the case when a young boy’s life is in danger. Yu Yu Hakusho will almost certainly appeal to fans of Hunter x Hunter, so it’s unlikely that you won’t like it as well.

However, it is not in any particular order, and you are free to add more. So, please share this with your friends and let us know which anime is your favorite in the comments section.

The Best “Free Anime Watch Order” Guide for You!

One Piece Reveals an Epic Key Visual for Episode 1000! Luffy vs. Kaido!