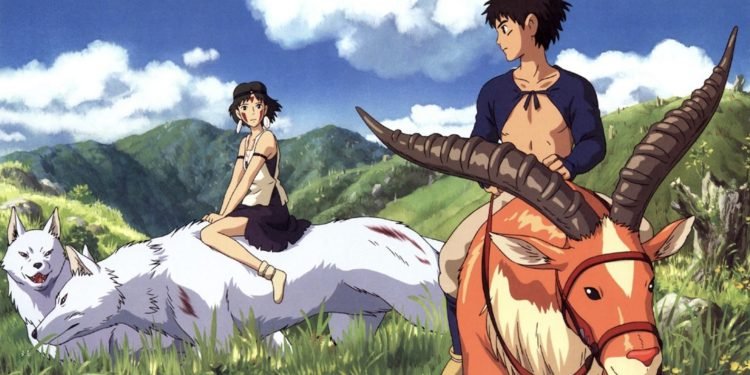 Have you ever wondered what should I watch now, since I don’t have a day’s worth to complete an anime series? Well, we’ve all been there, and that’s when you search for anime movies.

Contents Hide
Best Anime Movies 2022!
11. Weathering With You
10. The Girl Who Leapt Through Time
9. The Garden of Words
8. 5 Centimeters per Second
7. Grave of the Fireflies
6. Ghost in the Shell
5. Perfect Blue
4. Howl’s Moving Castle
3. Spirited Away
2. Your Name
1. Sword of the Stranger
Concluding Best Anime Movies!

Just like Your Name, this film centers around an adolescent boy and a girl who can manipulate the weather. As destiny desires, they both cross paths more often. And Hina tries to find a job to make a living.

When he discovers that Hina has a strange ability that manipulates the weather, he makes Hina “The Sunshine Girl” who helps the people in need. Things begin to favor them at first, but you know, everything comes with a price.

Here comes another emotional rollercoaster of Makoto Shinkai. Weathering With You also feels reassuringly familiar with Your Name.

Because the works of Makoto Shinkai mostly include emotional attachment and every movie refers to as he has a thing for dualities and a penchant for love stories.

10. The Girl Who Leapt Through Time

A high school girl named Makoto acquires the power to travel back in time and decides to use them for her benefit. Little does she know that she is affecting the lives of others and her own.

Well, to put it simply, you should never miss this film. These type of movies comes once in a generation. Every detail in the film is phenomenal, and it doesn’t drag much.

It gives you a satisfying feeling at the end rather than leaving you the guilt of watching it. Hence, one of the best anime movies of all time.

9. The Garden of Words

Takao trains to become a shoemaker by skipping school and meets a woman named Yukino. Then without arranging the times, the two started seeing each other but only on rainy days.

They become much closer and deepen their relationship. But the end of the rainy season approaches. Takao focuses on his work and won’t be able to see her again.

I think no one can find the words to describe this film. Considering the other films of Makoto Shinkai, 5 cm per Second, and Your Name, this movie is no exception.

The Garden of Words is surprisingly a movie that lets the images speak. While there’s still a fair amount of narration, most of the story conveys through the visuals.

The story follows two teenage classmates Takaki and Akari, who are close friends. Their relationship becomes typical when Akari moves to another city because of her parents’ jobs.

Both of them try to keep their friendship alive, as time and distance pull them apart. What fate awaits for Takaki and Akari, will they meet again?

This movie reflects on relativism more than any other film. It is worth the watch, and you will regret it if you don’t watch it.

In the beginning, it might seem a bit slow, but as you move a little further, you will love the film for sure. These are some of the considerable reasons as it is one of the best anime movies of all time.

7. Grave of the Fireflies

The story of Seita and Satsuko, two young Japanese siblings who live in the declining days of World War II.

When an American firebombing separates them from their parents, they must rely on each other to ensure their survival. And so, it is one of the best anime movies of all time for sure.

“Grave of the Fireflies” is one of the most ambitious, depressing, and, of course, best anime movies of all time. This film is wholly emotional and rewarding at the same time.

The character development is fantastic, and probably you won’t see such characterization in any other anime movie.

6. Ghost in the Shell

This innovative masterpiece is a crime-thriller in which a cyborg policewoman hunts for an evil hacker who is known as the Puppet Master.

Long before Scarlett Johnson was gracing the screens all over the world, the serialization of the manga began in 1989.

To grasp the full suspense of the film, you need to watch it at least twice. It is one of the influential films of all and one of the best anime movies of all time.

Mima retires from an idol group to pursue her dreams as an actress. Soon she gets stalked by a fan who posts insidious threats and disturbing information on her blog.

It seems like her reflections of the past haunt her. How will she cope with the unfolding events?

Perfect Blue is an intense drama. It is a storming success at the time of its release, and the movie itself is brilliant.

If you’re really into watching dark anime shows, then this show might work for you.

Sophie is cursed and turned into an older woman. Under the curse, she goes to seek fortune, which takes her to Howl’s strange castle.

There she meets a demon named Karushifa, who makes a deal with Sophie that if she breaks the contract of the demon with Howl, she’ll go back to her 18s.

Probably this might’ve been the most entertaining movie of Miyazaki. All of his other films are very long and highly visualized ones.

But this one varies bizarrely and is more imaginative than all of his movies. It is terrific. Otherwise, we wouldn’t have included it in the list of best anime movies of all time.

The story is about the tale of the fanciful adventures of a ten-year-old girl named Chihiro. She discovers a secret world when her family gets lost and ventures into a hillside tunnel.

When her parents transform into mysterious forms, Chihiro must defend herself as she encounters strange spirits and creatures which are trying to stop her from returning to her world.

Some words, like magic or miracle, can be used to describe these types of masterpieces. Especially when it is about fantasy and childhood who wouldn’t love it?

There is simply no denying the fact Miyazaki is the Godfather of Japanese Animation. As time goes, his works are too impressive over the world, and Spirited Away is one of those pure arts.

The story follows a teenage boy Taki living in Tokyo, and a teenage girl Mitsuha residing in the country experiencing a strange phenomenon.

They occasionally switch their bodies every day, and they can’t remember what happened during the event. When the boy decides to find the girl, the situation turns out unexpected.

Every anime fan might’ve heard about the movie ‘Your Name’, at least about its success over the world. The movie came up with a low budget in 2016 and became a major commercial success.

With its stunning visuals and breathtaking emotional resonance, the film has become Japan’s best-grossing film of all time.

1. Sword of the Stranger

The story follows a boy and his dog who are pursued by a foreign dynasty known as Ming. When they stumble upon a samurai, he decides to escort them to the monk who is expecting them.

Unfortunately, Ming isn’t going to let them be. On their journey, they encounter numerous enemies and their lives come on the line. Will their mission be successful or will it go wasted?

To put it simply, Sword of the Stranger is one of the most outstanding action movies out there. The story comprises simple elements and executes them conveniently.

Even though some scenes might get inconvenient because of violence, the visuals are out of the box. Overall, it will be a great watch if you like action anime movies.

There are tons of anime movies coming out every year, but we believe these are the ones you need to watch first. So, make sure to check out every one of them and appreciate the level of thought and effort put in by the cast and crew.

My Hero Academia Episode 81: The School Festival Begins and So a new Threat!

10 Reasons Why Anime is a Life Pill for Us!