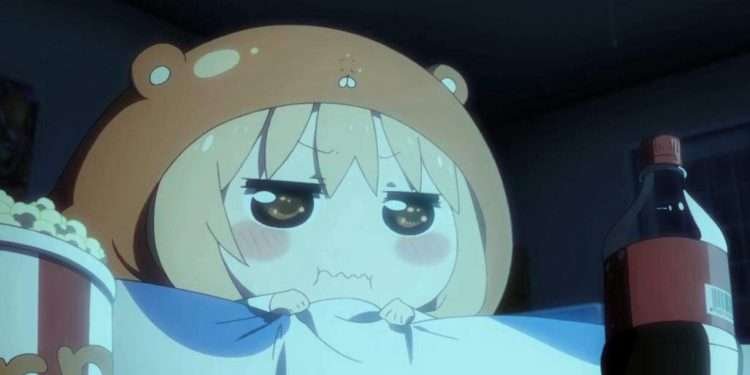 We know these days are tough for you because of Quarantine. Being stuck at home and wondering what to do is a part of the boredom. You might’ve thought of many things to kill time and eventually ended up in boredom again.

Well, don’t worry. In this post, we will present you with a good list of anime movies you can watch at home while quarantined.

We suggest you start with the Visual Masterpiece of anime movies. Your Name is one of the best works of Makoto Shinkai and an ageless film that never gets old. It makes you laugh at the beginning, then it makes you wonder what will happen next, and finally, it’ll connect you emotionally. Don’t miss it, because it is one of the best anime movies to watch at home while quarantined.

The story follows two teenagers who find themselves switching bodies and experiencing each other’s lives. This phenomenon happens randomly, and they must adjust themselves to each other. And soon, something stronger than the distance keeps them apart.

Spirited Away will be one of the perfect movies you can ever watch in your whole life. Because it’s a stunning and magical masterpiece that never lets go of your attention during your watch. Although it’s overlong run time, there are many likable things in it, including the beautiful music and the storyline that can be remembered through the ages.

The story follows a 10-year-old and her parents who stumble upon an abandoned park. After her mother and father turn into pigs, Chihiro meets Haku, who explains the mystery of the park, and to break their curse, she has to work there to free her parents. The plot might seem a bit off, but if you start it once, you won’t be searching for a reason to abandon the film. Thus we brought this movie as one of the best anime movies to watch at home while quarantined.

Also read-Best Anime on Netflix You Can Stream Right Now!

Princess Mononoke is yet another masterpiece of Miyazaki. It is a perfect movie that surpassed my expectations in both plot and animation. In my view, even Disney movies can’t reach the character design of Princess Mononoke. It is, without a doubt, one of the best anime movies to watch at home while quarantined.

The story is about a prince named Ashitaka. He goes on a journey to find a cure for the curse of Tatarigami. In his journey, he finds a girl named Mononoke, who is raised by wolves and hates humans. And as the story moves forward, they get stuck in the war between human Iron-town and gods of the woods. Make sure to add it to your watchlist.

The Tale of The Princess Kaguya is undoubtedly an intriguing film. Because of its limited releases in 2013, it was a significant success. And since it is based on a Japanese folktale, you might not find it interesting at the beginning. But we recommend you not to give up. The film is beautiful, and the animation is exquisite.

The story follows an older man who makes a living by selling Bamboo. One beautiful day, as he finds a tiny princess in a bamboo. When Kaguya grows up, people from prestigious families come forward to marry her. But none of them fulfill the Kaguya’s heart. And then the Emperor of Japan takes his turn to impress her. It is undoubtedly one of the best anime movies to watch at home while quarantined.

Also read- Best Anime to Watch at Home While Quarantined!

This anime film teaches you one thing for sure. And that could be, everyone deserves a shot at redemption at least once in their lifetime. A Silent Voice ponders on bullying and how consequences take place for not only the affected ones but those around as well, and how severe is the path of forgiveness. It gets you emotionally at many moments, and more importantly, it teaches you ethics.

The story centers on Shoya Ishida and Shoko Nishimiya, where Ishida bullies Nishimiya since she is deaf. And sooner or later, Ishida faces the consequences for his sins, and the film shows how can something from the past can affect one personally. If you’re looking for a beautiful and heart touching anime, then this one is for you. You shouldn’t miss this one from the list of best anime movies to watch at home while quarantined.

If you’re a fan of sports, then you’ll love this anime for sure. Let’s say you’re not. Still, you’ll find it. And the reason could be the movie is well-paced and it covers a lot amount of a story just in 90 min. There might be some times where you want to take a drink while watching a movie. But sadly, this one won’t allow you that. And the execution of humor is simply amazing. Still wondering why it is rated only 7.9 in IMDb.

The story concerns a Japanese basketball team who loses in a match with the American team known as Jabberwock and gets bullied. One of the team member’s father gets angry and gathers a team of five members of the Generation of Miracles Vorpal Swords. Can they avenge Jabberwock? You will probably find it once after watching this incredible film. It is one of the best anime movies to watch at home while quarantined.

The Disappearance of Haruhi Suzumiya (2010)

It is simply a brilliant piece of anime. With the flawless animation and mind-bending plot, you’ll be left speechless until the end. And if you’re aren’t a fan of science and time travel things, then you might get lost in it. It might seem a bit long, but once you get into the story, even you don’t know when it will finish. Just give it a try, and you will experience more thrill than you can expect.

The story follows the members of the school club room Kyon, Yuki Nagato, Mikuru Asahina, and Itsuki Koizumi. As they find themselves busy in the preparations for the Christmas party, a strange thing happens for Kyon. He recognizes one of his club members named Haruhi Suzumiya is gone missing. And when he asks everyone, no one knows her except Kyon. If you want to be thrilled during your Quarantine break, then do add it to your list.

Could there be a sequel better than the original? It might happen in some instances, and this movie clearly proves our point. Even though it is dark, you can still experience a beautiful love story from the film. It might not be flawless, but still, a great watch if you add it to your watchlist.

The story revolves around a girl who is abducted by a Vampire. And a bounty Vampire Hunter who is a half-breed of human and vampire is hired to bring her back. And so, the fight for justice and love begins. If you’re looking for an anime that involves Vampires, then this anime is the piece of cake you’re looking for!

Also read-Best Action Anime of all Time You must Watch!

Tell me, do you want to be left speechless. Then you need to watch this anime movie right now. The plot relates to every one of our lives and stays true. It has a beautiful visual story and proper character development. It’s hard to describe an emotion, and probably that might be the reason why it’s hard to describe this movie.

The basic plot of the film is about a 15-year-old boy and a 27-year-old woman who find themselves affectionate and only meets on rainy days. Despite their liking towards each other, there is something that can keep them apart. You don’t want to miss one of the best anime movies to watch at home and especially while you’re bored.

This anime movie somewhat follows the same style and sensation as in Samurai Champloo. The graphics are amazing, and the music doesn’t disappoint you. But what makes it more unique is it’s well action-paced plot and fantastic screenplay. If you like anime with sword fights and Emperor type atmosphere, then you’ll love this one.

The story centers on a warrior who is caught ina struggle between morality and righteousness when he meets a boy and his dog who are targets of the foreign dynasty. His journey involves a lot of obstacles, which include great action sequences. It is, without a doubt, one of the best anime movies to watch at home while quarantined.

We hope you like our list and have some great days ahead. What are your thoughts on anime movies? Do you like them as much as you like anime series? Let us know your thoughts in the comment section. We wish you to stay safe during the lockdown and spend some quality time with your family. Stay Home! Stay Safe!