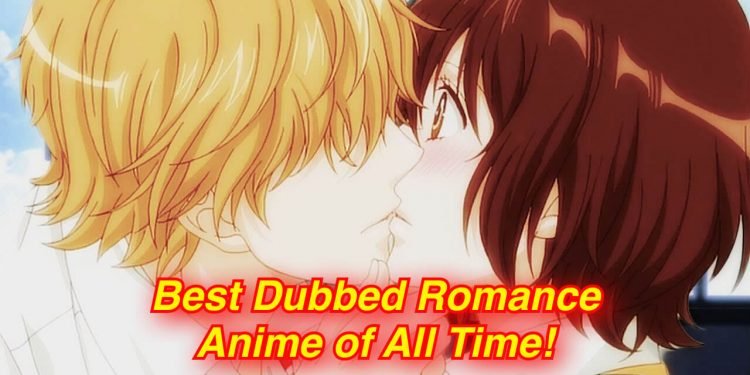 Romance anime series are pretty awesome, but can everyone like them as they are? Well, to some people, romance hits well if they watch in dubbed language rather than original one.

So, are you looking for the best dubbed romance anime? What are the best romance anime dubbed? In this article, we’ve compiled a good list for you.

Amano Keita is a loner who does nothing but play games all day. When the school’s prettiest girl and Gamer Club president Tendo Karen approaches him and urges him to join the club, his life gets entangled in the midst of an unexpected romcom story.

Unless you’re looking for a dubbed romance anime with a barrel of laughs and a light-hearted theme, you might not enjoy it as much. If you’re not into some emotional romance anime shows with heart-breaking endings, Gamers! can be a great alternative for you.

Kinjirou Sakamachi has grown fearing his wrestling mother and strong sister who beat him up every day, and eventually, he developed a phobia against females.

When he discovers that Subaru (the butler of a wealthy girl Kanade) is actually a girl in disguise, Kanade urges him to keep it a secret and in return, she’ll help him cure his phobia.

Mayo Chiki! looks like an old school concept to most people who come across it for the first time with this kind of setting, but it manages to impress you with typical romance until the very end. The romance is in its own league and the dub was great too.

The wolf deity Holo has been blessing the village of Pasloe for a longtime but as the humanity is advancing, they began taking control of nature and likewise, Holo felt mocked.

To return her home, she finds the aid of a merchant named Kraft Lawrence, and in their journey they learn a lot of about the things.

Spice and Wolf offers enough depth with the story and can be quite knowledgeable if you’re into economics. You’ll love the characters and romance slowly grows over time, with plenty of interesting moments between the main duo. If you’re looking for the best dubbed romance anime, Spice and Wolf is a pretty good choice.

Yuuta Togashi attends a high school far away from his past to avoid chunibyou (a kind of fantasy youth immerse themselves in) embarrassment. However, when he meets Rikka Takanashi who calls herself the vessel of wicked eye, his plans to leave his embarrassing memories behind seems to fall apart.

Love, Chunibyo & Other Delusions! explores a great age period of youth, as we all have fantasies at some point. The anime is so lovable and makes you want to get into its world by building a portal. Its dub is pretty good and romance gets cheesy all the time.

Banri Tada has lost his memories after an accident and gets admitted in a law school in Tokyo. When a beautiful girl named Kouko Kaga barges into his life, he feels as if he’s reborn, and he begins to lead a new life. But could this chance of encounter lead him to happiness or more tragedy?

Golden Time portrays everything so well, and it keeps realistic views as a prominent thing of all. Since unrealistic romance makes it a cliché, this anime doesn’t make similar mistake and with a great cast and dubbing, it immerses you completely.

Relevant: 15 Best Romance Anime Movies You Can Never Get Over!

On a beautiful day, Haruka Suzumiya confesses her love for Takayumi Narumi. He accepts her proposal and they both become a couple with the help of their friends Mitsuki and Shinji.

However, when a tragedy strikes and one of them lies dormant in coma for three years. Can their love still stay the same?

Rumbling Hearts is definitely not our typical anime stuffed with lots of comedy with a romance tag. It maturely depicts each scene and instead of making you feel it as a high school romance anime, it feels more of an adults’ relationship. If you’re looking for a deep and emotional story-filled romance dubbed anime, this one is for you.

In the third year of middle school, Kotaro, a boy aspiring to become a novelist and Akane, a girl who loves to run, meet in the same class. For the sports festival, they both are assigned in charge of the equipment. Can this duo get closer to each other without any interruptions? Especially, when Takumi is in love with Akane and Chinatsu shows interest in Kotaro.

Tsuki ga Kirei takes us on a tale of first love as one of the purest romance anime shows with a light sprinkle of drama in it. It’s simplicity in showing the love story makes it worth every minute, and if you’re looking for a good romance anime with great dubbing, try it out.

Chiyo Sakura has fallen head over heels for Umetaro Nozaki and when she finally gathered courage and confessed her feelings, due to some misunderstandings, she ended up becoming one of his manga assistants. Watch how Chiyo strives to help Nozaki with his manga and hopes that someday he will understand her feelings.

You get literally everything in this romance comedy anime: An interesting setting, engaging storyline, wonderful character development and situational comedy which is actually quite hilarious. If you’re hunting for a romance anime with good dubbing, this is your pick.

As the leaders of students council in a prestigious academy, Miyuki and Kaguya are considered elite. They both have feelings for each other but due to their pride, no one seems to admit it. However, they scheme at every little opportunity to make the other confess. Well, Love is like a War, isn’t it?

Kaguya-sama: Love is War is certainly one of the best romance comedy anime, but its dub is amazing. Although it is not on par with original narration, it has its perks. It feels as a fresh breath of air among all the typical dubbed romance anime.

Ryuuji Takasu and his feisty classmate Taiga Aisaka has crush on each other’s friend. However, they don’t seem to get closer to them despite continuous tries. So, they join hands in hope of helping each other, but who will end up with their true love in the end?

Toradora is your typical romance anime with a cliché setting, but it never fails to amuse you. Although it takes a lot of time to build the chemistry between the characters, it feels worth it. So, if you’re looking for a typical and good dubbed romance anime series, go for it.

Growing up reading shoujo manga, Yuu has high hopes for her love life. However, when a junior high classmate proposes to her, she feels nothing.

Later on, when she meets the beautiful student council president Nanami who turns down a confession, she gets inspired. To her surprise, Yuu receives a love confession from Nanami herself, and now she’s confused.

Bloom into You is one of the most beautiful anime series to exist on the planet. Every little scene is filled with utmost love, and you feel everything what the characters seem to feel.

If you love yuri anime shows and looking for a good romance anime dubbed, watch it at any cost.

Misaki Ayuzawa works hard as the President of almost all-boys high school to make girls’ days easier. She’s literally a terror for the boys, but she has a little secret.

To support her impoverished family, she works at a maid café. When the school’s hottie Takumi Usui finds it out, what plans will he have to tease her?

Unless you read the manga and hoping the anime to be the same, you’ll enjoy this anime to the fullest. It has very enthralling premise along with a quality animation and most of all, the romance gets cheesy. If you like watching dubbed romance anime with a dip of comedy in it, go with it.

There are countless romance anime series which you might not be able to watch even if you spend 24 x 7 for your lifetime. However, finding a few good dubbed romance anime shows can be a hassle.

So, in this article, we hope we’ve got you covered with some good recommendations fitting your taste. If you happen to know any other good shows that deserve a spot on the list, make sure to mention them in the comment section below for our beloved romance anime fans.

When Does Luffy Use Gear 4 and Gear 5? | One Piece Theory Explained!

11 Unique Manhwa like Tower of God You Need to Read!