Korean Light Novels have a thing for introducing a system for the MC or creating a world with a game system. It is the same for Japanese (isekai) and Chinese (cultivation).

If you have read a few Korean Light Novels or looking to get into them, you’re in the right place. We will present you with the best list of Fantasy novels (which they call in Korea.)

Shin Youngwoo has terrible luck and has led a miserable life until now. Even in the VR game, he had to do labor instead of fulfilling quests and leveling up.

However, when he discovers the Northern End Cave for a quest, he finds a “Pagma’s Rare Book.” Could this treasure make him a legendary class player or make his life even more challenging?

It has a great plot along with an incredible world-building, and the whole game concept is done exceptionally. So, you’re going to have a lot of fun reading this one.

Born into a wealthy family, MC always struggled with his fathers’ ideals, and his family is a scum that doesn’t care much about him. Then, he is brought into a fantasy world to become a demon lord.

However, he is the weakest demon lord and not even stronger than a goblin. In this world where powerless meant nothing, how will he rise to the pinnacle?

The MC in this novel is pretty exceptional. He’s pretty intelligent, and with everything he does, the audience will be surprised and smiles in “Awe!“

Just by reading the synopsis of this light novel, you’ll be getting interested in it. If you’re into Korean light novels, this one will be your cup of tea.

Kang Woojin returns to earth after getting summoned to a foreign planet for 20 years. After returning, he finds that the earth is not the same anymore.

It is filled with gates that allow monsters to flow out. Although his stats have become zero, with his experience of twenty years, he begins his journey.

When searching for a similar novel to solo leveling, I stumbled upon this one, and I’m glad I did it. It has a good pace that never lets you down with entertainment.

The story is pretty well written, along with a few exciting characters, and for the people who love the concepts of the system, this will be a fantastic read.

Choi Hyuk is a fighting genius who killed someone in his sixth grade. Since then, he promised his mother that he wouldn’t fight ever again.

But one day, a ring appears in the middle of his classroom and offers him two choices: to kill or be killed. For the person who is atoning for his sins, can he choose between them?

Sovereign of Judgment is a pure meaning of a character-driven story because the characters are so real and relatable.

The plot is pretty standard, the pace is not so bad, and in addition, the world-building can be pretty exceptional compared to the other stories you’ve read so far.

9. Everyone Else is a Returnee

Yu Ilhan was left out in everything since his elementary school, and even when the whole of humanity gets a ticket to another world to survive, he is left out.

He spends a millennium on earth waiting for people to return, and in the meantime, he trains harder to face the Great Cataclysm.

Everyone Else is a Returnee gives you similar vibes of reading a Japanese light novel. It has a harem, a wimpy MC, and even some popular references to JP anime/manga.

The plot might not feel as interesting as you’d expect in the beginning. But if you wait for a few chapters, it’ll be worth the wait. Well, it took me more than a couple of reads to get hooked up.

Kim Hajin wakes up and finds out that he is in a familiar world but in an unfamiliar body. It is a world he created, the one he wrote but never finished.

He became the Novel’s Extra with no importance, and the only way to survive in this world is to stay close to the storyline. Unfortunately, this world isn’t exactly identical to the one he created.

There are very few novels out there that hook us up right from the very first chapter. And “The Novel’s Extra” is definitely one of them.

It has typical Korean light novel elements yet feels quite unique. If you haven’t read this amazing piece of work yet, now’s the time you do it.

Lee Hyun is the legend of God of War in the most popular MMORPG game, but he sold his avatar for 3 billion won only to end up in despair due to a series of coincidences.

To make a living and support the family, he decides to become the best player in Royal Road, an MMORPG. But wait, he is just a sculptor instead of an adventurer?

The Legendary Moonlight Sculptor balances every aspect perfectly. It has great humor, good action scenes, and the plot moves at a perfect pace.

Once you start reading it, you’ll immediately fall in love with it. It doesn’t have many side characters and stays on point throughout the chapters. Thus, it is one of the best Korean light novels.

A professional gamer is sent to Valhalla, the heaven for the greatest warriors, after unexpectedly dying in an E-sports tournament. In Valhalla, warriors have to struggle for their survival against a common enemy.

Now, witness this epic saga of a gamer who spent his whole life playing games. The story itself consists of a gaming system along with wizards and warriors.

From chapter 1, this novel seems very promising, and even after numerous chapters, it stays the same. It is more like a Shounen Jump manga that provides us with immense world-building.

Also, it incorporates Norse mythology and various RPG elements to make it as interesting as possible so that readers can enjoy it to the fullest. Overall, it is one of the best Korean light novels.

The story takes place in the near future, where dragons invade as a force to extinct the human race. However, humanity fought with all it got and won the war after three years.

But it is not the end because the dragons will wage another war after 15 years, but this time on a large scale. How can we defend it?

The first word that’ll come to your mind after reading the first chapter of this novel is “I’ve found Gold.” Although its chapters are a bit longer than usual ones, it’s worth it.

The characters are fleshed out, and no one is overpowered as it gets more challenging with every moment. It has an amazing translation quality, and thus, it is a must-read.

One day, the Tower suddenly presented him with an S-rank skill, but dying is the only way to use it. What’s the point of having an S-rank skill if he is going to die anyway.

Many people find this light novel a bit boring, but I see why it happens. It is not all your typical one as it takes a different route in expressing everything, including the plot.

It has such a clean way of taking the storyline, and although it doesn’t seem much impressive right from the beginning, you’ll have a blast in the upcoming chapters.

3. The Second Coming of Gluttony

The MC dies on a battlefield and wishes God to bring him back to the past so that he can rectify all the mistakes. However, only his emotions are sent to the past.

He is a son of a bastard who got addicted to gambling and even betrayed everyone closer to him. Now he’s got a chance to escape this harsh reality, but there is a price for everything.

This novel never stops to surprise the viewer, and it’s mature in a sense. It not only gives what the reader wants but makes us relate to the characters.

It’s not a novel that blows your mind but one that keeps you going on no matter what. So, if you haven’t read this one yet, you probably should try it right away.

Sung Jin-woo is an E-rank hunter in a world where monsters appear from gates. For the sake of a younger sister and ill mother, he puts his life on the line as a weak hunter.

In an incident related to a dual dungeon, he gains a system that lets him grow stronger as he kills monsters. Will his life change for good or brings more troubles?

Solo Leveling was my first Korean light novel, and it was one hell of a read. It is already a lot famous with manhwa, but if you read the novel, you won’t be disappointed.

The translation is very well done, and the story only gets better as you go through the chapters. Although the ending isn’t quite what we hope for, it’ll be a pretty amazing read.

Kim Dokja loves to read web novels, and since his life has been very tough, only these novels kept him company. Especially a book named “Three Ways to Survive the Apocalypse.”

One day, the whole world turned exactly as per the book, and although Kim Dokja isn’t the protagonist, he’s the only person who knows the future. What’ll happen next?

Omniscient Reader’s Viewpoint is my favorite Korean web novel, and there are plenty of reasons for it. I’ve never seen such an incredible world-building in any other light novel.

The MC is just the type I like, and the plot moves at a fantastic pace. It also has wonderful characters, which made me love it over time. If you haven’t read it yet, you better do it now.

If you’re getting started with Korean light novels or have been reading them for some time, you’ll find unique ones on the list.

Sure, there might be other web novels that should be included on the list. But we think these are the ones the audience must-read.

So, what do you think? Is there any other novel on your mind that deserves a spot on the list? Let us know what you think in the comment section below. 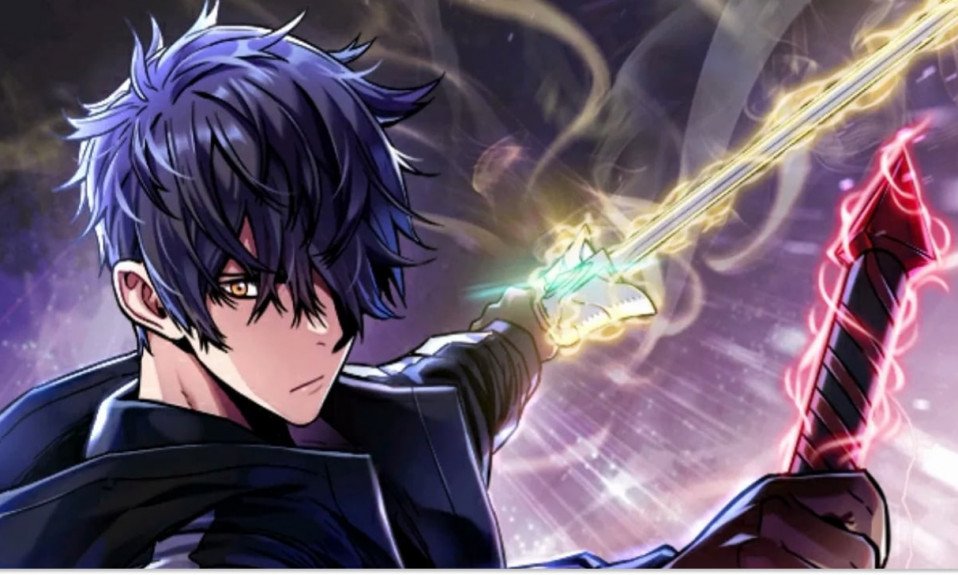 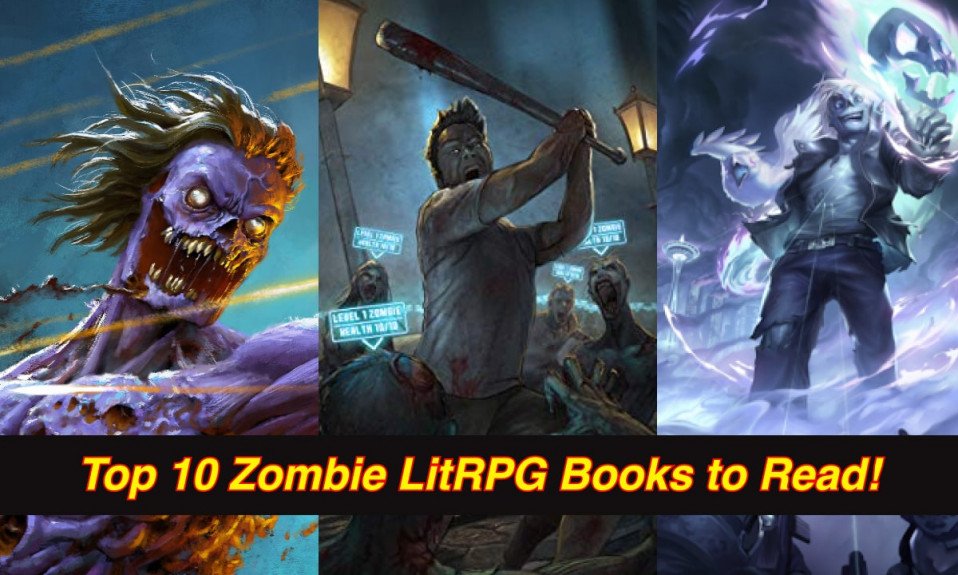 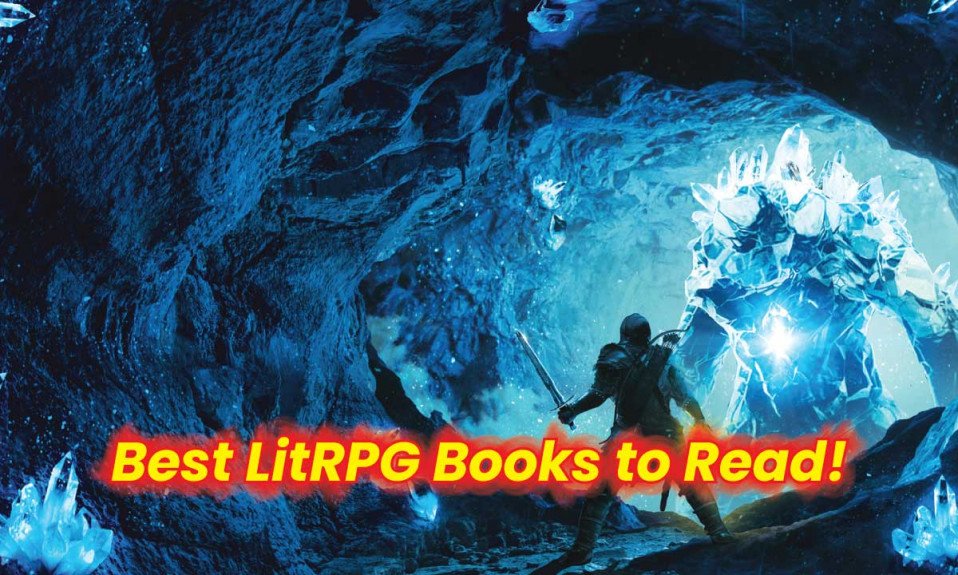