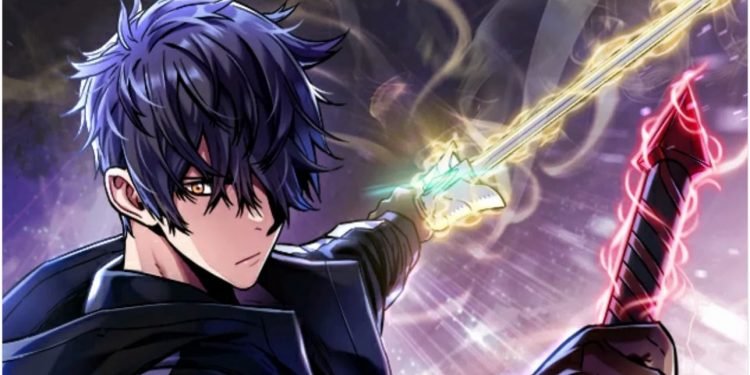 There might be many genres in light novels such as isekai, reincarnation, romance, and many more. But there are some light novels with exceptional traits.

10. Reign of the Hunters

“Ye Ci wants a chance to right all her past wrongs, and the day has come. She got reincarnated into a past where she had her parents’ love. Now, she is no longer just a pro gamer like in her previous life.”

Reign of the Hunter is one of the best VRMMORPG novels with an unprecedented level of translation quality. The main character is female, but she’s pretty overpowered. Overall, you’ll love it to the very end.

“In his past life, Yang Chen was oppressed even though he was a gentle person. He’s reborn, and in this life, he chose to become an executioner to kill the people who climb onto the Immortal Executioner’s Platform.”

This novel is a typical xianxia fare but an absolute gem. Although MC has been given many things for granted, such as luck, it makes sense while reading it. The main character’s ruthlessness, loyalty, and overpowered abilities are some of the few aspects you’ll love.

“Annan gets transported into a new world and becomes an elite NPC with a player’s heart and a system to become stronger. As an elite NPC, he punishes evil players by being an anti-hero. What could be his past?”

The Righteous Player is an amazing novel with a cunning and overpowered main character. The story’s pace is pretty good, and the backstory of MC gets revealed slowly.

This one is a fantastic novel with over-the-top action and excellent character development.

“Kang Woojin returned back to earth after 20 years from Alandal, the place where he was summoned five years ago. The earth isn’t the same anymore as it is filled with dungeons. What will he do?”

Kang Woojin is literally the ruthless version of Sung Jin-Woo. The MC is pretty overpowered as he holds prior knowledge, and the story has a great pace to keep you hooked until the end.

6. Tales of Demons and Gods

“When Nie Li lost his life against the Sage Emperor while trying to protect his people, he returned to his younger self. How will he prepare for the upcoming calamity with his past life’s knowledge?”

In this novel, the MC has a lot of advantages since he’s quite knowledgeable and knows the future. You can expect some awesome surprising moments and action scenes along with some mysteries.

5. Leveling with the Gods

“Kim Yuwon became stronger than anyone else, but in the end, he lost and was given another chance. Through his comrade’s sacrifice, he came back into the past, and now he attempts to climb the Tower again.”

Even though the concept wasn’t new, it is well-executed. The MC knows his future, so it obviously gives him a lot of advantages. Also, his personality makes him quite remarkable, and you can expect quite a lot of entertainment from this novel.

“Chun Yeowun is the bastard son who isn’t born to a slave of the Lord, and he was always a victim of assassination. When he reached fifteen years, a mysterious man from the future injected him with billions of Nanomachines.

With the ability of the Nanomachines, which can act as a formidable guide, can Chun Yeowun take revenge against the six clans who killed her mother?”

Nano Machine was a fantastic read with an amazing main character. He is ruthless and quite intelligent, and he has an amazing cheat called Nano, which has modern technology. It is one of the best light novels with op mc.

3. The Irregular at Magic High School

“The story sets in a world where the world is advanced to use magic as a technology. Tatsuya Shiba and his sister were accepted into the academy, but he was regulated to the Second Course due to his lack of magic potential.”

Even though the MC has low magical potential, he’s extremely smart and has a lot of knowledge about technology. So, he uses his fighting skills and technology to his advantage to defeat any formidable opponent.

“Momonga wanted to experience the final moments of his favorite MMORPG before it shuts down, but somehow he got stuck in the game. Will he live a satisfying life, at least in here?”

Overlord is a fantastic light novel because the story gets better as you go through the chapters and the translations are pretty amazing. Momonga is one of the most op characters out there.

“Sung Jin-Woo was a weak hunter, but one day, he gets a system that lets him become stronger in a dual dungeon. What’s the motive behind the system’s architect, and how will his life change from now?”

Solo Leveling was the first light novel, and it was a fantastic experience. Sung Jin-Woo is quite an overpowered main character as he’s the only one who levels up.

You might’ve had different tastes when it comes to reading light novels, but in this genre, you’ll be getting every one of them.

Since it feels pretty amusing to see how the main character overpowers other characters and teaches a lesson to arrogant ones, these encompass some extraordinary moments.

So, what are your thoughts on the list? Let us know what you think in the comment section below.

Gate Anime Season 3 Release Date: Everything You Should to Know!

Will There be Overlord Season 4? [Release Date]

4 of the New Manga Debuts by Kodansha in September 2021!