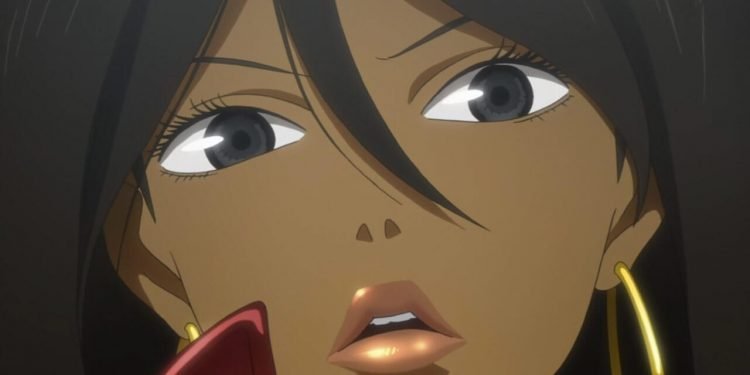 As anime is a creation of Japan, Japanese characters dominate anime culture. But some other cultures of the world can be found there too.

As anime is getting more and more popular in other parts of the world, creators are engraving diversity in the anime world to gain more attention.

Today we are going to celebrate this diversification with this list of Mexican anime characters. You might as well call them Latino anime characters, and we hope that you will love to know them.

Sado Yasutora AKA Chad is a tall teenager of Japanese and Mexican descent. He is dark-skinned with pronounced cheekbones and has wavy brown hair with bangs that generally hang over his brown eyes.

He has a tattoo on his left shoulder that consists of a winged heart and a snake, with a ribbon that reads ‘Amore e Morte’ (“love and death” in Italian). During the series, Chad shows that he is stronger than most can imagine, and he seems to have an innate special power that develops quickly.

He has unimaginable speed and strength, tons of stamina and spiritual power. During his early years, Chad was extremely violent. Exploiting his advantage in size, he intimidated and hit any child who annoyed him.

Oscar Joaquin de la Rosa, his abuelo(grandfather) inspired Chad to be gentle. Afterwards, Oscar gave Chad an old Mexican coin, which he treasured after Oscar’s death. Since then, Chad vowed that he would never fight unless it was to protect others, even if his own life is in danger.

Leo de la Iglesia is a professional American figure skater and choreographer. He is of Mexican-American descent. He is an energetic character. Furthermore, he has many fans among fellow skaters, and his social media updates are largely well-received by his fans.

He won gold at Skate America during the current season, but did not place at the Cup of China, due to him messing up several key jumps in his free program. Leo has medium-length brown hair, brown eyes, tan skin, and thick eyebrows. He usually parts his hair in the center and ties it back during competition.

Nadie is a maverick female bounty hunter and a top marksman, from Mexico. Her name in Spanish means “nobody”. She holds an optimistic attitude.

She was the sole survivor of an attack on her hometown. Primarily she was appointed to protect Ellis who has some odd powers which need to be protected. Later, Nadie accompanies Ellis on her journey.

She is feisty and can lose her temper very easily, but she does not joke around when it comes to protecting Ellis. Nadie has a habit of saying, “If you have any last words, say them now”.

Quetzalcoatl is a character adaptation of the feathered serpent with wings who is an Aztec(a member of the indigenous people dominant in Mexico before the Spanish conquest of the 16th century) god.

There is another trace found of Quetzalcoatl as the Mesoamerican dragon. When we first see Quetzalcoatl, he is a huge black and purple dragon that destroys everything that gets in his way. He is big and powerful, strong and dangerous.

But when he is defeated, we see his real form; a cute and tiny little green dragon with Aztec designs and an insatiable appetite.

Ricardo Martinez is a featherweight boxer whose fighting style has been called “immeasurable and otherworldly” by other characters in the series. He is renowned for his skills both in his home country and abroad.

He was the one who defeated Eiji Date, Japan’s strongest contender in his weight class, twice. Ricardo defeated the majority of his opponents via knockout. His eye and hand coordination are extraordinary.

He is a quiet man of Mexican origin who is one of the most formidable opponents that Makunouchi Ippo must face.

Lala Gonzalez is portrayed in the School Rumble anime as a Yagami High School transfer student who transferred in from Mexico. She is a black-haired and brown-eyed girl and a skilled practitioner of ‘Lucha Libre’.

After her mother (Karen) left, she was raised by her father, who taught her his wrestling moves. And to fulfil her father’s wish of making it big, she moves to Japan in the hopes of becoming the greatest wrestler. There she met Ichijou, her rival, who holds the same as her mother.

Pepe Iglesias is a high-ranking Megaloboxer and contestant in Megalomania, set to fight Yuri. He is one of the Spanish characters who only speak Spanish in the anime.

He uses Mexican sugar skulls to represent himself thematically. Furthermore, he is a self-assured, talented boxer who knows how to hype up a crowd. He has black hair, brown eyes, and wears a hat.

These are some remarkable Mexican anime characters you should be aware of. Did you know some of them as well? Did you find anyone as your favorite? Let us know in the comment section below.

Violet Evergarden: 5 Reasons Why You Should Watch this Emotional Roller Coaster!