Top 10 Best One Piece Arcs Ranked! [An Accurate One You’ll Ever See] 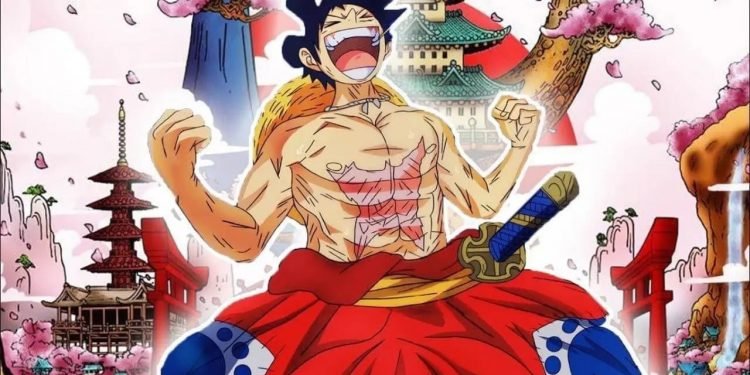 After completing more than a dozen arcs, 1030 chapters, and 1000 episodes, One Piece is among the long-running series. One piece’s author, Eiichiro Oda, says that we are very close to the end. Only Few One Piece arcs left before it ends.

Among all the breathtaking arcs, there are few which we chose. We thought these would be the best arcs of One Piece. They made the One Piece storyline so enjoyable that we love the series so much today.

Alabasta is the first major arc after entering Grand Line with anticipation building since the Whiskey Peak arc. The very first warlord was introduced in this arc, and we learned so many things about the one piece world from this arc, including the void history and the existence of poneglyph.

To help their friend Vivi, the Straw Hats fought the Warlord Crocodile. He was the first person ever to beat Luffy in a fight.

After defeating him and his organization, Luffy made the world government realize how much of a threat he would be in the future. The government raised Luffy’s bounty to 100 million berries after this.

Thriller Bark is one of the underrated One Piece Arcs and one of the most hilarious ones. This arc has everything, zombies, mythical creatures, and a warlord who can control shadows.

Not only did Straw hats get to fight another warlord of the sea, but they even got to see some mythical creatures like Oars who were believed to died a long time ago. And the most important thing, we found our musician for the crew, Brook- The Soul King.

The most important thing was that we got to see a setup for many future arcs to come and an introduction to many future enemies of the straw hats.

We also got to see zombies of some of the legendary people of One Piece world. Also, the single most important thing of this arc, i.e., “nothing happened.” (Imagine it in Zoro’s voice)

The Zou Arc comes exactly after the Dressrosa arc. Zou island arc is not that long and doesn’t have many hardcore fighting scenes, but it is a setup arc for the future of one piece world, and it’s an essential one.

It reveals too many past stories and why Kinemon is gathering allies and straw hats to discover red poneglyph, which would be a big step in their dream of achieving One Piece.

Zou arc is mainly set up for the next two arcs, i.e., Whole cake Island and Wano Kuni. Luffy decides to go and rescue Sanji from Big Mom and send his others to Wano with others.

This arc introduced us to the Minks tribe, and the “Pirate-Ninja-Mink-Samurai” alliance was formed. Luffy sets out to rescue Sanji and get the copy of Big mom’s other poneglyphs.

The Skypiea arc is one of the most underrated arcs in the series. Some people even think of it as a One Piece filler arc. But it’s not; it’s an arc that tells about the ancient history and civilization which existed. We even got to see a poneglyph there with Pirate king Gol D. Roger engraving on it.

Arc follows a maniac who calls himself a god and wants to conqueror the world. Straw hats who were on the adventure to find a sky Island somehow arrived here and got in trouble with the god himself.

We also find the identity of ancient weapons by the end of this arc. This arc builds the hype for the future arcs to come.

Impel Down is one of the One Piece story arcs, which shows the worst side of the world government. and an unbreakable prison which Luffy infiltrates and escapes just to save his brother Ace from the execution.

After entering and escaping the world’s strongest prison, Luffy gave a fatal blow to the world government. Luffy meets old allies like Mr. 2, Bon Clay during the arc and enemies like Captain Buggy.

He also makes new allies like Jimbe, who will later join the straw hats crew, and Ivankov, a commanding officer of the revolutionary army, which Luffy’s father leads.

He even found Crocodile and made him his ally and, with his help, escaped Impel Down.

This was quite an important arc for Luffy as he had to fight some insane enemies. He had to defeat two of three top Big Mom pirates generals. Luff had to develop his skills while fighting these insanely skilled enemies.

Also, this arc shows the back story of Sanji and why he is the way he is. The main objective of this One Piece story arc is to rescue Sanji and steal copies of poneglyphs from Big Mom.

This arc made Luffy a big name in the One Piece world, so big that he is called the fifth yonko of the sea. While Luffy was fighting and developing his skills, Sanji had to show his cooking skills and choose where he belonged.

The currently ongoing arc, i.e., the Wano Country arc, is the longest-running arc in One Piece as of now. Luffy decided to take on Kaido and Big Mom with the help of minks and samurai.

The arc will not just contain amazing fights, but there is a good chance that many secrets will be unveiled too. Straw hats will have to increase their strength too.

According to the manga, Luffy is already defeated two times by Kaido and is attempting for the third time. In the end, they will not just defeat Kaido, but they might also get a copy of Kaido’s poneglyhs.

As it is still ongoing so we can’t say much, but we know it will go as the best One Piece story arcs so far. Luffy will emerge as a stronger candidate for the throne of the pirate king after this arc.

This arc was the first major challenge for straw hats after their arrival to the New World. This arc reveals the history of Law and Doflamingo and also introduces the new admiral of the Navy Fujitora.

Dressrosa also reveals the influence of Doflamingo. In the end, Luffy made a grand fleet of more than 5000 soldiers without him wanting one.

After allying with Law, they both arrive at Dressrosa. To destroy the smile factory and ruin Doflamingo’s relation with Kaido.

This arc not only reveals secrets but also helps Luffy meet his brother Sabo, who they thought was dead. Also, we got to see Gear 4 Bounce Man in Dressrosa too.

Out of all the One Piece story arcs, it is the best pre-time skip arc by far. The center was robin and straw hats mission to save her from the world government.

We found out the back story of robin and the genuine bonds between the crew. It is just not another arc in one Piece; it shows how far Straw hats are ready to go for their dreams and friends.

They declared war on the world by burning the World Government’s flag. Also, Luffy got his first power-up in this arc, i.e., Gear 2 and Gear 3.

The Marineford Arc is the final arc before the time skips in One Piece. It shows many of the big names of the One Piece world and a war between the strongest man and the Navy.

It also revealed many secrets and would go down in history as ‘the war of the best.’ This arc starts exactly after Luffy escapes from Impel Down. When he couldn’t save ace, he heads to the marine ford.

At marine ford Navy, with its large army, its super-strong admirals and warlords fight Whitebeard, a Yonko of the sea in New world. Luffy also realized how weak he was in front of these massive powers.

This one piece story arc shows one of the saddest death, i.e., the death of Ace, and also how it left Luffy broken. But in the end, before his death, Whitebeard told everyone about how One Piece is real.

One Piece is a Phenomenon across the globe which people love. It’s just not an anime; it’s an adventure. It’s been on-air since its release in 1999. How it will end, no one knows, but it definitely would blow our minds, and we would love it.

These were some of the few arcs from the One Piece storyline, which I thought can be easily said as the best One-piece arcs. We chose them from more than a dozen arcs that one Piece has.

If you think we should have included some other arcs instead of these, feel free to let us know your thoughts in the comment section below.

13 Best Vampire Webtoons You Must Read!