10 Best Romance Anime to Watch with Your Girlfriend! 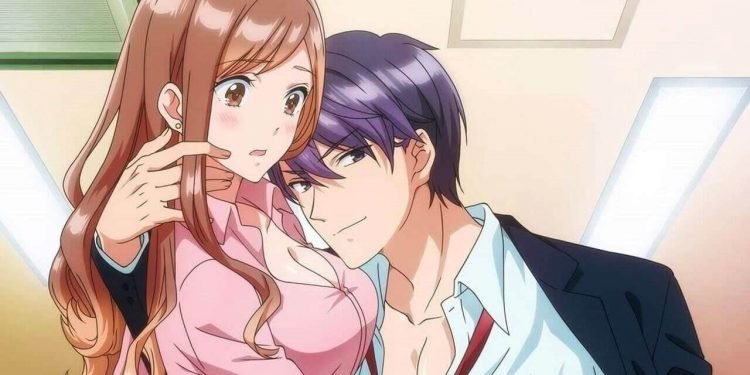 “Best Romance Anime Series of all Time, which can spice your boredom!”

Romance in anime can get quite stretched at times, but regardless, we’ll enjoy every minute of it. The heartbreaking endings, unexpected proposals, and sudden kisses are some of the things we look forward to.

Sawako Kuronuma is misunderstood by everyone due to her resemblance to the ghost girl from the ring. But one fine day, she meets a nice boy in the class who befriends her and changes her sad life.

Kimi no Todoke gives you a fuzzy, warm feeling, and most importantly, it suits everyone’s tastes. Although we can’t relate much to the storyline, it escalated beautifully. If you want a delightful love story, watch this romance anime at any cost.

Young girl Nanami  Momozono is a poor high school that gets kicked out because of his father’s debts who skips the town.

She suddenly meets a stranger who offers her a home, which is a shrine, and unknowingly Nanami has taken over his job as a deity.

This show has a romantic and mystical StoryStory. It sets in a different world of reality, which gives off the vibes of a fairy tale.

Even though the anime is hilarious and romantic, it does have some sad parts, which every time can kick your heart. So, it is one of the most beautiful romance series.

The Story of this romance anime centers on a boy named Ryuji Takasu, who lives in a falling-down house with his mother. Although he is a nice guy, he has an evil look, which makes others avoid him.

He meets Taiga Aisaka, a girl who overcompensates for her small stature. Since she doesn’t know how to take care of herself, Ryuji helps her with the harsh life and leads a beautiful life.

You might’ve not been a big fan of romance anime, but when you watch this series, you’ll immediately get a liking for the romance genre.

Chiaki is a first-class musician whose dream is to play among the elites in Europe. He might not be as famous for his talent, but he is indeed a perfectionist and is more like a critic of himself and others.

His life suddenly changes when he meets a girl who is talented in piano known as Nodame. It is indeed one of the best romance anime series of all time.

Nodame Kantabire is one of the most entertaining anime series out there. If you’re in a state of boredom, you can try it, and you’ll be glad that you watched it. The characters and humor are excellent.

The story sets in a private school where Miyuki Shirogane is the president and Kaguya Shinomiya is the vice-president.

Working together for a long time, they both have a mutual crush on each other but one won’t propose to other ones because of ego.

On one hand, it contains a romantic plot and on the other hand, the situations entirely become hilarious between two smarties.

With an infinite amount of humor and enough amount of romantic scenes, you can’t help but watch the entire episode without a break.

As for the Story, two ostensibly women, both named Nana, become roommates in Tokyo. Their relationship is jeopardized as the harsh realities of adult life take place.

It wouldn’t be nice if I reveal any more plot than this. If you’re looking for an action movie and by any chance, if you happen to see this post, this isn’t the cup of tea you’re looking for; instead, Nana is a cup of coffee you’ll need every morning.

The Story follows Risa, a tall girl, and a short boy Otani. They laugh together at every simple thing and are known as a comedy duo. However, Risa has feelings for Otani, which makes him shook.

Well, how do you think this relationship is going to be? It is, without a doubt, one of the best romance anime series of all time.

Every minute of this series is a blessing for the audience. The story, lovely characters, and what else? It is a show from 2007, so the animation might not excite you much.

But other than that, it entertains you in every possible way. Hence, one of the best romance anime you’ll watch today.

A 16-year-old high school girl whose life becomes harder without her parents. She struggles to live her life and continues her schooling by working as a part-timer and living in a tent.

However, due to some incidents that take place, she lives at the Souma clan’s family house with the help of her classmate. And soon, she discovers strange things about the Souma clan people, which is a myth in the Chinese Zodiac.

Fruit Basket offers everything you expect from an anime series. It is funny, witty, heartwarming, adorable, and probably all the words from a dictionary could make up for the series.

2. Your lie in April

Arima Kousei is a skilled pianist who hasn’t been playing it since the death of his mother. But the passion doesn’t accept such things as quitting.

One day Arima meets a girl, and she turns out to be a brilliant violinist like him. Their meeting is more like destiny as she tries to guide Arima back into the world of music.

It might as well become one of your favorite anime. So make sure you watch this romance anime at any cost. A simple review can’t do justice to the show.

It is an Enthralling and must-watch series. This anime expresses most of the feelings that most of us can’t express in words. It would probably be suitable if we call it an Emotional Masterpiece!

A few months have passed since he confessed his love to the person he loves. Tomoya and Nagisa’s relationship begins to enter a different level, and it is no longer the same as in the old days.

Unfortunately, as Tomoya and Nagisa begin a new family together, they experience various hardships and obstacles in their way. Through his relationship and different encounters, Tomoya begins to understand the importance of the family.

Clannad: After Story teaches you one thing in your life is that emotion is a powerful thing. If you let go of it because of any obstacle in your life, you can’t move forward.

It has everything you will need in an anime, including the heartbreaking ending.

Well, these are some romance anime you can watch and if you ever feel a little bored, these will help you get rid of boredom. So, make sure you check everyone one of these to find one that suitable for you.

The above list is made up of the finest anime shows, and they’re sure to wake the Romeo hidden inside you. What are your thoughts on our post? If you feel like there are some other good romance anime out there, let us know them in the comment section below.