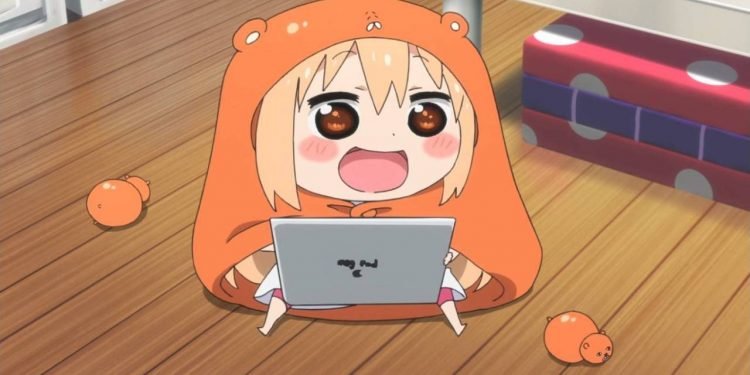 Having a busy schedule lets you miss many things, and not being able to watch anime might be one of them. If you work a 9-5 job, you probably won’t have much time on your hands.

That’s when you should go for some good short anime series. These consist of 11-12 episodes and can be binge-watched in a day. So, these are perfect for your weekends!

On a typical day in Japan, a massive earthquake of 8.0 caused a tremor across the landscape. Can Mirai and her brother reach their family despite all the chaos?

If you’re a survival-themed anime fan, Tokyo Magnitude 8.0 would be a perfect short anime for you. You’ll probably marathon the whole series in an evening.

Even though many parts of the show are slow-paced, you’ll enjoy its story and characters. Make sure to have a box of tissues with you before finishing it because it may make you cry.

High School is one of the most prominent days in every person’s life. Tadakuni, Hidenori, and Yoshitake are going through the teenager stage, and we’ll explore the days of their youth as they undergo various tribulations.

Daily Lives of High School Boys is possibly one of the funniest comedy anime series we’ve come across. It presents some ridiculous scenarios to generate comedy, and it is pretty short.

You can actually relate to the experiences you’ve had in high school, and its ending is so good too. If you’re looking for some good short comedy anime series, this one is right up your alley.

When Tokyo gets hit by a terrorist attack, the only way to identify the culprits is through a bizarre video uploaded to the internet. Apparently, the culprits are a couple of teenage boys. What could be their motto?

Terror of Resonance gives you a perfect start with a groundbreaking episode, and the story feels like a breath of fresh air with a unique concept. The sound, animation, characters, and every aspect were well-presented.

Don’t get thrown by a few weaker episodes in the middle, and you’ll have yourself an amazing short anime series.

When people die, they come to a mysterious place known as Quindecim, which decides whether they’re qualified to reincarnate or not. Decim acts as the arbiter, who judges the soul’s qualifications.

He’s always been an on-point judge without any complications, but when he meets a young boy whose fate seems impossible to decide, what will he do?

If you’re wondering what happens when people die, we don’t have an answer, but this anime does. It feels as if nothing is right with this anime, but in the end, you can’t help but love it.

If Psychological anime series are your type, you should consider watching his one.

Sakakibara moves to a new town, and at his new transferred school, he meets a girl named Misaki, who seems to be avoided by the whole class.

After crossing paths with her a few times, his days are never the same again. He finds himself in a whirlwind of terror, and what could be the mystery behind this girl and the town?

Horror is one of the few genres that offers maximum entertainment, even with a standard storyline. Another is a kind of anime that even hooks up people who aren’t into the horror genre.

With a thrilling plot and scenarios, mysterious characters, and oblivious situations, it sucks you in until you binge-watch it. It is one of our favorite short anime series.

Saitama has become a hero for fun, and he can kill any enemy with a single punch. He gets bored of this lifestyle and looks for a strong opponent while living his typical days.

One Punch Man is probably the best beginner anime besides Death Note, in our opinion. A lot of people seem to like it, and it is hilarious. Its story is nothing more of decent, but Saitama’s character is worth every minute.

If you’re looking for a short anime series with good animation and hilarious scenarios, watch it.

Otonashi wakes up in his afterlife without any knowledge of his past. He meets Yuri, who makes him join Afterlife Battlefront to fight against God. Can he recall his memories through this meeting?

Don’t tell me you’ve watched an anime with the most beautiful and tear-jerking ending because you’ve yet to watch Angel Beats. This anime isn’t some masterpiece that you’d wish for another season.

However, all you’ll wish for is another episode in the end. It takes time to hook you up, but the last few episodes will leave you speechless. It is a must-watch short anime for every anime lover.

Sora and Shiro, the unbeaten duo in online games, are summoned to a world where everything is decided by games. What must be the god’s purpose?

No Game No Life is one of those anime series where the main character(s) is a genius. The duo’s ability to guess the opponent’s next movie is spectacular.

Even with only 12 episodes, it covers a lot of story and makes every minute worthwhile. If you haven’t watched a good short anime in a while, this could make up for it.

In a world where people with abilities are used for experiments after the abduction, Yuu Otosaka, with a unique ability, meets Nao Tomori. Together can they bring a change to this world?

You don’t need 50 episodes to create a beautiful romance, an emotional interaction, and a beautiful ending. Charlotte anime did everything in thirteen episodes with such an outstanding execution.

If someone didn’t watch this anime and had been looking for a good short anime, we highly recommend that they stop searching and watch it.

If you face yourself with a weird phenomenon where you go back to the past, what would you do? Well, Satoru Fujinima decided to save someone when he was a child. Will he succeed?

Seriously, what do you do if you ever face such a situation? Erased took on a solid premise with the time travel concept, and what followed after that was a flawless execution.

The anime was driven at a fantastic pace from the beginning to the end. The ending might seem a little controversial, but it was beautiful.

Having been grown up in a war-driven land, Violet was used as a weapon. However, when she met Gilbert, everything changed, and in the end, he passed away with three beautiful words: “I Love You.”

Violet Evergarden is one of the few anime series where it’ll all end up in tears. It is a visual masterpiece with the most beautiful animation. People often mention that even holding up their tears won’t be enough.

If you haven’t watched this anime yet, make a spot on your favorite anime list because it will make its way there in no time.

There are plenty of short anime series, but if you ask us why we chose these, we don’t have an answer. We just went with the flow and expressed what we truly felt while watching these 11 short anime shows.

If you can think of any anime that deserves a spot on the list, feel free to drop them in the comment section below.

Top 10 American Anime You Shouldn’t Be Missing Out!