10+ Best Thriller Anime That Will Blow Your Mind! 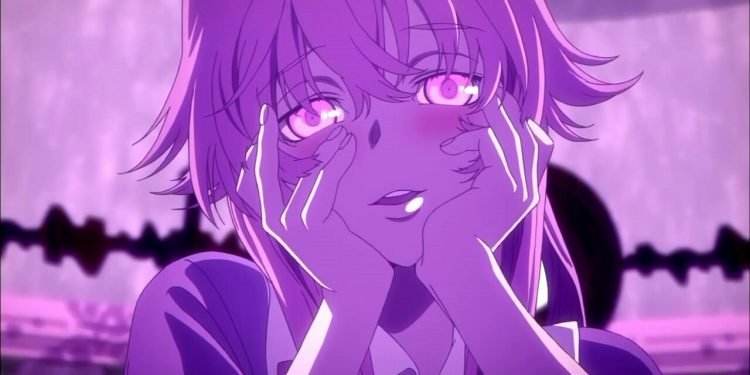 Thrill is something you can never get bored with. Whether it be a suspenseful story filled with twists or a horror story with unpredictable events-thriller shows are spectacular.

If you’re looking for some good thriller anime, this list is probably the one all you need. So, let’s dive into the list of the best thriller anime shows, you can’t get enough.

The streets of Tokyo have become a playground for a new menace known as “Shounen Bat.” This young boy wearing golden roller skates and carrying a baseball bat whacks people on the head. Can police stop him?

Paranoia Agent is one of Satoshi Kon’s gems, with quite a remarkable story and intelligent execution. The story flew as good as it did, and it keeps you guessing until the end. Be assured, it will keep you occupied the whole time.

Without any goals in his life, Yuki lives a normal life. However, when he finds his cellphone filled with entries for the next 3 months, he realizes his life won’t be the same anymore.

In fact, there are other people with similar diaries with different abilities. In this survival game, the winner gets to become the Lord of Time.

Future Diary is one of the popular anime which you might’ve heard numerous times. Despite what people say, we think it is a great watch if you’re longingly expecting a thriller experience.

In NiaLand A.I. themed park, Vivy, the first autonomous android, makes people happy with her singing. However, when an A.I. teddy bear from the future appears and tells about the war between humans and A.I., Vivy decides to stop it, no matter what it takes.

WIT Studio creates wonders if given enough budget, and Vivy proves exactly why. Regardless of reviews, we think it is one of the underrated anime shows which you must give it a watch before deciding on yourselves.

When a group of three friends find themselves in a strange city, they wander around knowing nothing. Even though it seems as a joke at first, soon, they’re forced to play deadly games to survive.

Despite having only 3 episodes, Alice in Borderland offers you quite a lot of entertainment. The survival games are pretty exciting and there is also a live action series based on its manga. If you’re looking for a good thriller anime, you can go with this.

Ganta Igarashi witnessed his whole class getting slaughtered by a mysterious person and even framed as mass murderer. He was taken to a special prison where prisoners play various deadly games to entertain the viewers. Can he survive and prove that he is not guilty of the crime?

Deadman Wonderland is a gore and violent anime with some epic battle events. The whole setting is pretty much intriguing at the first glance. Although it comes with an unfulfilled ending and a few unnoticeable clichés in the story, the anime is worth a watch if you love thriller anime.

When alien parasites invade earth and take humans as hosts, one of them fails to take control of Shinichi; instead, it takes the control of his right hand. Now he has to survive against other parasites and save humanity.

Parasyte: The Maxim is one of the most beautiful anime series we’ve seen. Yes, you’ve heard it right. Although Parasyte anime seems to be a gore and intense anime, it has its touching moments. Nonetheless, it doesn’t stop you from being in the edge of your seat.

Sakakibara transfers to a new rural town expecting it to be joyous. Little did he know, his life would take a turn from hereon as he meets a girl named Misaki Mei. Everything feels wrong with the school and due to some unforeseen events, his days are nothing but filled with terror.

Another is one of the few horror anime shows which feels more of a mystery than horror. It gives you similar feeling to western horror flicks with amazing sound and the animation is splendid. If you haven’t watched a good horror thriller anime in a while, give it a shot.

When Tokyo gets hit by a terrorist attack, all evidence the government has is a video uploaded to the internet. The terrorists are none other than a couple of teenagers, and what could be their motive?

For one thing, this anime gives you a pretty good start. With a good animation and plot, it doesn’t leave you uncomfortable. Although it slows down its pace a bit in a few episodes, you won’t feel like parting with it. It is one of the best thriller anime shows we’ve seen, and you’d love it.

When a mad scientist Rintarou Okabe invents a microwave which can send messages to the past, he alternates a few things and likewise, many things change. However, they don’t seem to be good ones. Can Rintarou set everything back?

Steins; Gate is an anime which you’ll be spending by drooling off for like first eight episodes. Once it kick-starts, you won’t be stopping it until you binge-watch everything. It could become your favorite anime if you watch it.

Emma, Ray, and Norman live in an orphanage which is sealed off from the outside. One day, the find the truth related to the orphanage and ever since, this trio decided to escape it along with other children. Will they succeed in their plan?

The Promised Neverland gives you a wonderful glimpse on the plot with excellent characters like Emma, Ray, Norman, and Phil. It is not quite often you come across such an impressive thriller anime. We highly recommend this series to the people who want to be gripped by a fascinating tale.

Dr. Kenzo Tenma is a talented neurosurgeon with good principles. When he finds himself in a twisted situation to choose a young boy or the mayor, he saves the boy as he came first. From the next day, his life shatters as consequences come rushing to him.

Monster anime is nothing short of a masterpiece, despite its daunting length. Every scene feels as if it is crafted with care and effort. Truly a gem among the gems, and if you’re looking for a good thriller anime, this one is for you.

What happens when a genius highschooler who is sick of the criminals gets a death note? On another note, a Death Note is a book which kills anyone if the name is written by visualizing the person’s face. Well, he isn’t alone. A detective named L begins to trace him down and so, the game of a cat and mouse begins.

It is a written rule that Death Note is the greatest thriller anime of all time. Every episode comes with a new twist, and you’ll be mind-blown by the intelligence displayed by the characters. Just watch it and you’ll know why.

Thriller anime are pretty rare; at least the ones which are good enough to make you go “Woah!” In this article, we’ve made sure to recommend you various thriller anime with different settings.

So, what is your favorite thriller anime? What would you recommend to our audience on Anime Ukiyo? Let us know your thoughts in the comment section below.