Each entertainment source describes vampires differently, and it’s the same in the case of anime. Below are some of the many vampire anime girls that make you fall in love with them, who are not just delicate but are powerful and deadly at the same time.

Vampires are mythical creatures that have been popularised through various literary sources. It is only natural that vampires make an entry into the world of anime. These bloodsucking beings portray themselves as majestic, often emotionless, who live in dark areas due to their incapacity to bear the sunlight.

Each entertainment source describes vampires differently, and it’s the same in the case of anime. Below are some of the many vampire anime girls that make you fall in love with them, who are not just delicate but are powerful and deadly at the same time.

Yuuko is a kind and beautiful girl who transforms into a vampire at the sight of blood. She is the wife of Makoto Tamaru and loves him greatly. After an incident where Yuuko stabs her husband at the sight of his blood, she feels guilty and self-conscious.

Almaria is a mature vampire from the Black World who fights using her ability to manipulate blood. She believes that feeding on others is embarrassing and has not bitten anyone. However, her hunger for blood puts her in upsetting situations.

Arcueid is a whimsical character who has problems following social norms. She is capable of close combat and reaches her full potential during a full moon.

Arcueid’s regeneration abilities and her ability to plant suggestions into the brains of others make her a strong vampire.

Shinobu is a mysterious vampire with a bright personality at around 500yrs of age. Her appearance varies according to the amount of vampire power she possesses.

Shinobu shows her affection towards Koyomi after he saves her life and gets jealous when other girls get too close to him. She also likes to assert her dominance by using archaic speech.

Saya is a cheerful vampire girl, but in reality, she is cold and reserved. As she causes trouble for others, people consider Saya to be a bad omen.

She uses her intelligence and excellent swordsmanship to defeat her enemies in a battle. Saya wishes to drink human blood but cannot due to her contract with an unknown person.

Cordelia is a manipulative, abusive woman who will go to any lengths to get her husband’s attention. The daughter of the Demon Lord considers her beauty as one of her abilities. Cordelia is a vampire with a twisted personality and values herself before anyone else.

Krul Tepes (Seraph of the End)

Reigned as the Queen of Japan, Krul thinks of humans as livestock and gathers them so that all the vampires have a steady supply of blood after the world ends.

Krul can withstand the sun without the need for any UV protection. As an effective leader and a third progenitor, she is proud and will do anything for personal gain.

Agatha is a Royal female vampire, full of pride and hatred towards the Jaegers. She murders young men to preserve her youth. With her vampire abilities, Agatha takes active part in missions, unlike the other royal vampires.

During such battles, she lost her right arm and left leg. Agatha uses a prosthesis in her right arm that can scratch, and the one in her left leg acts as a dual blade. She acts gracefully in front of others but is rough while showing her true self.

Moka is the main female protagonist of the anime and wears a Rosario Cross around her neck, suppressing the vampire blood within her.

Inner Moka is the personality created due to the rosary and thinks of Outer Moka as her sister, protecting whatever Outer Moka deems essential. The Outer Moka is cold and arrogant and takes pride in being a noble vampiress. Her weaknesses are lack of blood and water as it has purifying properties.

Hikari is a sweet and cheerful vampire who refrains from biting into others’ necks. To survive, she consumes government-issued blood packets. Hikari loves eating garlic(despite popular belief that vampires loath garlic) and strives to help others.

Leticia is a rare pure-blooded vampire, a former Demon Lord, and currently serves the No Names community as a maid. She is an excellent swordsman who can control darkness and shadows. Leticia is proud of herself but will protect her friends no matter the circumstances.

Shalltear is a true vampire and the Floor Guardian of the first three floors of the Great Tomb of Nazarick. She is extremely flirtatious and open with her sexual preferences but can be quite innocent about certain things.

Shaltear takes her position as the Floor Guardian very seriously and will kill any servant who disappoints her. She likes to play certain mind games with her opponents before deciding whether to capture or kill them.

Alucard turns Seras into a vampire to save her from a fatal gunshot wound and joins as a member of Hellsing. She is a brave, trustworthy, and strong woman who is not afraid to question the orders if she thinks it’s against her beliefs.

Redcurrant is a species that trades life energy in the form of blood. Their species focuses on talent and not on appearances. She falls in love with Joel Garland, who dies early as Redcurrant sapped away his life without realizing it. After his death, Redcurrant decides to look after Joel’s garden till the world turns into dust.

The world of anime consists of beautiful yet deadly vampire girls. Every anime portrays them differently, making the viewers ponder about the true reality of vampires.

All the anime vampire girls have a story to tell and view humans differently. The writers have put their imagination as to how vampires lived and interpreted the world.

The existence of vampires may be questioned frequently, but it can be said with certainty that they may be not so different from us- being able to cherish and protect what or whom they value. 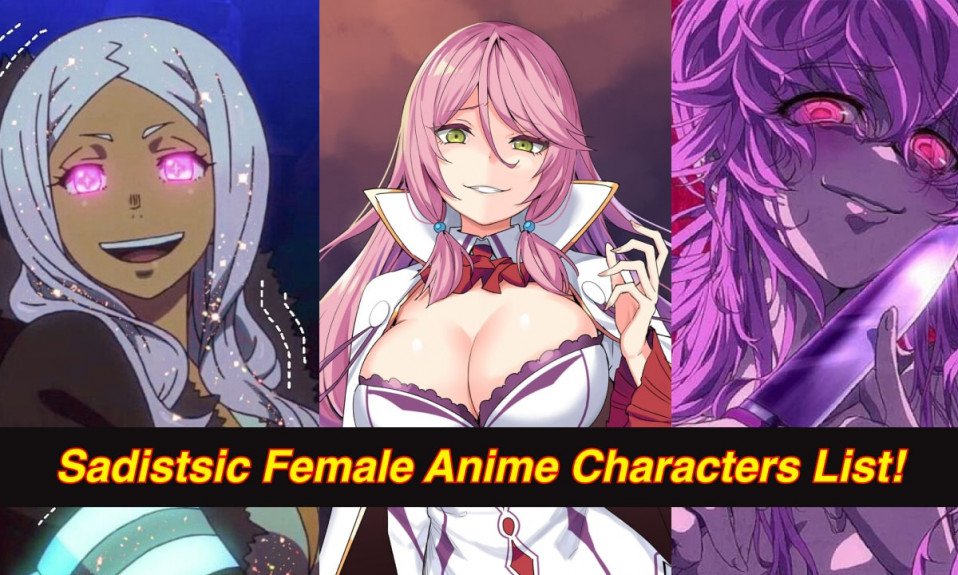