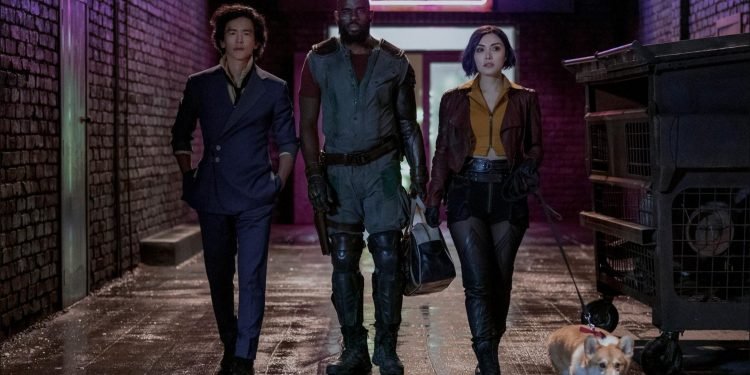 As you know, the Cowboy Bebop Live-Action series has been one of the most awaiting ones for the past few months. So, we finally have info on its release date and Netflix also released a key visual regarding it.

Apparently, the live-action series will be released on November 19, 2021 on Netflix, and here’s what we know so far about it.

More About the Live-Action Series:

Compared to the anime, we always expect a lot from these live action movies/series. Some impress and others just don’t meet our expectations.

Although we’re so excited to see this adaptation, there is still controversy among the fans. In the past, we have seen how they handled live-action movies.

So it’s obvious, isn’t it? Dragon Ball and Death Note have already been proven to be disasters. It’s still unknown how they can do justice to the anime.

Anyway, let’s hope they’ll satisfy the viewers by correcting past mistakes. That’s the least we can do as viewers.

The cast might seem too old to play a certain character, but in my opinion, they fit so perfectly. Now it all depends on how they executed such a fantastic plot and setting.

So, we’re kind of in a dilemma about what to comment about the series. Let’s hear what you think in the comment section below.

Latest Articles from Us:

Ultraman 2 is Scheduled to Premiere on Netflix in 2022!

Blue Period Anime Gets Delayed by Another Week Outside Japan!