The Best “Crest of the Stars Watch Order” Guide to Follow! 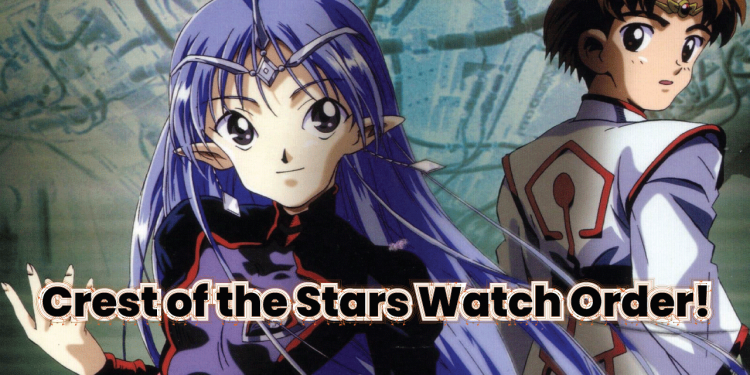 Crest of the Stars, a sci-fi anime that blows your mind with every episode with its action and romance. Are you thinking of watching it?

Good decision, but do you have a perfect guide to finishing it without any inconvenience? If not, here is the best Crest of the Stars watch order for you.

Crest of the Stars Watch Order!

1. Crest of the Stars

The first part of the series aired in 1999, and it gives you the introduction of the characters and, also shows you a brief view of the storyline.

So, if you’re thinking of getting into the franchise, then the first part is “Crest of the Stars.”

2. Crest of the Stars: Birth

Since it is a special episode, it is also okay to miss it. But if you’re curious about Lafiel’s father, then try watching it.

3. Banner of the Stars

Banner of the Stars sets three years after the events of the first part and evidently, it is a sequel for “Crest of the Stars.”

Whether you watch the special episode “Rebirth” is up to you. But you definitely should not miss this one.

4. Banner of the Stars II

From the title, you can pretty much tell it is the sequel of “Banner of the Stars.” Of the trilogy, this one is my favorite, and you would be immersed with action and all.

5. Banner of the Stars III

Banner of the Stars III is one of the trio and the last part of the series; you must watch this one after completing the rest.

It is the pretty much accurate Crest of the Stars watch order you can follow.

A Quick Review on Crest of the Stars Anime!

If you’re wondering whether this anime is going to be a worthy watch, don’t think twice. It is an underrated gem with an exceptional storyline.

The pacing is good, and the characters are wholesome in this one. If you get into it no zero expectations, you’ll have the same reaction as mine.

There are only a few anime shows that depict space saga successfully and Crest of the Stars is one of them.

With this article, you no longer need to worry about its watch order. There are some special episodes in this anime, but I don’t think they’re a must-watch.

If you can afford to spend more time, it’s up to you but other than that we don’t really recommend them.

We hope you’ll have a great watch and if you have any queries/thoughts, feel free to share them with us through the comment section below.

God Eater Season 2 Release Date: When is It?