Dororo-You might’ve heard about this Classical Masterpiece at least once. If not for its popularity, at least for its reboot. The director Osamu Tezuka is an everlasting impression in the world with astounding works like Astro Boy, ‘Black Jack, and ‘Kimba the White Lion’.

Being a recreation of the anime of 1969, Dororo (2019) has proven its worth as a successful reboot. In my opinion, it still needs more recognition. Let’s see what aspects made Dororo a Masterpiece!

Dororo is a Japanese manga series written by Osamu Tezuka in the late 1960s. Later after 50 years, MAPPA studio, along with Tezuka productions, made it an anime series of 24 episodes. The first anime, which was made in 1969, used to have 26 episodes with half-an-hour length each.

Also read- One Punch Man is Overrated Yet an Enjoyable Watch! (2020)

Lord Daigo Kagemitsu makes a deal with the demons in exchange for his son’s body parts to save his country from crisis. However, somehow he survives with the help of a doctor named Jukai.

After a few years, he fights the demons to regain his body, and as a result, the land of Daigo perishes from its stable condition. What’s the right choice? Getting back his body or saving land that survives by the will of demons and wars.

Dororo sets in an ancient world where Emperors rule it. Even though the setting is not fit for great Animation, they nailed it by improvising the character designs.

Dororo takes place during the Sengoku Jidai era, and it shows how Japanese culture was in those days. Confronting its viewers with the political and religious violence era, it lets the audience know that the history of Sengoku Jidai is a history of war and faith. Well, consider it a learning new thing and watch it.

One of the best things about this anime is the relationship of Dororo and Hyakkimaru. The way Dororo calls Hyakkimaru as “Aniki(Bro)” simply shows how he cares for him. It’s not like they born in the same womb but still care for each other more than any siblings.

The character development is out of the bounds. You don’t get why the name of the anime is Dororo, while Hyakkimaru plays the role of the protagonist. Well, that’s where the brilliance of the anime shows up.

Brace yourselves. You’re about to watch an anime with grand openings and breathtaking endings. The opening itself is a masterpiece! And when you understand the meaning of the song, I bet you’ll never forget it in your whole life.

The visuals in the openings and endings are simply stunning besides its deepness. Well, probably it would be best if you view the opening “Fire” yourself.

Apart from openings and endings, the music is fantastic in the whole series. Don’t blame me if these soundtracks leave a scar in your heart.

Even though I watched countable anime shows, I never have witnessed such a plot as Dororo. There might be some similar dilemma plots where you can’t judge what’s wrong and what’s right. But in Dororo’s case somewhat, I found it’s different.

Since the plot is well-developed, I doubt you would find any flaws in it. So, in terms of story, you can count on the anime, and it does a hundred percent justice for the viewer. Dororo is one of the anime shows which contains plot as the most influential aspect. 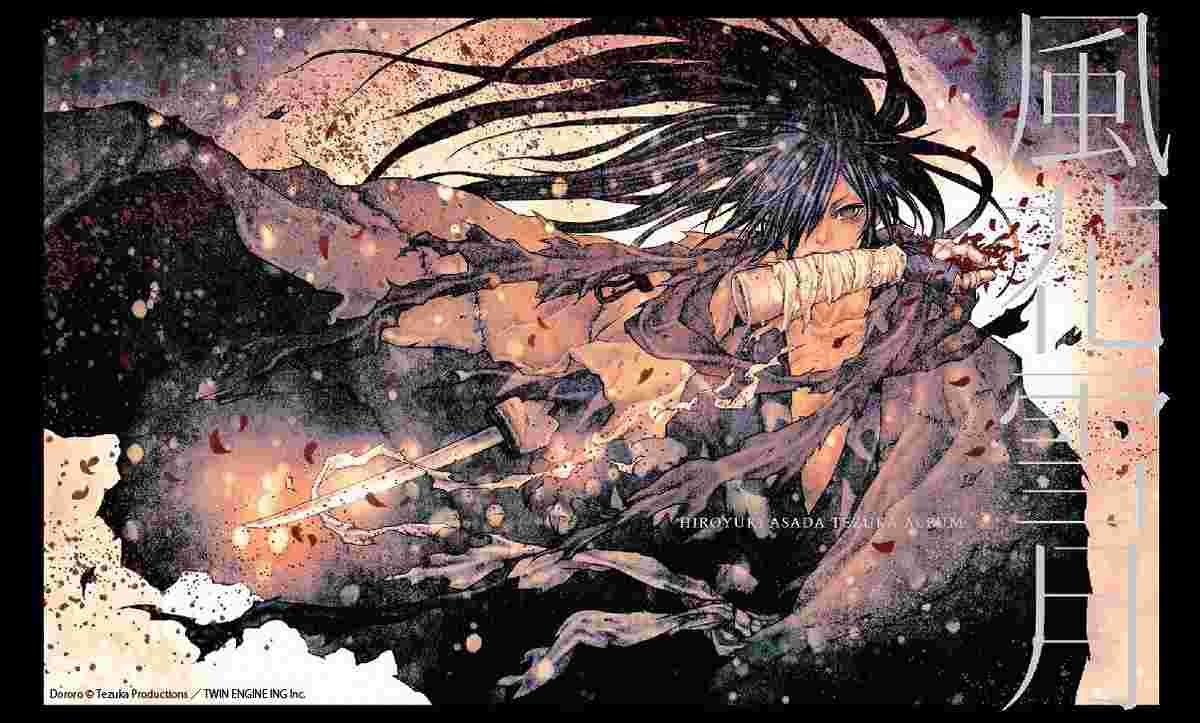 Probably you already know this, but still, I’m going to mention it. It’s been more than 50 years since Dororo manga was written, to be precise in the late 1960s. And in 1969, an anime series based on the manga was aired with 26 episodes.

Exactly after 50 years, the anime is back with a reboot, and surprisingly it is one hell of a reboot. Why do you think they made it a reboot after 50 years? Because they know it isn’t just some ordinary plot like a few anime out there. For at least this reason, you need to watch it.

Some people love anime with the Samurai environment, and some people don’t pay much attention to it. For those who don’t have an interest in watching a Samurai anime, Dororo could be a good start. And the action is one aspect you can love throughout the anime.

Even though the anime focuses mostly on the plot, the action sequences are epic, and the visuals are pretty good being a historical setting.

In our anime realm, there are a bunch of anime shows which teach us life lessons. However, it is hard to find anime like Dororo. Because it is based on the Sengoku period.

So the situation in that period is pretty much worse. Being in such a position, a nation cannot survive easily. And it shows how a ruler does anything to protect his land, just like how Daigo sacrifices Hyakkimaru’s body to demons.

This anime teaches you many ethics, and you can learn more about Japanese culture. So, at least for these seven reasons, you have to watch Dororo right now. Make sure to add it to your watchlist.