Fruits Basket is one of the most popular anime series of 2019. Even though it was a remake of the original anime of the year 2001, it has proven its worth in the “Slice of Life” anime genre. With an engaging plot and beautiful characters, it has been an extraordinary season. Well, the trailer for the second season is back, and let’s see what exciting aspects it holds this time. You can watch the trailer here:

The trailer previews the aftermath events of the first season. As we know, in the first season, the story has shown the bright side of Yuki and a little glimpse of his past self. And the events that scare him with Akito are still unknown.

As we recall, the name of the final episode of the first season is “Summer will be here soon.” The trailer shows the events which occur during the summer vacation of Toru and Somas’. Toru wants them to enjoy their holiday as she does, but due to their curse, they feel like it won’t happen. And Toru decides to change it by breaking the curse. It might seem stupid, but Toru, we know, has done many unbelievable miracles in the first season. Like making people realize life’s worth and stuff.

In the first season, the story has centered around Toru and Yuki. But it seems like the second season is going to show the true self of Kyo, and as we see in the trailer, he’s going to change himself. I’m not sure about it, but it does seem like his true form.

Toru and Yuki- Ship of the anime! 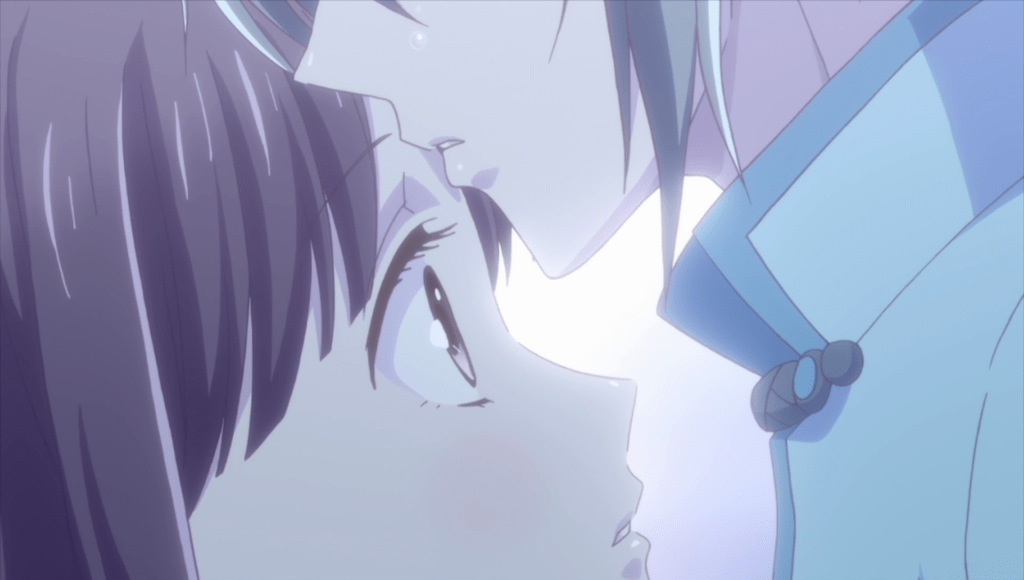 I know most of you have already been shipping Toru and our Prince Yuki right from the beginning. But there hasn’t been any love story between them in the first season. But there were a few scenes where Yuki and Toru got fond of each other. The view from the trailer reminds us of Your Name, but we never expected the next scene to be so beautiful.

The trailer has shown us many new aspects and two new characters Kakeru Manabe and Machi Kuragi. I think these characters will have a reasonable role.

In Japan, the series will premiere on April 6 at 25:30 on Tv Aichi and Tv Tokyo. And later it premieres on Tv Osaka at 26:05. The new cast Takuya Eguchi plays as Kakeru Manabe and Ai Kakuma as Machi Kuragi in the upcoming season.

As Usual, Funimation streams the dub episodes of Fruits Basket, and also, the company is planning to release the first three episodes of the second season on March 31(English dub) and March 31 (English sub). However, due to the issue of COVID-19, it might not be possible. It has already happened in Japan as their plan to release in the theatres of Japan on March 28 is a failure. Well, nothing can stop us from streaming it online, However, the episodes will be releasing weekly and each day of a week from April is going to be refreshing once it premieres.

The first season of Fruits Basket began airing in April 2019 and became one of the best reboot anime. Funimation and Crunchyroll are the streaming sources for the first season. The new season follows Natsuki Takaya’s manga and presents its original events. And the entire cast is different from the previous one as per Takaya’s request. So, there is no doubt that the anime will cover the whole story of the manga.

As for the direction, Yoshihide Ibata is returning for the second season as well at TMS Entertainment. Taki Kishimoto is in charge of the scripts, Masaru Shindo, for designing the characters, and Takaya herself is the executive supervisor of Fruits Basket. Well, the anime will be out in no time, and if there is any news regarding Fruits Basket second season, we’ll be sure to update. Until then, stay tuned for more updates!

Best Anime Movies You Need to Watch Before You Die!