Grand Blue Season 2 Release Date: Everything You Need to Know! 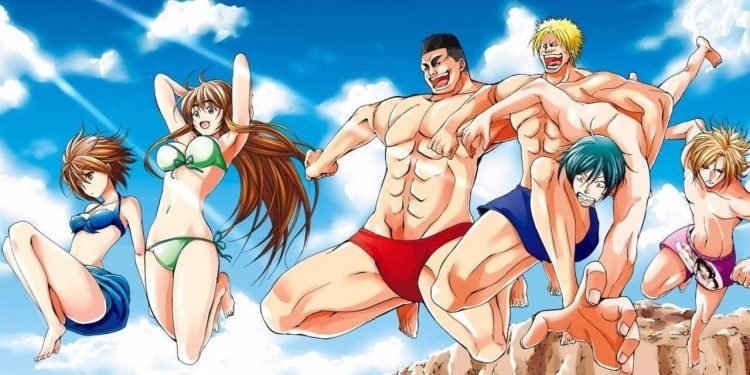 Grand Blue is among the best comedy anime series to date, and you can’t help but laugh your ass off every time we come across a few scenes. However, it has been three years already since the first season came out.

So far, there hasn’t been any official confirmation of Grand Blue season 2 from the franchise. Although it seems quite hopeless for many fans since it has already been four years, it doesn’t mean we won’t be getting another season.

We have recently seen how Classroom of the Elite and Spice and Wolf getting adaptations, and even The Devil is a Part Timer’s season 2 was announced. So, what are the possibilities of getting Grand Blue season 2?

Will there be Grand Blue Season 2?

Whether Grand Blue gets a second season entirely depends on three factors: Popularity, Past Performance, and Source Material.

Popularity: Grand Blue’s popularity is undeniably in the top echelon of comedy anime shows. Although it wasn’t a perfectly faithful adaptation of the manga, its popularity doesn’t fall from any other anime.

Past Performance: Grand Blue performed really well with the sales and constant increase in fandom throughout these past few years.

Source Material: It refers to the source from where the anime adapted the storyline like manga, light novels, and games. In this case, Grand Blue has a manga and in fact, a very successful one.

Possibilities of Getting Grand Blue Season 2!

From the above, we can come to a conclusion that nothing seems off with the anime, as it excelled in every important factor. However, there is a reason why it has not gotten a second season.

Just like many other anime shows, Grand Blue’s season 1 came out for a reason: to promote and increase manga sales. However, it isn’t entirely impossible to get another season.

If you can’t seem to wait for the announcement of the second season, you can read the manga. So, there are actually two options for you. You can start the manga from Chapter 1 so that you won’t be missing a few things which anime did.

If you don’t want to start reading from the scratch, the anime ends at Episode 12 which adapted Chapter 21. And Chapter 21.5 has also been animated in the previous episode.

So, you can start reading the manga from Volume 6, Chapter 22. If you are unsure of a good reading source, we’ll link it below to make things easier for you.

Since there has been no announcement of Grand Blue season 2 release date, we don’t have a trailer or teaser as of now. But in the future, if we do get a release date and a trailer, we’ll make sure to update it here.

In conclusion, it is not clear whether we’ll get the second season of Grand Blue. Since the anime was produced to promote the manga, it is highly unlikely we’ll receive another season soon.

However, since its popularity is immense, it is definitely possible to get a release date in the upcoming few years. If you’re interested in the seasonal anime updates, refer to our Anime Next Season page.