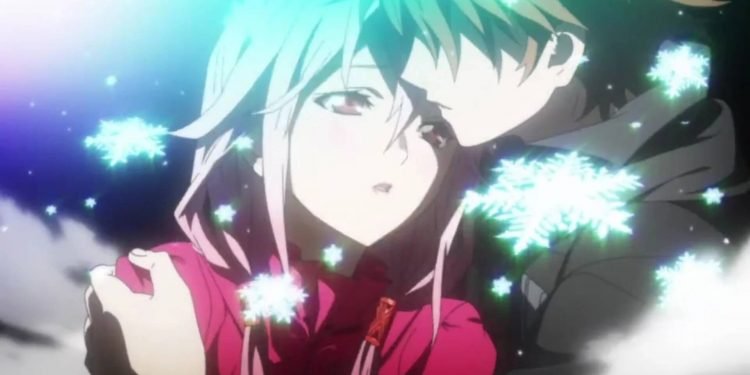 Guilty Crown was a nice ride with a great ending except for a few unexplained things. Since it is every short and addicting, you’d definitely want another season.

So, the question is, is the anime getting a second season? Or Guilty Crown Season 2 release date announced already? In this article, we’ll reveal all the details for you, so read it until the end.

Before getting to official announcement or season 2 confirmation, we need to determine whether there is enough content for the franchise to produce another season.

So, considering how the last episode of the anime left off, the story is pretty much finished. It did leave us with a few unanswered questions.

At this point, all we can expect is a reboot or remake, since the season is pretty much impossible due to the lack of material to continue the story.

As of now, there hasn’t been any announcement regarding the season 2 of Guilty Crown. So, if you wonder: Will there be Guilty Crown season 2? Our answer would be No! However, don’t lose hope because we can always expect a remake or reboot.

We have also seen a few unexpected season 2 announcements like Classroom of the Elite and reboots like Fruits Basket. So, it is not entirely impossible to see another episode of Guilty Crown on the screen.

Well, this will end in disappointment as well. The endings of manga and anime are actually the same. The manga has 7 volumes, but the anime left a few things and pulled off the whole thing in 22 episodes.

But you can start reading the manga from the beginning to find all of your unanswered questions (or a few). If you’re wondering where to read Guilty Crown manga, we’d recommend you go with Amazon Kindle (link is below).

Guilty Crown Manga consists of 7 volumes, but there are also a couple of spinoffs and side stories you might be interested in. Here’s the order:

Since there hasn’t been a confirmation or announcement regarding the release date, Guilty Crown season 2’s trailer is not released officially. However, you can watch its amazing opening song while you’re here.

No, Guilty Crown manga started in October 2011 and ended in November 2012. However, the spinoff lasted until 2014 before getting finished with 3 volumes.

Maybe, if the author feels like it, he might write a sequel or maybe another spinoff. So, now, the status of Guilty Crown manga is completed.

The bottom line of this article is we’ll never get a second season of Guilty Crown on Netflix or any other platform because the anime’s story ends exactly as in the manga. So, you might as well move on to the next anime.

If there is a related announcement from the franchise or animation studio, we’re right here to give you an update. Stay tuned on Anime Ukiyo and if you’re interested in more anime updates, visit our Anime Next Season page.

Top 50 Most Popular Female Anime Characters Ever! [For a Reason]

Will There be Noragami Season 3? [Release Date]