Kengan Ashura Season 3: Here’s When It Will Release! 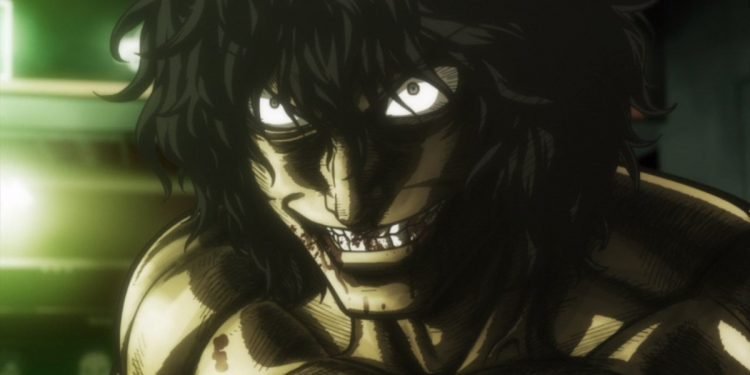 Despite how Kengan Ashura lacks to deliver everything perfectly, it was such a crazy ride. Two seasons were a blast with such well-crafted action scenes and a solid plot.

So, the question is, will we get Kengan Ashura Season 3? or has the Kengan Ashura season 3 release date been announced already? In this article, we’ll reveal all the details for you.

As of now, there hasn’t been an official announcement from Netflix or Larx Entertainment (animation studio) about Kengan Ashura season 3. However, that doesn’t mean we won’t be getting another season.

Considering how the previous two seasons have performed, we can predict whether and when will it release? It seems like the anime is delayed for a while and now, we’re with zero information. So, what are the possibilities of getting Kengan Ashura season 3?

When is Kengan Ashura Season 3?

Undoubtedly, both previous seasons of the anime have positive reviews from the majority of fandom, despite a few people trashing out the entire anime based on CGI alone. There was also a Reddit Post indicating how popular anime has gotten due to an MMA fighter’s YouTube channel.

Seeing how the video of Kengan Ashura got far more views than combined views of Attack on Titan and Captain America: Winter Soldier, it is not an exaggeration to say its popularity is wide.

So, it has only been a couple of years since both seasons aired, and if things go right, we’ll see Kengan Ashura season 3 in 2024. This is just speculation, and we might be wrong, but seeing how many anime series get multiple seasons depending on the timeframe, it is possible.

As we streamed the first two seasons on Netflix, the third season will be available on Netflix as well once it comes out. So, if there’s an update, Netflix will surely reveal it.

If you haven’t watched the first two seasons of Kengan Ashura, you can watch them on Netflix, as all the episodes are available on it.

If you can’t wait for the third season and want to know the story that happened after the events of season 2, the best way is to go through the manga.

You can start reading the manga from Chapter 135, but we highly recommend you read it from the beginning, as the anime leaves a lot of stuff that becomes essential in the latter half.

Kengan Ashura might not be a perfectly faithful adaptation of the manga. Nevertheless, it was a fantastic ride for the fans of martial arts anime. So, are you waiting eagerly for the next season?

If we do get an announcement about Kengan Ashura season 3, we’re right here to give you an update. So, stay tuned for more info and a similar article on Anime Ukiyo!

7 Hot Manhwa like Painter of the Night to Read!

Angels of Death Manga to Reach Its End in 3 Chapters!