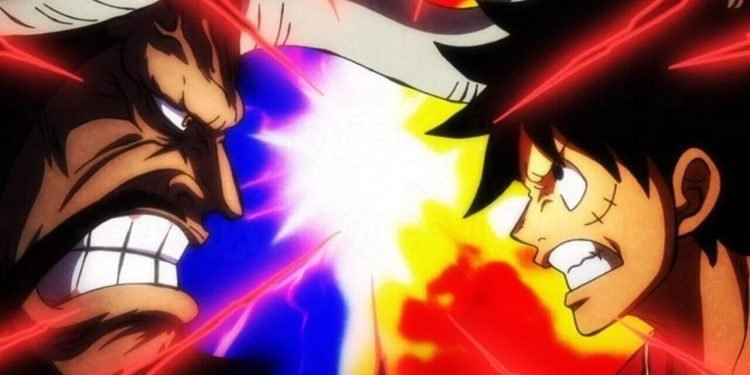 Luffy has come a long way from East Blue. He defeated ordinary pirates to corrupted marines, declared war against the World Government to save Nico Robin, and even fought in the war to save his brother.

On his way, he defeated numerous warlords like Crocodile, Gecko Moria, Doflamingo and even won the heart of the Pirate Empress, Boa Hancock. Even after being unofficially named as the Fifth Emperor, he has an impeccable obstacle in front: to defeat Kaido and free Wano Kuni.

So, how will Luffy defeat Kaido? Can he even fight him one-on-one? In this article, we’ll show you all the possibilities on how Luffy can defeat Kaido.

Luffy vs Kaido: Is Victory Possible?

Before getting into how Luffy can defeat Kaido, we need to determine how strong Luffy is and compare it to Kaido’s power.

During the Wano arc, we have seen Kaido one-shotting Luffy, and even after training in prison, Luffy couldn’t have possibly gotten power-ups that could rival Kaido.

So, as of now, Luffy can’t beat Kaido one on one, but there are a few ways, and here you go.

There is a reason why Zoro inherited Oden’s sword: Enma. Even after the Time Skip, we haven’t seen any Ultimate move of Zoro yet. So, he must have an incredible & deadly move hidden to be used.

Since Luffy can’t win against Kaido head-on, he’ll push him as far he can and keep him as occupied as he can together with Sanji and Yamato. With a flashing double move, they had to behead Kaido, which the power should surpass Oden’s strike.

Although it seems silly in front of Kaido’s mighty, it is definitely one of the ways how Luffy can win against Kaido.

We have seen these things over and over again in the Shounen genre. The main character gets unbelievable power up out of the blue, which allows him to defeat an enemy who is far stronger than himself.

If Luffy awakens his devil fruit and finds out a way to use his Haki correspondingly, he has a way to fight Kaido head-on. Still, it wouldn’t be enough. He needs at least a couple of power-ups even to push Kaido to his limits.

So, unless Luffy gets unexpected power-ups, which Oda wouldn’t like since a quarter of the story is left, it seems impossible.

We haven’t come to this yet in the anime, but Kaido stomps everyone during the fight. It includes Akaza samurai, Sanji, Zoro, and even Luffy (to an extent). No one is his match, but if everyone comes up with their ultimate moves and injures Kaido as much as possible, it will become a huge advantage for Luffy.

Then Luffy might even fight Kaido head-on. Out of all the three ways, this one is most effective and sensible. This way, everyone can contribute to the fight, giving them much confidence in taking Kaido down.

Considering Luffy’s power and Kaido’s strength, it is unbelievably tough to win this battle. That’s why we have come up with a few ways where Luffy can win against Kaido.

These are just our speculations based on the experience we have accumulated by watching One Piece for years. Let us know your opinions on the article in the comment section below.

10 Best BL Novels to Read If You're into Guys!

One Piece Released a Short Live-Action Series “We Are One!”

10 Best Romance Anime to Watch with Your Girlfriend!