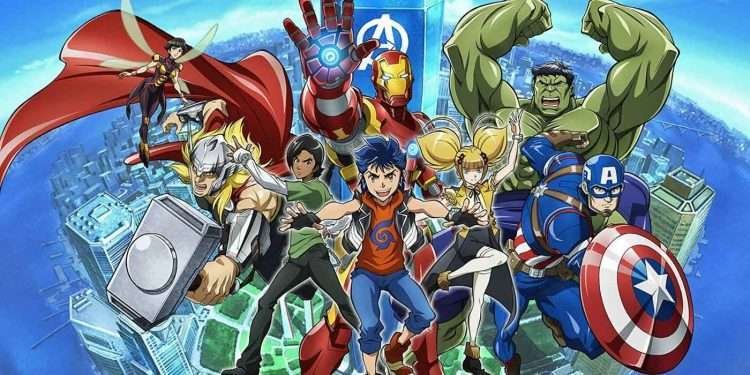 Marvel Future Avengers is a simple example of how to mix adaption and interpretation potentially. It’s more like mixing off two different genres- comics and manga.  If you haven’t heard about this anime, then let us explain to you. Since childhood, we used to watch a lot of cartoons, and those are still memorable ones. And Marvel’s comics are famous for making Marvel cartoons.

Marvel Future Avengers is a comic based anime that released on 22 July 2017. It is a bit different from what you think about comics. In comics, the Avengers are mostly Captain America, Thor, Hulk, and the Wasp, but this one is different. In Marvel Future Avengers, they act as mentors to a group of super teens. We’ll get to the story once we finish the news we intend to convey to you.

On Friday, Disney announced that the second season of Marvel Future Avengers would begin streaming in Disney+ on May 22, 2020. The first season of the anime started streaming in Disney+ on February 28.  Within a two months gap, the second season of Marvel Future Avengers is going to air in Disney+. Well, you could say its already late, but that’s how these studios work. Madhouse is the animation studio for both the seasons and currently the third season of the anime is in production.

At the beginning of its release, everyone thought it’s going to be difficult for American fans to receive it. But all these days, the show has been successful in Japan. As for the dubbed version of Marvel Future Avengers, there is no exact info, but they’ll be out by the end of the year for sure.

The plot of Marvel Future Avengers follows three main characters Makoto, Chloe, and Adi. They all have been genetically modified by Hydra and implanted in their brains as Avengers as their enemies. However, when they go on to the first mission, they discover the evil intentions of Hydra and become the underlings of Avengers. And thus, the journey continues for the future avengers as the successors of Avengers.

If you haven’t watched it yet, then you might as well check it now. Especially when you’re a marvel fan, this anime will be a worthy watch for you. What do you think about Marvel Future Avengers? Did you watch it? Let us know your thoughts on this anime in the comment section.