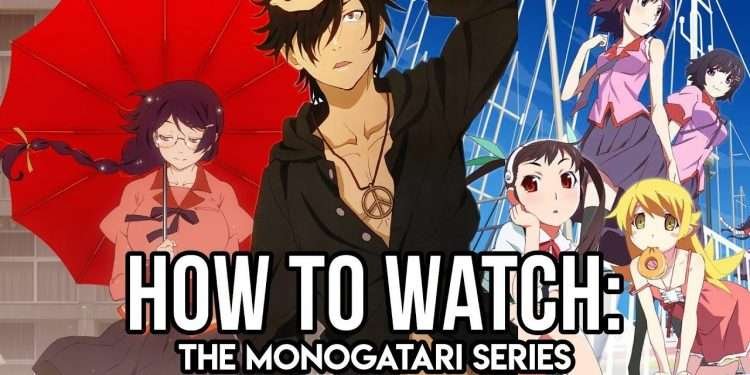 Probably you always wanted to watch Monogatari but don’t know how to start it. Since the Monogatari series is insanely popular in the anime industry, there is no denying the fact that we should view it completely.

If you’ve followed the release order and watched it according to its year of release, then congrats! You did great. However, if you still couldn’t figure out how to watch the series, then you’re in great confusion.

Fear not, we’re here to help you with Monogatari watch order, and if you follow this list, you’ll enjoy the series without any worries. Whether you watch it in chronological order or release order, both have their pros or cons.

But we’d recommend you to go with release order, and that’s what we’re going to show you in our Monogatari watch order.

The most general knowledge for an anime viewer is to watch an anime according to the seasons in ascending order. However, there will be a bit of confusion for this series even though you watch it as we tell you. So, here is how you watch.

And the next is the second season according to our Monogatari watch order.

After you finished watching the first season of the series in order, you’ll immediately be connected to the storyline of Nekomonogatri White.

Now, as per the last season, you might find the story being a bit impulsive in the beginning, but once you got past Tsukimonogatari, you’ll fall in love with the series. Thus, if you follow our Monogatari watch order, you can watch three seasons successfully.

Off-Season is not mandatory to watch but if you’re willing to watch it for the sake of your love towards the anime, you should.

It is a collection of arcs that take place in Araragi’s last year of high school. So, follow the below order from our Monogatari watch order to enjoy it.

Monster Season is the second main story of the anime that follows Araragi’s college days. Since the light novel is still going on, you can expect it to be quite good. So, make sure to watch this season too. At least, that’s what our Monogatari watch order recommends you.

Well, it seems we’ve concluded the post of the Monogatari watch order. If you follow this list, then you can view the series without any confusion. However, if you do wish to follow a chronological order, then make sure not to watch any season in release order.

We hope our post is helpful to you, and since there are way too many titles, you might get a bit confused. Watch it carefully according to each season.

If you still have any doubts regarding the Monogatari watch order, then make sure to drop your valuable thoughts in the comment section below.

One Punch Man Gets a Live -Action Film by Venom, Jumanji Writers! (2020)

A Japanese Woman Was Arrested for Selling Demon Slayer Cakes!