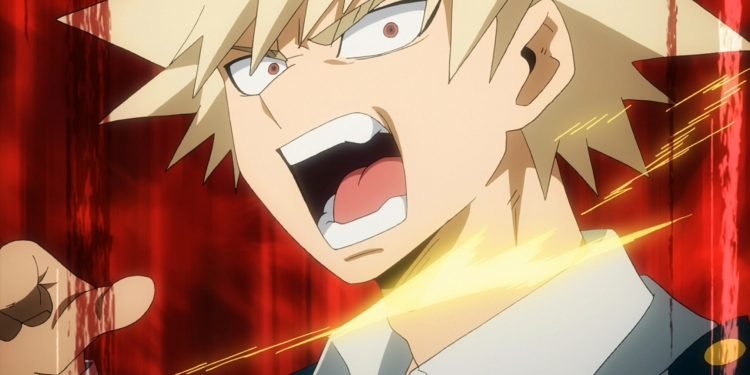 In the previous episode of My Hero academia, we have seen many variations and a few new characters. Like the class-A’s concert and Jiro being the main person, and the introduction of Gentle and La Brava. The story is moving at a good pace.

Most importantly, this School Festival Arc has been fantastic until now. The episode 82-Prepping for the School Festival is the Funniest part and is nonetheless another fantastic episode. Unlike the previous episodes, we have more depth in the episode which includes, Gentle’s character view, his plans to become a famous Villain, Deku’s weakness and strength, and more.

The episode begins with the discussion of Class-A about the concert they are going to perform at the School Festival. Surprise! It’s just a recap of the last episode and this episode starts with a video of Gentle who strives to gain recognition in the society as the greatest villain. The conversation between Gentle and La Brava seems kind of funny but this may turn out to be a major event in the upcoming episodes. It even shows the intentions of Gentle and why he is a true Gentleman.

And as the preparation of the school festival starts, Class-A decides on a song but they lack a person who can use drums. As they happened to know that Bakugo can play drums, they decide to make him a part of the band. However at first, he refuses by claiming the true intentions of other classes of U.A high on Class-A, but at last, he decides to show them what Class-A is truly is made of. This might be a challenging part of Class-A. At last, the band forms with unexpected members as Tokoyami(Guitar), Bakugo(Drums), and Jiro becomes the main vocalist as she sings a soothing melody.

The most important part of the episode previews the Deku’s weakness and how he discovers to rectify it. After having a small talk with Almight, Deku tells him about his weakness on how he can’t use One for All more than 20% and long-range attacks. I got to tell you, this is where I felt goosebumps. It turns to be a good moment and Deku combines two of his past experiences to overcome his weakness and he also discovers his new move. Well, this is what every fan of My Hero Academia expects as character development.

The episode also showed us many funny moments such as Mineta can’t play Guitar since he is very small, triggering Bakugo by underestimating him, and many more. And the concert for School Festival becomes the main attraction where Jiro, Tokayami, and Bakugo as the band, Todoroki, Kirishima, and Hanta Sero as special effects team, and the rest of the students as a dance team. It seems like the School Festival of My Hero Academia is going to be more fun than we expect.

The most cutest moments of My Hero Academia reminds us of none other than Eri. At the end of the episode, Eri enters into the U. A high school. And in the end, Gentle criminal shoots another video claiming that he can sneak into the U. A high school. So, as we can see the School Festival Arc is not going to be just funny instead it adds a bit of action to spice up the audience.

Preview of the Next Episode – Golden Tips Imperial

As students of the U. A high school making their preparations for the fest, Gentle makes his one of the ultimate moves by comparing it to the Tea he drinks. Well, he is a cool character after all. The preview shows us Eri meeting the students and they try to make her happy and the Gentle’s plan to sneak into U. A high school. The next episode will be much more exaggerated and with more intensity. Let’s wait for the next week’s episode, Stay tuned for more updates!

World’s End Harem Anime Reveals NSFW Trailer Along with a All in New Visual!

The Best “My Hero Academia Watch Order” to Follow!