"Make it! Do or Die Survival Training" OVA from Season 3 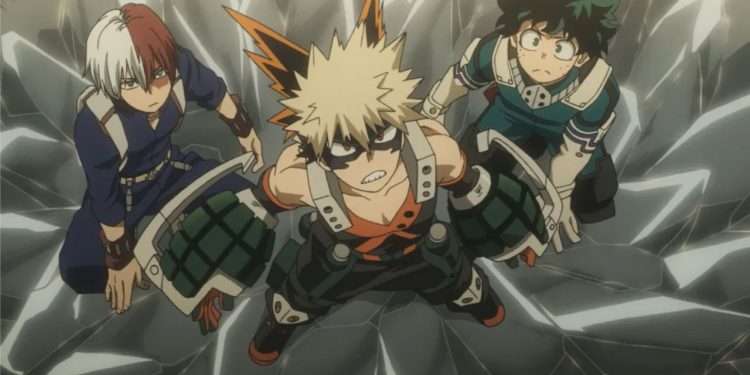 It’s been already over four months since the last episode of My Hero Academia has been aired. While fans are eagerly waiting for the fifth season of the anime, here we have a surprise. The franchise announced two My Hero Academia OVA episodes for fans.

My Hero Academia OVAs to Include Survival Training!

Alongside the two My Hero Academia OVAs that were sold with the 13th and 14th volumes of the manga, another OVA will hit the Hulu streaming app on August 30. To celebrate these upcoming releases, the franchise released three new posters.

The first poster presents the two-part OVAs, where Class 1-A hones their survival skills for the provincial license exam. The other two OVAs for which the international release dates haven’t been announced yet, we’ve at least got posters.

Here’s the plot summary for the two-part OVA:

“In this adventure, some of the students of Class 1-A will be participating in the survival training to hone their skills for an official provisional license. In the midst of survival training, some have fun and soon discover that the danger they face is not something ordinary. To overcome such obstacles, teamwork, quick thinking, and determination are necessary. Will they be able to pull it off?“

WATCH IT ON CRUNCHYROLL!

The two My Hero Academia OVAs will be released over 50 countries simultaneously after premiering in Japan. So, aren’t you excited? What do you think about the upcoming OVA Episodes? Let us know your thoughts in the comment section below.

Demon Slayer Franchise Gets a 3rd Novel in July!