One Piece Spin-off Manga Chin Piece Comes to an End!(2020) 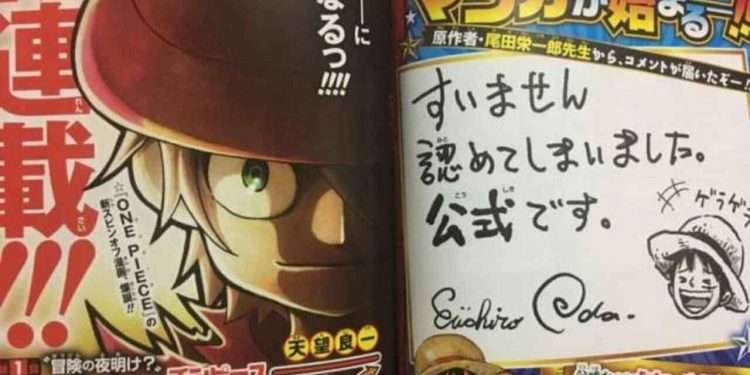 Probably you might’ve not heard about Chin Piece manga. Even though you happen to hear its name by any chance, do you know its a spin-off manga of the legendary anime One Piece? Before we get to the news, let’s see what Chin Piece is?

What is Chin Piece?

Chin Piece is a comedic manga spin-off of One Piece. Yoshikazu Amami writes it, and it began serializing in bi-monthly Saikyo Jump magazine from June 1, 2018.

Chin Piece follows the story of a group of village kids led by a person named Kusopp, who aspires to become like Straw Hat pirates. Then they meet a boy named Chimpy, who resembles Luffy and can stretch the center part of his body according to his will.

Also read: When will the s2 of the Shield Hero come out?

Shueisha‘s Saikyo Jump magazine published the last chapter of the Chin Piece spin-off manga in May issue. In July, the second volume book of the manga will launch according to Saikyo Jump Magazine’s statement.

Amami launched the manga in 2018 on Saikyo Jump magazine, and it continued all these days, making most of the fans laugh and smile. But the sad thing is only one or two chapters of the manga is available in the English version. And most of the chapters are in the Japanese language. Hope they will translate it soon so we all can enjoy it.

Shueisha shipped the manga’s first compiled book volume in last July, to be precise, in 2019. No wonder the announcement of the second volume took this long. Despite the One Piece spin-off manga, Amami is also famous for his works on Hit Saku no Tsumeaka Kudasai! That launched on Shueisha’s Shounen Jump+ app in November 2017.

Chin Piece is also the name of a one-chapter parody by  Chinyuki that published in Weekly Shonen Jump in 2017. You might as well check it; it’s cool! And for the manga, if it gets an English translation, we’ll be sure to update its info. Until then, stay tuned for updates.