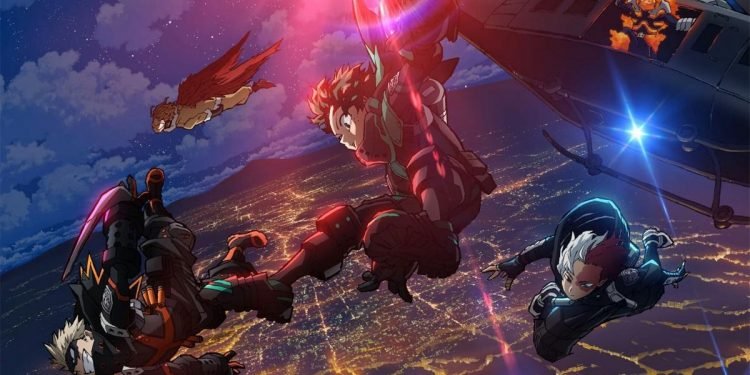 PVR has always been a significant part of supporting anime in every part of India, and this time, it has brought a surprise for us. Apparently, on the official website of PVR Cinemas, it has added a new entry called “coming soon” list, and the MHA movie happened to be in it.

PVR has already been famous for bringing popular anime shows like Your Name, Demon Slayer, and the previous two My Hero Academia films to Indian audiences. This time, we have The World Heroes’ Mission for this December.

According to the previous screenings, the film will be listed in the following locations:

If you have been waiting for this movie for a while now, don’t waste any more of your time and go to the official website of the PVRCinemas website to book the movie tickets in your region. I’ll include a link below so that it will be accessible to you.

Get Your Tickets on PVR!

So, if you’re an Indian and have been a huge fan of My Hero Academia, then you must have been excited hearing this news. Would you like to share some of your thoughts with us? Let us know what you think in the comment section below.

The Best “Fist of the North Star Watch Order” to Follow!