Takagi-san Author’s Another Rom-Com Manga Gets a TV Anime Adaptation! 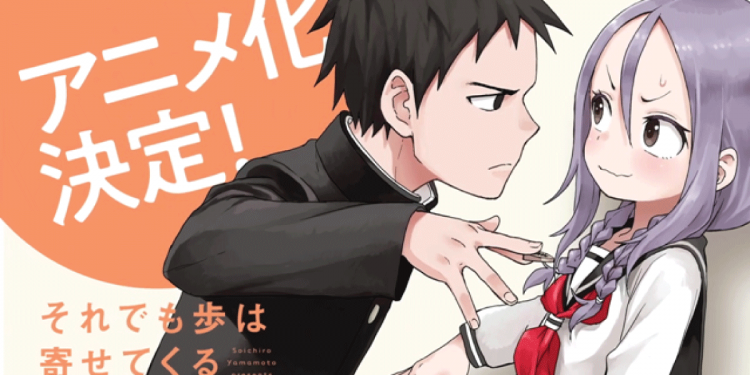 Thankfully, the famous manga “Soredomo Ayumu wa Yosetekuru” of the Takagi-san Author is getting an anime adaptation. Let’s get a bit more detailed in the news.

Today on his official Twitter account, Soichiro Yamamoto announced that his another hit manga titled “Soredomo Ayumu wa Yosetekuru,” will get an anime adaptation, and currently is in the works.

When the author posted its prototype on his Twitter account, the manga got into Kodansha’s Weekly Shonen Magazine, and since March 2019, it has successfully released five volumes. The story of the new rom-com is as follows:

Ayumu Tanaka is a high school student at Shogi high school and is in love with the Shogi club’s president Urushi Yaotome. He wants to defeat her at Shogi and confess his love but considering his game-sense it might not even be possible. But he isn’t the type to give up yet.

I’m very happy and grateful to Kodansha Weekly Shonen Magazine that the first manga I drew with a story in my mind got serialized. It is finally getting a TV anime adaptation, and I’m more than just excited about it.

Not as an author but as a viewer, I can’t wait to see it in action with voice actors. I’ll continue to work even harder with the original manga, so please keep supporting me.

tanaP, manga’s editor, tweeted that it is still a long time before anime comes out. Here’s the tweet:

In the meantime, a new CM for the manga has been made by the franchise that includes the main voice actors: Yoshimasa Hosoya and Urushi Yaoyome.

It is now being streamed on the official YouTube channel of Weekly Shonen Magazine.

From the above YouTube video clip, we can conclude that it will release in 2022. So, are you excited about this new rom-com from the master who created Teasing Master Takagi-san? Let us know what do you think in the comment section below.