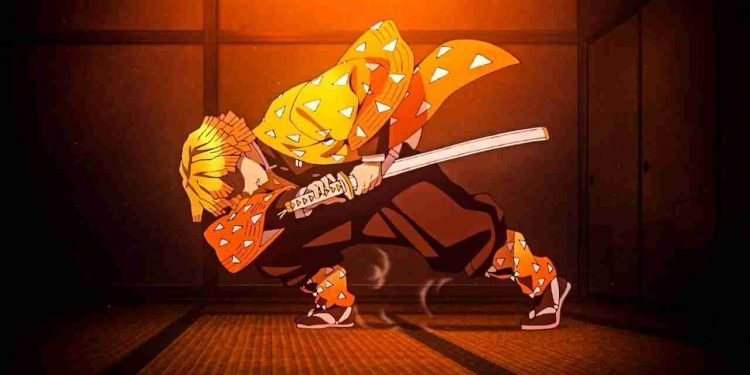 During the Taisho Period in Japan, when the world was teeming with Demons, blades, and hilts make up most of the interactions between the Demon Slayers and them. Although these techniques are quite ancient, as time goes by, the circumstances and creativity of the slayers’ open doors for evolution.

Each breathing style has different techniques and powers, though all are used to defeat demons, some are more powerful than the others. So, what are the strongest breathing styles in demon slayer?

This style belongs to one of the Hashira Shinobu Kochou, and it is extremely powerful and lethal to demons, though it is also very specialized. Insect breathing mimics the lethal stings and shallow cuts of insects to riddle the demon’s body with stabs and cuts.

All demon slayer knows that the only way to kill a demon is to behead them with a Nichirin sword or expose it to the sunlight. To make her attacks even more lethal, Shinobu coats her stinger blade in wisteria poison, which is deadly to demons.

The lethality comes from the poison itself and not the techniques. The Hashira herself admitted that she lacks the strength to do a board neck cut, therefore resorting to quick stabs that would poison the enemy.

This technique requires finesse, it belongs to the Hashira Uzui Tengen. In this technique, Tengen creates what is called a scene, reading the movement of demons and converts them into sound depending upon the rhythm of their attacks.

Tengen swords are larger than longer and connected by a chain, producing slashes of sound. The God of Fireworks, is said to be extremely powerful needing only two attacks against higher ranked demons.

An odd yet deadly style derived from water breathing, being unpredictable and flexible like the way of a snake’s movement. Much like the serpent itself, the Nichirin sword Obanai uses resembles in appearance to an Indonesian Kris Sword, with the sword’s shape modeled into the bodily structure of a snake.

With the most outlandish sword designs, this breathing style can be used without the sword itself, increasing this style’s utility by a thousand times.

Zenitsu Agatsuma during his time training under Jigoro, he only learned one technique—thunderclap and flash. The Thunder Breathing technique allows quick bursts of energy for a powerful attack created in a matter of seconds.

Zenitsu’s use of thunderclap and flash has four extensions just on its own—giving it added utility and lethality of its attacks. It resembles lightning, specifically swift strikes and movements akin to lightning ripping across the skies.

The sword emulates these movements, making the movements of this Breathing Style very fast and that overwhelms the enemy instantly.

The philosophy of mist breathing is that when you lose sight of it, you will fall much harder into its trap. This style is derived from wind breathing, this technique was created by Muichiro Tokito forgetful yet a very powerful Hashira.

He is the master of Mist Breathing styles, his fighting style relies on fast sweeping attacks, taking the opponent by surprise. The mist and the fog confuse and disorients the enemy.

Directly related to the Sun Breathing, this Breathing Style mimics water, specifically its flow, flexibility, and adaptability, and replicates it with a Sword.

To use these techniques, the user bends their body, arm, and weapon fluidly to match the motion of the flowing water. A person who masters Water Breathing can see themselves seemingly creating water when they use its techniques.

This style is used by the Hashira Sanemi Shinazugawa. The technique best describes the phrase—the best defense is the best offense. It is characterized by sudden, extremely powerful slashes and erratic throws that cover a wide range of area of effect.

It is also great for fighting off multiple opponents like the technique Clean Storm Wind Tree, this technique creates a gush of wind, a defensive barrier and does serious damage to everything surrounding the swordsman.

This technique is renowned for its devastating and colossal attacks, when fighting off demons the demon slayer has to be immovable like a mountain. With the strength of the whole earth, Hashira Gyumei Himejima’s Breathing Style mimics the majestic earth and stone and replicates it with his movements, techniques, and abilities.

As a student of Tsugikuni Yoriichi, one of his students attempted learning Sun Breathing, but was unable to master it due to not being as innately powerful as his teacher. So, instead given a personalized Breathing Style that targeted their strengths and weaknesses, ultimately branching out and becoming Stone Breathing.

This technique was created by Michikatsu Tsukiguni, who was the twin brother of Hashira Yoriichi Tsugikuni. All the techniques in this form take the shape of the crescent moon. It has quick and extremely powerful strikes and doesn’t have any weakness within it. Kokushibo had continued to add and develop techniques to the breathing style throughout a century.

Relevant: What is Moon Breathing in Demon Slayer? [Explained]

The Sun Breathing style was created by Yoriichi himself. It is the progenitor of all breaths in the popular anime Demon Slayer, along with being the first form of breathing style it is also the strongest and uncontestedly remains atop the breath food chain.

The Sun breathing and the Hinokami Kagura are breathing styles that bring together the user’s movements, abilities, and techniques, combining them with the sun. A demon slayer using sun breathing can visualize himself manipulating the flames of the sun when unleashing the power of these techniques on demons.

Relevant: What is Sun Breathing in Demon Slayer? [Explained]

So, these are the top 10 strongest breathing styles in demon slayer anime/manga. If you have seen the anime, you must have been familiar with a few like Water Breathing, Sun Breathing, Thunder Breathing and Sound Breathing.

What do you think about the list? Also, what’s your favorite breathing style in demon slayer? Let us know your thoughts in the comment section below.