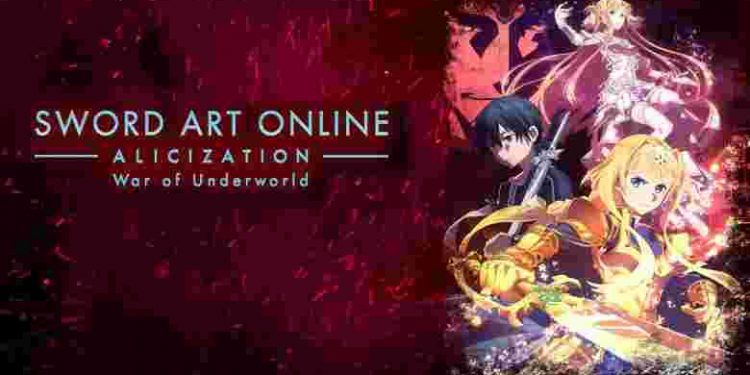 Sword Art Online Alicizaton War of Underworld has been one of the best seasons so far. And it’s airing from episode 13, that is, part 2 of the final season is delayed due to some reasons. However, the studio confirms its release date and some additional news regarding the release. And here’s what’s new!

Crunchyroll will stream the anime at 12:30 p.m. EDT in North America, Central America, South America, Australia, New Zealand, the United Kingdom, and Ireland on the release date. HIDIVE will also stream the anime in the U.S and Canada at the same date and time.

Before the actual release of Sword Art Online Alicization War of Underworld, a special will run on April 11, at 24:00, and then a digest program of the first cours on April 18.

Since it is the second part of the last season, there is no doubt in the arrival of a new Opening song. ReoNa is performing the new Opening song known as “ANIMA,” which will debut with the last season. As we recall, there has been a sneak peek on part 2, which shows how exciting the next part is going to be! Recently a trailer on the final season is exciting the fans even more. You can watch it here:

The trailer shows the aftermath events of Sword Art Online Alicization. As we know, Asuna enters the Underworld to rescue Kirito, who is in a paralyzed state. And the first part of last season ended with a Cliffhanger in the end. Alice gets captured by the Dark Emperor, and when Asuna tries to save her, she faces a significant obstacle. And that was an epic moment when Sinon eliminates all U.S players from the game.

Sword Art Online Alicization premiered in Japan in October 2018 and is currently streaming on Crunchyroll, Funimation, and Hulu for now. The adaption includes the entire “Alicization Arc” of Reki Kawahara’s original novel and will air for four cours.

Most of the cast for Sword Art Online Alicization War of Underworld is the same as previous seasons except for singers and songwriters. The second part of the final season will be a high impact on 2020 anime shows, and since it’s the last season according to the official website of Sword Art Online, we can’t expect any less than it. Let’s hope it to be as good as the previous one.

One Piece and Black Clover Will Return Back to the Screens!

The Garden of Sinners Watch Order: Here’s The Easiest Way to Watch it!