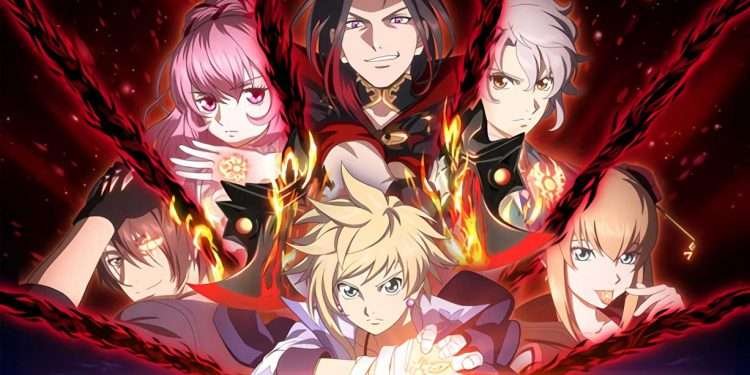 “Tales of Crestoria” is a smartphone game that is available both in iOS and Android. If you’re into smartphone games, then you might’ve played a few games similar to RPG games. Bandai Namco Entertainment is presenting the game for both iOS and Android soon. And the release date and additional details have been announced recently.

Note: The game is free to play, but you can also purchase some items.
Contents Hide
Tales of Crestoria Game Launched for iOS, Android!
The cast and crew of Tales of Crestoria include:
Voice Actors fro the character in the game:

Bandai Namco Entertainment announced on Thursday on its official English Twitter account that Tales of Crestoria smartphone game launched and it also previewed its story in its final trailer. It was supposed to be released back in June however, as we already anticipated about the delay, it postponed to July and now its finally here. Further details about its production are mentioned below:

The cast and crew of Tales of Crestoria include:

Voice Actors fro the character in the game:

The theme of the game revolves around the word “sin,” and the main character has a heavy burden to protect the people he cares the most. If you want to read the full story of the game, you can find it on the official twitter account of the producer of the game Tomomi Tagawa. And if you’re wondering how much the game is going to cost, it is free of cost. However, some in-game features are available for purchase.

And if you want to pre-order the game, it is available in Japan, and the players will get in-game bonuses for doing so. Other than these, there are no many details revealed regarding Tales of Crestoria game. When they release, we’ll be sure to update them. Until then, stay tuned for more updates.

Perfect Blue Anime Review: 5 Things That Made It a Masterpiece!

13 Best BL Manhwa to Read If You’re Into Guys!