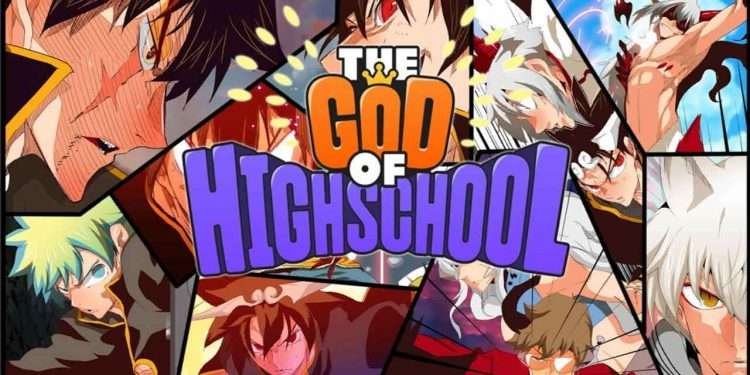 “The God of High School” is finally here!

Webtoons are becoming more popular these days as they’re getting adaptions from the top anime studios like MAPPA. Before 3 weeks, Tower of God premiered with high expectations and it sure seems like reaching those hopes. At first, I thought it would become one of the best anime series out there and at the same time, It bothered me. I was in a dilemma whether it could keep up with the animation and character designs of currently trending anime. But after watching the three episodes, I fell in love with the art and animation. And now we’re here with another webtoon adaption- The God of High School. Let’s see what’s new here!

The God of High School bases on a Korean webtoon penned by Yongje Park. And now it is on its way into the anime terrene as the Crunchyroll‘s Original Production. With MAPPA as the animation studio, now the series is set to premiere this Summer. And to keep us excited, they revealed a new trailer with stunning visuals and the details about its cast and staff.

Check out the latest trailer released by ‘The God of High School’ Anime here:

As you can see in the trailer, yeah, there isn’t much story to look up in the above trailer. But let me convey it in a convenient way. The trailer previews the tournament of a shady organization and the characters, some who fight for pride and some for a cause. To be honest, I am amazed right now after watching this extraordinary trailer. The music behind the scenes and visuals for those promising action sequences are pretty much suitable.

The main cast and staff of the anime include:

Among webtoons, ‘The God of High School’ is one of the most beloved ones. After watching its trailer, most of us already have a clear idea of how it turns out. Well, looks like this summer won’t give up until it shakes off of us from our boredom. Since ‘The God of High School’ anime is produced by Crunchyroll featuring the studio MAPPA, it wouldn’t be fair if we don’t place high expectations on it.

Crunchyroll Originals are unique from the different anime series. Just like Netflix Originals, these anime series have a peculiar place in the anime industry. What do you think of the new trailer of ‘The God of High School’ anime? Let us know in the comment section!

Will there be Seven Deadly Sins Season 4?

Baki Manga Order: How to Read Baki Manga in Order!