The God of High School Season 2: Release Date and Updates! 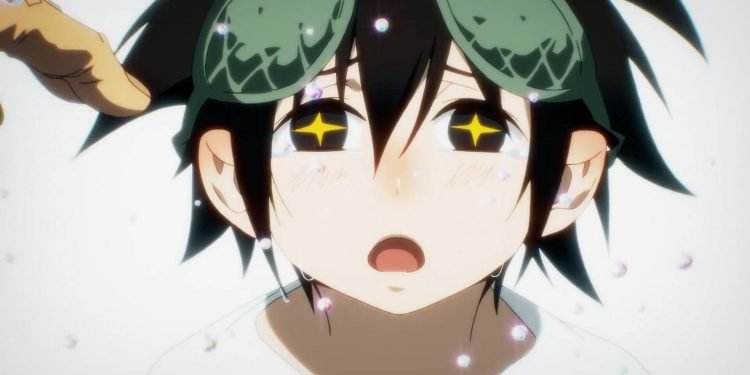 Although it came out a bit rushed, The God of High School was a fantastic anime with effortful work of MAPPA studio. However, we haven’t had another season of the anime yet.

So far, MAPPA hasn’t announced the release date of The God of High School for several reasons. Currently, MAPPA is working on numerous anime projects and planned quite a lot of this year.

So, will there be The God of High School season 2? What are the possibilities of getting one? Let’s predict everything below.

Will There be The God of High School Season 2?

To determine whether an anime gets another season, we need to consider a few things. On how the anime performed with the first season, how much source material is left to continue it and finally, how its popularity reigns at present.

Firstly, The God of High School dominated the summer 2020 with amazing quality animation of MAPPA. Although the story was a bit rushed which they would’ve made it into a couple more episodes, it was spectacular.

Since The God of High School has over 500 chapters and the anime only adapted around 110 chapters, there is plenty of story left to cover multiple seasons. So, there is no problem with the source material either.

The popularity of The God of High School manhwa is immense. Even among the best, it stands in the top echelon. An anime derived from such a manhwa surely gets popular, and it did. Its sales were pretty good too compared to most of the anime series.

Possibilities of Getting The God of High School Anime!

From our anime radar, there is over 70% chance that we’ll receive another season in the upcoming few years. The reason is very simple. As much as people prefer manhwa over anime, we still crave for it to be animated.

With such a huge fandom, immense popularity, and not to mention the successful adaptation it was, there is no doubt we’ll have The God of High School season 2 release date soon enough.

It’s just that MAPPA is too busy with various projects, and they can’t seem to prioritize it over local ones. Well, this is only our speculation and there could be many reasons.

If you’re impatient to wait for the anime’s release, you can start reading the manhwa to get a grasp of the story. So, The God of High School manga in season 2 stars at Chapter 112.

Although some people recommend it to read from the beginning, if you can’t spare the time, it is completely fine.

Since there is no official announcement of the anime, there is no trailer or teaser for the anime. Once the release date gets out, we’ll be sure to have a teaser as well.

To your convenience, we’ll make sure to add the trailer or teaser here once it comes out.

Without a release date, making a countdown is pretty much impossible. However, considering on what we’ve discussed above, the anime should be coming out in a couple of years.

That makes The God of High School season 2 countdown to around 500 days. Let’s hope it won’t get delayed even further.

The bottom line of this article is, we don’t have exact information on The God of High School season 2 because MAPPA has been so busy and wasn’t paying much attention to season 2 at the moment.

However, we’ll still get another season, even if it takes a couple of years. So, make sure to keep your hopes solid and let’s wait together to watch amazing next season.

13 Best Vampire Webtoons You Must Read!