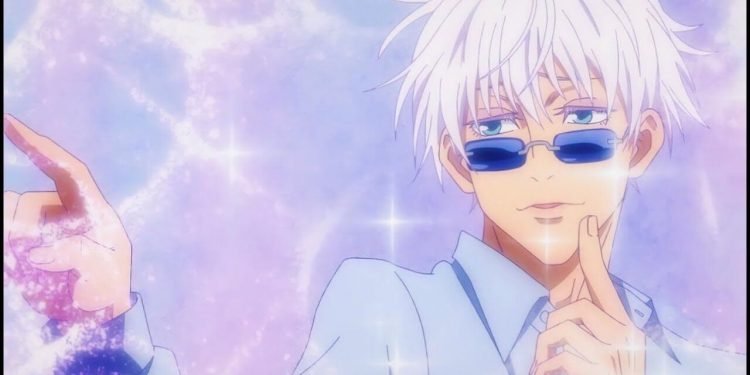 We all have our anime husbando. These fictional men set our standards so high that no mere real life man could reach them.

They are jaw-dropping, stunning, handsome and so much more than we can’t even imagine. So, without any further ado, we present to you, the best anime husbands of all time.

Best Anime Husbands/Husbandos of All Time!

Toji Fushiguro is from the anime ‘Jujutsu Kaisen’. He hasn’t made an official anime appearance yet, but since his appearance in the anime, fans have been going crazy over the existence of this man.

He is a confident man who likes to make money using his skills. The physical appearance of this man leaves the fans drooling. They will do anything for this man, I mean who won’t, just look at the guy. He is legit god-like in our eyes and a dream guy for many others.

Kakashi Hatake is from the popular anime ‘Naruto.’ When he was a kid he was quite independent and confident, as an adult, he had a relaxed and disinterested attitude. This mysterious masked good-looking guy caught all ours attention quite quickly.

We always thought that if he looked this handsome with a mask, what would he look like without it? In Shippuden, when his face got finally revealed, people were squealing like fangirls because he was that stunning and hot! It was definitely worth the wait.

We loved him not only for his looks but for his strength, and mind, and despite him showing a cold attitude he cared about us a lot.

Son Hak is from the anime ‘Akatsuki no Yona.’ This character stole everyone’s heart more than the main male character. Who wouldn’t want a caring, strong, hot guy who roasts you occasionally to protect you!

You can easily fall in love with him from the first episode itself. He protects the person who means a lot to him with his life, what’s better than that.

Koshi Sugawara is from the anime “Haikyuu.” He is like a pillar of support for his team. He is gentle and has a loving personality. He is such a cinnamon roll, and you can instantly fall in love with this character.

His kindness touches our hearts. But if you take advantage of him, he won’t hesitate to show you your place. In the end, he will be the favorite setter of Karasuna, not for many of us.

Rengoku Kyojuro is from a famous new-gen anime, ‘Demon Slayer.’ Rengoku is like a ball of enthusiasm and energy. He is very diligent in his duties of being a Hashira.

We love how he’s so strong and yet kind to everyone around him. His smile brightens up everyone’s day! It broke the fandom’s heart when he died.

His words ‘Set your heart ablaze’ stuck by with everyone in the anime as well as the fandom. Even though he is no more, he will always have a special place in our hearts!

Hiroto Suwa is from the anime ‘Orange’. This anime is dear to me because I relate to it in many various factors. Suwa is an extrovert with a happy and easy-going personality.

He always puts everyone’s else happiness over it. He is so in love with Naho, but is still happy for her even though she is with someone else. Furthermore, he represents the statement ‘if you are in love with someone, you have to be happy for them even if they are not with you’ really well.

He cares about his friends a lot and is such a cinnamon roll, that is why he ended up to be one of my favorite characters. Many of us fell in love with his character design and also the fact that we all felt that we related to him a lot.

Mitsuya Takashi is from the very famous anime ‘Tokyo Revengers’. He is the captain of the second division and a founding member of the Tokyo Manji Gang (Toman). He is a very calm and level-headed person.

He is the positive spark of Toman. One of my favorite quotes of Mitsuya will always be “No matter how hard things get, only use your strength to protect. Don’t hate the situation that you’re born in”. This quote is so valuable and teaches us so many things.

Despite his rough upbringing, he always has a smile on his face. Although he is in a gang, Mitsuya’s dream is to become a fashion designer, which is quite unexpected.

The reason people fell in love with his character is that he is kind to everyone but if anything, bad happens he will be the first to stand up and fight for what is right.

Shoto Todoroki is one of the most loved characters of “Boku No Hero Academia” Shoto originally had a cold personality and preferred to keep to himself instead of hanging out with other people.

Later on, in the series, it is seen that he slowly and steadily starts warming up to his batch mates. Whenever he smiled, it always brightened up our day, and seeing him make efforts for his class made our hearts warm up.

He is trying to be a better version of himself every day. Some fans remember seeing and thinking that they wouldn’t like him that much, but ended up falling in love with Shoto. He will always have a really special place in our my heart. He does give us all butterflies in my stomach!

Levi Ackerman as we all know is from ‘Attack on Titan’. He has a cold personality and is seen to talk hastily to people (except the one’s he truly thinks are worth respecting). He is rightly labeled as a ‘clean freak’ as he likes everything spick and span.

He doesn’t prefer being close to people, as he had lost numerous people dear to him. One thing I love about him is that he was deeply attached to his mother which can be seen as Levi’s cravat, which he wears, is a piece of his mother’s clothing.

Osamu Dazai is an anime character from the anime ‘Bungo Stray Dogs’. He is a mysterious character and only admits his true intentions when he truly wants to.

His suicidal tendencies tend to come off as a part of his comedic personality, but in reality, it shows us how deep Dazai is in his dark hole. He even questioned if there was any value in living at a young age.

Dazai tries to find a reason to live and hides his pain and suffering by putting up a happy-go-lucky mask. He’s hiding his emotions do apply to me, as even I tend to mask my emotions and try to put on a happy face, which I feel we all do at some point in our life!

He stole our hearts in the first episode when Atsushi saved you from drowning and when you introduced yourself is the day, we all fell in love with Dazai.

Anime husbands are pretty hard to find, even though there are tons of handsome characters. However, we managed to find the top 10 list of anime husbando.

So, what do you think about our list? Do you think any other character deserves a spot on the list? Let us know your thoughts in the comment section below.

"Be the ray of sunshine in someone else's life." Hey I'm Naina Heble, I am a huge anime weeb and I'm obsessed with webtoons! I love to make comics and write stories a lot. I currently am working on a comic 'My Tiny Girlfriend' which is on webtoons. Anime is my comfort place whenever I am down and it helps me escape reality.

A Popular Zombie Manga "Zom 100" Gets a Live-Action Movie!