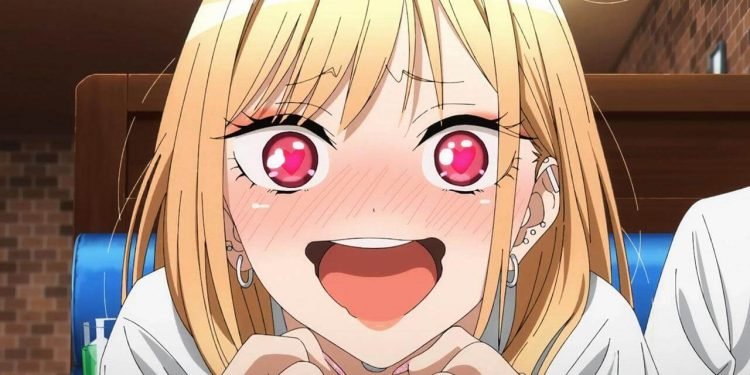 Anime girls are pretty and that’s a given. However, it is nearly impossible to find the prettiest anime girl. When manga artists and animators go wild in drawing a character far too pretty, we get these pretty/sizzling anime girls.

So, who are the top 10 prettiest anime girls? If you’re wondering the same, we’ve got the perfect list for you.

Mieruko – Chan’s Miko Yotsuya  is a horror-comedy anime, and she  is a young teenage girl with long black hair with has only two gray stripes on both sides

She has mustard yellow eyes with black long eyelashes. She basically wears a school uniform with white with  light yellow hoodies who has casual deeply. Furthermore, she wears a dark blue school uniform skirt.

The Quintessential Quintuplets’s  Miku Nakona is a deeply honest and caring girl and, at the core of it, If you like your girls on the smart and bright side, Then Miku is your girl.

Miku usually wears a long-sleeved sweater that covers her uniform, she has medium-length red hair that has strands of hair hanging over the right side of her face.

She is so simple and quite emotionless she wears a blue boomer around her neck like most of the time, she has dark blue purple eyes, a well-gifted  figure with 165 cm tall.

Demon Slayer’s Nezuko Kamado is the cutest anime girl of all time,

Nezuko is the deuteragonist of Demon Slayer anime, and fandom has not overlooked the charming and cute antics of the demon.

She has long, black and wavy hair that reaches just below her waist, turning a flame-orange color as it passes her elbows. It appears to be crimped into large and drastically to her left side of her face. She also has a cute and quite short body structure with 153 cm tall.

No Game No Life’s Jibril is a damn hot goddess. She looks so beautiful, like we can’t take our eyes off her.

Her pink hair changes to yellow and green at the tips and Golden Irises with Purple pink Cross Pupils which are so seductive.

You have to see her gym figure with big beautiful white wings and the ring on her head which stands unique. She is one of the prettiest anime girls we’ve come across.

Sword Art Online’s Asuna is its main character, Asuna is a very cute girl with a sense of style that most anime girls look same.

She has a long  orange-brownish burnished hair and bloomy hazel eyes, and she looks literally like a goddess. She has cute body features with tremendous strength to fight.

Her red lustrous eyes that are drawn a little differently from the other girls, and she is not too thin not too chubby perfect figure with 173 cm tall.

Kimi ni Todoke’s Kuronuma Sawako is one of the gentlest and loveliest girl, but she is a kind and graceful girl that

Her pale complexion and black hair make her resemble the horror character Sadako, giving her a creepy appearance.

Kuronuma has always been beautiful, and she has pale white tinted skin, thin cute lips, big brown eyes and long straight long bold black hair, she has a slender body with cute resemblance with 158 cm tall.

Overlord’s  Albedo is one of the most popular Japanese anime.

Albedo’s anime incarnation is one of the most attractive anime girls in recent memory. A flawless beauty, Albedo is a woman with lustrous long jet-black hair and the face of a lustful goddess.

She has golden irises and vertically split pupils and on her left and right temples are two thick horns protruding crookedly, and on her waist are a pair of black angel wings with 162.5 cm tall.

Naruto’s Kushina Uzumaki is a spectacular slender beauty with fair skin with beautiful bold red long hair, this is where she stands apart in all anime girls.

Her rare long hair is sided a part with small thin clip and her eyes are so deep with violet gray tint.

She is a female ninja who appears in the series Naruto, and the wife of the Fourth Hokage who is also the father of Naruto Uzumaki. She has unseen slender figure with 165 cm tall.

Fate’s Rin Tohsaka is a trendy beauty with a simple and elegant personality.

Rin Tohsaka is not just one of the most attractive anime girls, but also one of the most interesting ones. She has as unique eye color with bold black with bleeding sea green at the bottom which makes her look fascinating.

Her hair is in wavy brown hair with bangs in front and two-side-up ponytails, with black ribbons. She has a figure of goddess with 159 cm tall.

Trinity seven’s Lilith Asami is  well known for her spectacular beauty and her killer looks are extremely hot, Lilith is a young rebel woman with long red hair that reaches down her waist.

Her hairstyles with a single strand of her bangs braided, as well as the sides of her hair pulled back and held together with a small basic cute clip and  wears a round bold glasses as well.

She is also particularly known for having a very well-developed and curvaceous figure, with 162 cm tall.

Guilty Crown’s Inori Yuzuriha is one of the most doubtless beautiful characters on this list.

Inori is  a beautiful girl with light pale pink hair that give ombre effect of hot pink at ends of pigtails. She ties her hair using two some red tubes, and had a small red clip on the left side of her face.

Inori has red swirled pupiled eyes which are strong and alluring at the  same time, she is about 166 cm tall with small glossed cute lips. She looks very brittle, having a very tenuous figure and thin legs.

There you go – Top 12 prettiest anime girls we could think of at the moment. We’re pretty sure we missed some prominent characters, considering the beauty. However, we’re planning to update this list further.

So, if you have any other pretty anime girls on your mind deserves a spot on the list, let us know your thoughts through the comment section below.

Spy x Family Anime Review: 5 Reasons Why It is a Splendid Ride!