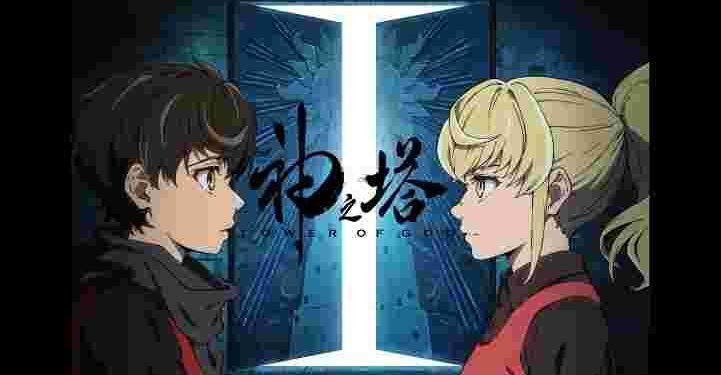 Honor and pride? Power and Influence? Money and riches? Revenge? Or to transcend all such things, for what do you risk your life to climb the Tower? Well, the first episode gave off pretty good vibes of excitement. With the hype, I wondered whether the Tower of God anime stands in the race of the best anime adaptions or not. But after the first episode, the only thing that kept me worrying seemed fine. And that should be animation and visuals. Well, let’s see how was the first episode.

Let’s begin the first impression as the topic should be the one that impressed us first. The opening theme song is terrific. It caught my eye in an instant. Even though we’ve listened to it before when it’s officially released, I didn’t felt this way. Maybe the feeling got more robust because of the excitement. To put it in one word, The Stray Kids nailed it!

Rachel wants to see the stars!

As we know, the story is about a girl who wants to climb the Tower so she could see the stars and Bam who needed nothing but her. Everything in the episode is exciting, Rachel leaves Bam, and the journey to find her begins. Can he see her again? Will he be able to overcome all the obstacles for her? Love vs. Death, which do you think is powerful?

Test 1-The White Steel Eel and the Ball

As we discussed, here’s the first obstacle for Bam. The caretaker of the Tower, Headon, introduces the first test for him. Even though he is weak, his Love for Rachel is far superior to the fear of death. The test begins. And with the help of regular ones from the Tower, Bam finds a weapon to pass the test. Can he win over the giant White Steel Eel?

As Bam ascends to the next floor, the test for survival begins. The test ends when the count of people decreases to 200 from 400. Since Bam seems like he can’t fight, it’s going to be hard for him to survive. Well, we have to wait for the next episode to see whether he survived or not. To be fair, the protagonist always survives until the end, but let’s see how it will be.

The flashback of how Bam met Rachel is so adorable and heart touching. Because the way she helped him when he’s lost is enough for Bam to like her more than anything else. It seems like Bam in the past is happier than now because Rachel is not with him right now.

Now let’s get to the Overview of the whole episode. First of all, the opening is fantastic in both Korean and Japanese versions. Though I prefer the Japanese version a bit more. The voice acting is perfect, and every character has the right voice. The art and animation are beyond my expectations since I thought the animation would be just ok. It fits well for the first season of manhwa(manhwa is the Korean word for comics).

The characters in the first episode are fascinating, and Koon Ran’s character design is impressive. And more importantly, never thought this adaption would leave such a good impression right from the first episode. The pace is so good. It is neither rushy nor slow. Overall, a perfect start for such a wonderful webtoon-Tower of God.

Well, it is one of our habits to expect a preview of the next episode at the end of the current one. Unfortunately, there is no preview shown in the first episode. Maybe the upcoming episodes will include them. Let’s meet again next week with the Overview of episode 2. Until then, stay tuned for more updates!

One Piece Spin-off Manga Chin Piece Comes to an End!(2020)

Mob Psycho 100 is Getting 3rd Season with New Director!

One Piece and Black Clover Will Return Back to the Screens!