Sweet Home manhwa is a gem for thriller and zombie-related genre lovers. There are many other webtoons like Sweet Home, but somehow it stands apart from them in terms of both art and execution.

It is not just about zombies, monsters, and all but tells the tale of a kid who loses his parents and sets a day to suicide. I mean, while the story is quite emotional, the screenplay and the pacing is just wow! Though I felt bad for the main character from the beginning to the end, I’m really glad I read it.

Contents Show
Webtoons like Sweet Home!
Dead Days
Bastard
Mortals of the Doom
We On: Be the Shield
Distant Sky
Limit
Jagaaaaaan
Conclusion

Dead Days is more like a realistic webtoon with extremely spectacular artwork. The story sets in a zombie apocalypse world where the main character, Jingook gets stuck in his apartment without his family.

As he tries to survive with the little food he left, the more threats keep approaching him. Can he survive between all the man-eating zombies? It tells you an exciting tale of survivors during a zombie apocalypse.

Just like the main character Cha Hyun, Jingook in this webtoon tries to survive an apocalypse in an apartment. Except here, Jingook only faces zombies while Cha Hyun faces all kinds of monsters in Sweet Home.

So, if you haven’t read Dead Days yet, get ready to be amused with such a masterpiece artwork. And it definitely deserves a spot on the list of webtoons like Sweet Home or manhwa like Sweet Home.

“Bastard” story follows Jin, whose life has been rough, but at home, it gets even worse. His dad is a serial killer who targets young girls and sometimes even uses Jin as an accomplice. While Jin still tries to live at least like a living person, a girl named Yoon Kyun befriends him.

Unfortunately, his father takes an interest in that girl, and as Jin finds out about that, he is in a tight spot. Now it’s up to Jin to protect the innocent girl from the claws of his father.

Bastard will be an amazing read if you’re into Psychological manhwa/manga. The reason we included it on the list of webtoons like Sweet Home- It is done by the same author and revolves around a similar main character.

Well, it might not have elements like zombies, monsters, but you get a living monster in this webtoon (Jin’s father). So, If you think you’re into psychological thriller webtoons like Sweet Home, then this is a great choice to choose.

Mortals of the Doom

“Mortals of the Doom” follows Zuo Tianchen, who becomes the last human in a city infested with zombies. When he thought he loses hope and about to die, he finds himself back in time for ten years.

With this incident, he decides to protect the people important to him and get back with his beloved girlfriend. Read this manhwa like Sweet Home, where MC struggles to change the future.

In this manhwa, you get to view so many elements like supernatural, time travel, zombies, and romance. Though it seems like a normal story once the MC gets back in time, there is plenty of action left for you. Instead of being a pushover, the MC actually impresses you over and over.

We On: Be the Shield

We On: Be the Shield might not resemble Sweet Home much in terms of aspects, but it is worth giving a shot. The story sets in a world where parasitic aliens invade and threaten humanity. The only hope to stop them lies in a bunch of teenagers with superpowers.

But they’re not even capable of saving themselves. How can they possibly save the world? Through teamwork? or keep trying until they die? Read how these groups of young kids evolve into superheroes from being ‘good for nothings.’

While the whole premise is different from Sweet Home manhwa, you can still find a few common elements. Like, in this manhwa, monsters appear out of nowhere, and in Sweet Home, monsters evolve from humans. And the protagonists in both the webtoons start as weaklings.

If you’re looking for a similar manhwa to Sweet Home but with more entertainment, this one is right up your alley. So, we recommend you to read this manhwa to attain a similar experience to Sweet Home.

Distant Sky sets in the post-apocalyptic city of Seoul where a boy finds himself in an unfamiliar place without remembering anything. When he comes to his sense, all he gets to see was destroyed Seoul piling up with bodies.

When he finds another survivor, they both embark on a mission, to find food and water to ensure their survival. Watch how the boy struggles to find the reason how this apocalypse started. It is another apocalypse manhwa with a similar premise to Sweet Home.

It is a horror and thriller manhwa like Sweet Home except that it sets in the whole city instead of in an apartment. The artwork is quite unique like Sweet Home webcomic, and with every chapter, the story resembles more and more.

So, if you’re interested in reading webtoons like Sweet Home, feel free to check it out. It is sure to entertain you until the very last minute of it. The dark theme, characters, and pace of the story are the things you need to look out for.

“Limit” is a manga based on the survival concept. The story revolves around Mizuki, who isn’t a bad person but seems like one in front of her classmates. While on their field trip, an unfortunate accident results in a massive death count, and only five girls seem to be survived.

However, they are injured and left alone in the wilderness. Mizuki being one of them, tries to survive around the people who don’t really like her. Will they be able to survive without acting together? Read this enthralling survival manhwa like Sweet Home to get rid of your boredom.

The common component in both webtoons is survival. As Cha Hyun faces zombies and monsters in Sweet Home, here Mizuki gets into similar situations. The pace in this manga might not be as good as Sweet Home, but it is worth a read.

Since you’re looking for a similar manhwa to Sweet Home, you might as well add this one to your read list. While its pace isn’t bad, the story and the characters are pretty amusing.

The story follows Shintarou Jagasaki, a police officer, and lives with his girlfriend leading a non-exciting life. When an incident happens, he gets mutated with a parasitic monster that unleashes his deepest desires.

With this new ability, he tries to lead an interesting life, but he isn’t the only one to get this kind of power. Watch how Jagasaki faces monsters with stronger and crueler desires than him. Can he survive in this world?

You might wonder how it is related to Sweet Home. Just like Cha Hyun, Jagasaki in the manga faces tragic situations but instead of fighting over the mutated monsters alone, he gets mutated with another parasitic monster.

With its dark theme and premise, it only gets better through the chapters. So, if you’re into unique premises like this one, make sure to add it to your list. Thus, it holds a spot in our list of manhwa/webtoons like Sweet Home.

If you liked Sweet Home manhwa, then you’re probably a fan of horror and thriller genres. Once in a while, checking out these types of webtoons like Sweet Home gives us a whole new experience. While it has been amazing through every chapter, the recommendations we’ve provided you with are nothing less.

Since you’re looking for Sweet Home manhwa recommendations, you’re sure to get an unimaginable thrill with these webcomics/webtoons. So, what is your favorite manhwa besides Sweet Home? And did you watch live-action on Netflix yet? If so, please let us know your thoughts in the comment section below. 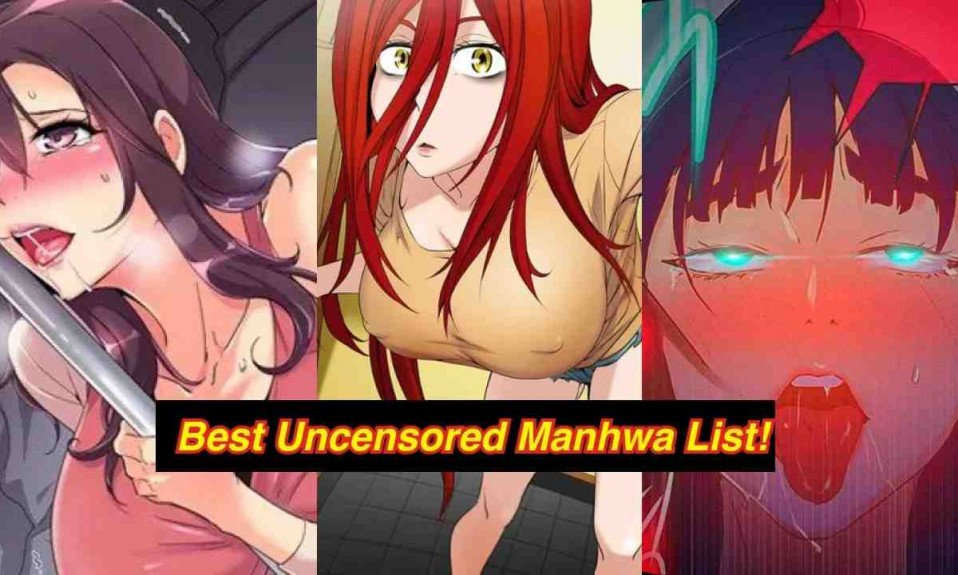