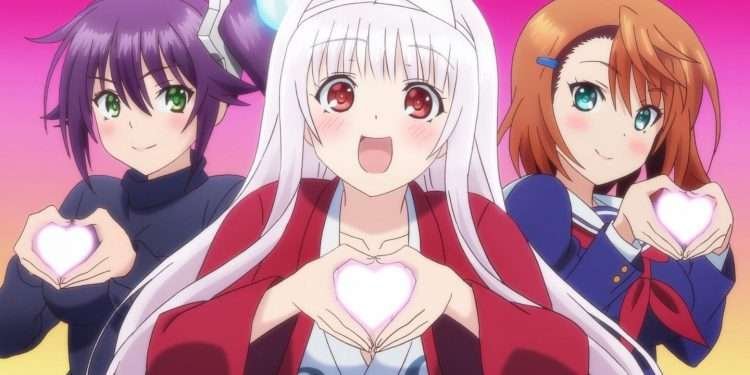 As you know, Yuuna and the Haunted Hot Springs ended after its four year run in Weekly Shonen Jump magazine, since then, fans have been wanting more of it. It’s not a surprise since the anime is popular and also known as one of the best ecchi harem anime. For the fans who are expecting more from the Yuuna and the Haunted Hot Springs, there is good news.

These two OVA episodes will adapt chapters of the manga and will be titled as “Cursed Kogarashi” and “In the Nick of Time!? Hot Spring Incident,” respectively. While the first OVA follows Chapter 99, the second OVA of the series will follow Chapter 141 of the manga. Unfortunately, there has been no news regarding the future anime updates of Yuuna and the Haunted Hot Springs.

Back before 2018, there have been some controversies about the anime with the censorship and explicit artwork. But that’s where its fan service struck in. Most of the audience liked the way of its presentation. Sadly, there is no announcement for the second season of the anime, but at least we’re getting these special episodes. Its vast fan service is still one of the reasons for the franchise to make these OVAs.

Its manga will end soon, but Shonen Jump always prepares a new era of rookie series to warm you up. So, we will get series like Yuuna and the Haunted Hot Springs in the future. Well, what do you think about it? Are you excited about the OVA episodes? Let us know your thoughts in the comment section.

10 Best Moments of One Piece!

Tower of God Anime Season 2 Announced with a Trailer!

Should You Watch One Piece Fillers?