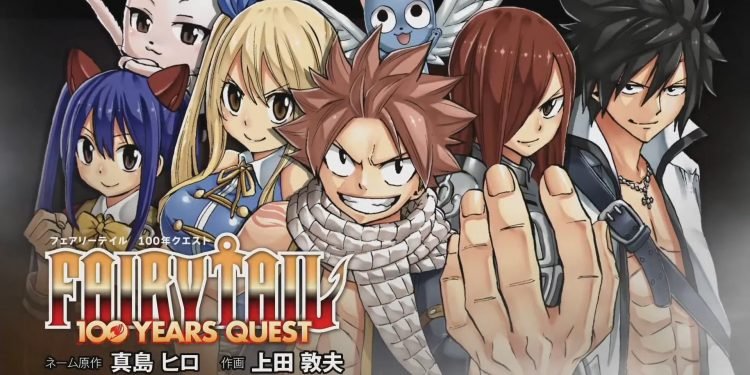 It’s been over 2 years since Fairy Tail didn’t release a new episode. Fans have been waiting forever to see a new anime adaptation of this most beloved anime.

During the Fan Meeting live stream event of Hiro Mashima, an announcement was made regarding the Fairy Tail: 100 Years Quest anime.

Written by Atsuo Ueda, Fairy Tail: 100 Years Quest manga, a sequel for the Fairy Tail manga of the creator Hiro Mashima, this fantasy manga will be getting an anime adaptation.

Fairy Tail: 100 Years Quest follows Natsu and his friends as they embark on a dangerous mission which no one has completed in a century. Hence it is called “100 Years Quest.”

There was also a video released by Shonenmanga Official YouTube channel. You can see it here:

Since 2009 when Fairy Tail anime debuted, it gave us three complete anime series and two outstanding movies by adapting the entire manga. Since this manga comes with a lot of expectations, we can expect a lot from it too.

So, are you a fan of Fairy Tail anime? If so, how excited are you? Let us know what you think in the comment section below.

The Duke of Death and His Maid Season 2 Officially Announced!