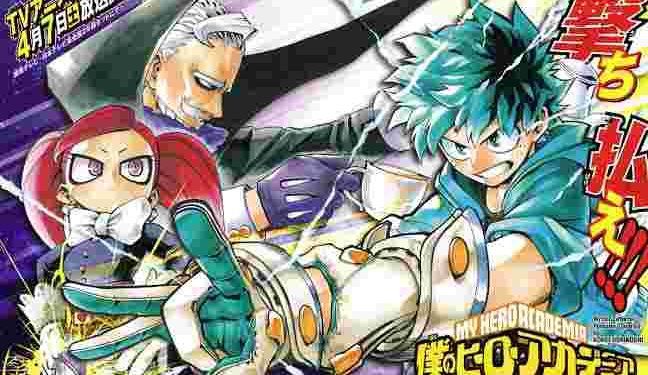 After the epic and heartbreaking My Hero Academia part 1 arc, everyone has been a bit happy and sad at a time both in the series and as well as in the real world. But it’s time for the UA students to let loose the past and have some fun at the Cultural Festival.

On January 21, a new trailer previews for the upcoming Cultural Festival Arc. And there are many visual things which make the audience feel joyful.

What is the Cultural Festival?

The cultural festivals are a part of special activities which define as  “events which aim to use the results of everyday learning to heighten motivation”.

You know, from the anime knowledge of previous shows everyone knows how fun Cultural Festival is. These festivals mostly include events where students can enjoy and participate.

What is so exciting in the trailer?

The trailer previews the new opening “Star Marker“ by KANA-BOON  for the first time and shows the later events of the battle of Overhaul and Deku. It starts with the celebration of the Cultural Festival, where Midoriya and Mirio bring Eri to make her feel better and to take off her guilt. But Eri doesn’t know how to smile since she felt fear from childhood. And the rarest thing we noticed in the trailer is Bakugo participating actively in the festival and playing the drums. Well, at least we get to see the fun side of Bakugo.

What can we expect from the Cultural Festival Arc of  My Hero Academia?

The Cultural Festival Arc is not only about the Festival that happens in UA high school. According to the manga readers, there is going to be some action, and that’s going to be epic. And the more exciting news is Deku develops a long-ranged attack called Delaware Smash Air Force. This move can direct a blast of compressed air against his foe.   It is a great step for Deku in becoming the world’s greatest Hero. And some new characters are going to be introduced in the Cultural Festival Arc:

And two unique quirks are being introduced into the arc, speaking of which Elasticity, quirk of Gentle Criminal which allows him to bestow the elasticity to the things he touches. And Love, La Brava’s quirk, which enables her to deliver a temporary power boost to the person she loves. The cultural part was in between chapter 169-183 in the manga, and those chapters were terrific based on the reviews of manga readers. So, we can expect a lot from the upcoming arc or Cultural Festival Arc.

The second half of My Hero Academia fourth season is going to be premiered on 25th January 2020. It is indeed one of the best arcs so far. And it includes a lot of fun from which we can entertain ourselves.

10 Best Thriller Anime That Will Blow Your Mind!