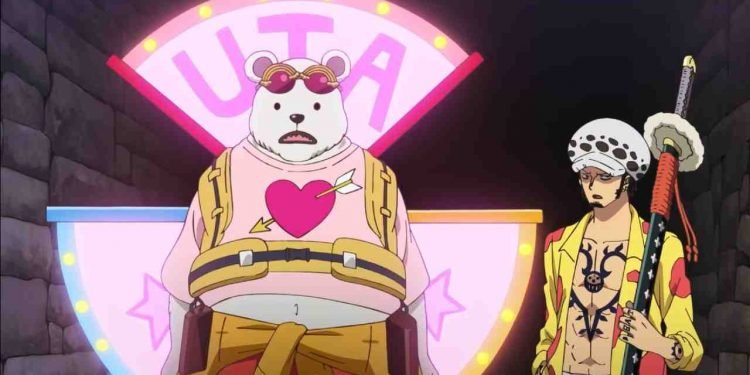 On Wednesday, the official website for the most anticipated One Piece Film: Red announced 2 new cast members for the film.

The new cast members are:

Chise Niitsu plays the role of Romy, a poor girl who admires Uta enough to attend her concert.

Yuuki Kaji plays the role of Yorueka, a shepherd who has travelled so far to attend Uta’s concert.

The film will be released in Japan on August 6. The film will have IMAX screenings in 27 Japanese theaters alongside regular screenings. On opening day, the film will also be shown in MX4D, 4DX, and Dolby Atmos.

Crunchyroll will release the film internationally this fall in the United States, Canada, Australia, and New Zealand.

One Piece Film Red is being directed by Goro Taniguchi (Code Geass). Tsutomu Kuroiwa (One Piece: Heart of Gold, GANTZ:O, and the live-action Black Butler) is writing the screenplay, with One Piece manga creator Eiichiro Oda serving as executive producer.

The plot takes place on Elegia, the “Island of Music,” where Uta, the world’s greatest diva, performs her first ever live concert and exposes herself to the public. Straw Hats, pirates, Marines, and fans from all over the world gather to listen to Uta’s “otherworldly” voice. The event, however, begins with the shocking revelation that Uta is Shanks’ daughter.

The 14th and most recent film in the franchise, One Piece Stampede, debuted in Japan in August 2019 and grossed more than 10 billion yen (approximately US$93 million) worldwide. In October 2019, Funimation released the film in theaters in the United States and Canada. The film commemorated the 20th anniversary of the anime.

Science Fell in Love, So I Tried to Prove it Season 2 Will Release in April 2022!

Demon Slayer’s Mugen Train Movie is Coming to Crunchyroll Along with English Dub!