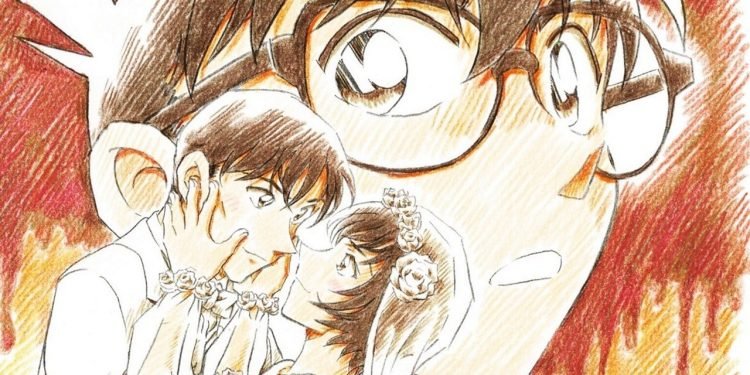 Recently, the official website of the Detective Conan anime film series announced that its 25th feature film titled “Detective Conan: The Bride of Halloween” will be released on April 15, 2022.

Both the official website and official Twitter accounts posted a drawn teaser visual by the manga author Gosho Aoyama who is also the mangaka of Detective Conan manga.

The tagline goes like this ” It’s okay to pledge my eternal love to you, right?” You can view the key visual and tweet here:

The film’s franchise also posted a story introduction on the official website, and you can read it in my words below.

So, the movie is scheduled to be released on April 15, 2022, in theatres. If you have been waiting for Detective Conan’s film, you should definitely don’t want to miss this one. For more updates like these, stay tuned on Anime Ukiyo.

Top 10 Best Selling Manga in Japan Have Been Officially Revealed for 2021!

Gintama Filler List: What to Watch and What to Skip?