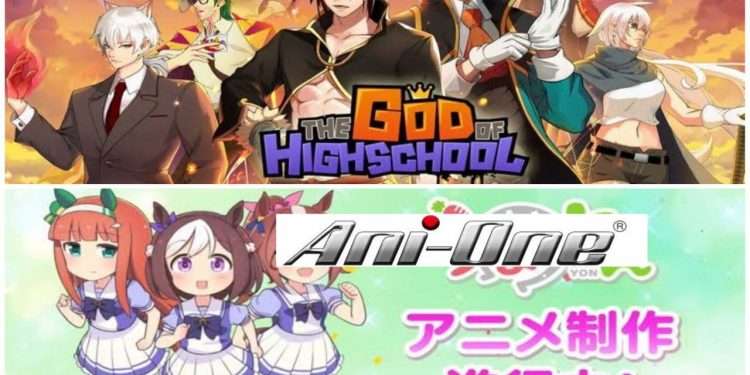 Ani-One Youtube has been a great and official anime source for years. And with every season, it streams new anime shows to entertain fans. A new-comer who’d like to watch anime mostly prefers Youtube as the anime source, and that’s where Ani-One is helpful. So, this time it brought us some exceptional additions. Want to know what they are? Let’s get into the news then.

Also read: Will Solo Leveling Manhwa Ever Release its Next Chapter? (2020)

The Official Facebook page of Ani-One announced on Monday that there would be some additional anime streams to the Youtube channel for this July. The schedule for simulcasts is planned accordingly, and each anime will stream on different days. Here you can view the complete list of anime shows that will add up to the Youtube channel.

On the other hand, Muse Asia is planning to stream the God of the High School anime starting from July 13. As per the info, the first episode of the successful manhwa adaptation God of the High School anime will be streaming on the official Youtube channel of Muse Asia on Monday. Make sure you watch it at any cost in case you’re a fan of the manwha.

Since Umayon anime recently premiered its spin-off anime and to be precise, on July 7, 2020. And Gibiate has been scheduled to premiere on July 15, 2020, all over the world, including Ani-One’s Youtube channel. If you can’t afford to watch anime shows in payable sources like Funimation and Crunchyroll, then this one is an excellent opportunity for you to view them.

Well, so there isn’t much time until Ani-One streams, these amazing anime shows. So make sure you watch every one of these incredible adaptations. So, are you excited about any of these anime? Let us know your thoughts in the comment section.

13 Greatest Shoujo Manga of the Decade!

13 Best Isekai Anime with Op MC to Amaze You!