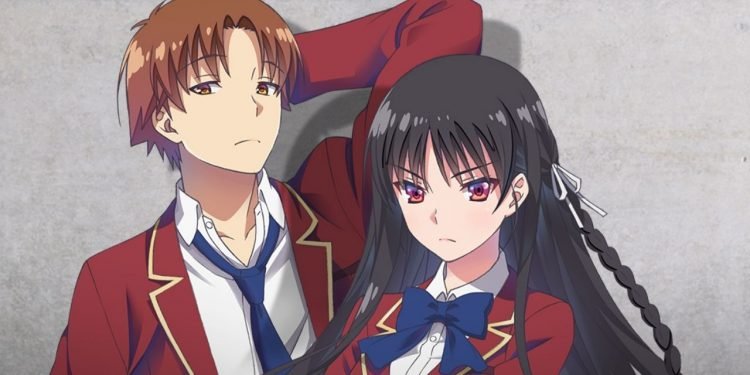 It’s been almost four years since the first season of Classroom of the Elite has come out, and it was an incredible season and such a great adaptation of the light novel.

So, are you wondering whether Classroom of the Elite Season 2 release date is confirmed? Or in a dilemma, whether there will ever be the second season? Well, we’ll clarify every single thing in the article.

Update: Classroom of the Elite Season 2 is officially confirmed and is in production now. The official release date hasn’t been announced yet, but we can expect it soon.

It should be coming out before 2023, even though there hasn’t been any potential release date as of now. Since words mean nothing, we’ll embed a few tweets below, which you can trust.

You can wait for the anime, but if you have your doubts and are prepared to read the light novel, you can start it at Volume 4. Also, remember to read the .5 (4.5 and 7.5 especially) novels since they are also the main part of the story.

I wouldn’t recommend you read manga because it is different from how the anime was adapted from the light novel. So, read the light novel, and you are fine since the translation quality is top-notch.

If you don’t have a good source to read the light novel, we can recommend you a pretty good one. Kindle gives the reader a good experience while ensuring your eyes’ safety and spawns no ads at all.

There is nearly no reason for Classroom of the Elite to not get another season. The first season was pretty good and made quite a lot of profits from the sales.

So, the second season should be arriving someday sooner than we expected. All we have to do is wait until they announce it. If you want more updates like these, stay tuned on Anime Ukiyo.

Darling in the Franxx Season 2 Release Date: Here’s the Update!