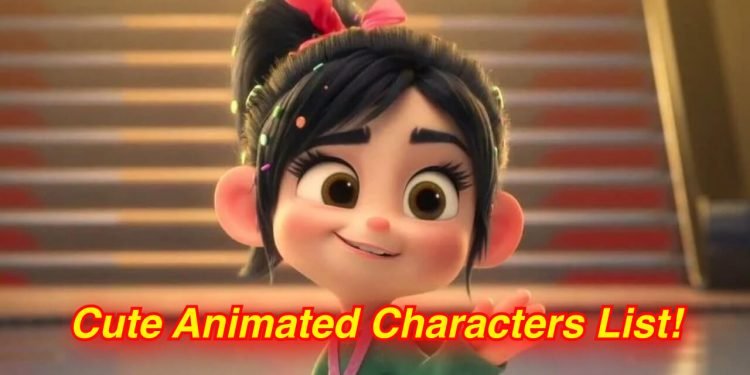 Animated films are a great way to escape reality and enter a fantastical realm; they also help us fall in love with the cute characters we want in our lives.

The finest part of watching such films is getting to see our favorite and cutest animated characters. Here are some of the cute animated Disney characters who will melt your heart and make your time viewing these movies worthwhile:

Olaf is a fictional character in Disney’s 2013 animated feature film Frozen and its 2019 sequel. He is a living snowman with a carrot for a snout. Elsa fashioned him as a benevolent enchanted snowman.

Olaf’s most notable peculiarity, aside from his ability to rebuild his body, is his passion for summer, warm hugs, and all things hot, although he melts. He is not only intelligent and smart, but he also has a really lovable, humble, and pure heart.

Even if you didn’t notice his character in the first sequel, you’ll fall in love with his helpful and selfless nature in the second, Frozen sequel. Olaf is an excellent teacher when it comes to self-love. It’s adorable how much he loves himself.

He continues to win people’s hearts with his two sweet songs, ‘In Summer‘ and ‘When I Am Older,’ which make sense especially for him. Olaf represents pure love and the joy the sisters previously shared before they were separated.

Russell is the deuteragonist in Disney’s animated feature picture Up, which was released in 2009. Russell is a cute, talkative, brave, and confident Junior Wilderness Explorer who goes to Paradise Falls with Carl Fredricksen.

He lacked the “Assisting the Elderly” Wilderness Batch, which would have elevated him to Senior Wilderness Explorer, and hence shows up on Carl Fredricksen’s doorway in the hopes of assisting him in crossing something.

Russell adores exploring the great outdoors! He has earned every badge for his bravery and has even experienced a true wilderness adventure.

Unfortunately, his childhood wasn’t spent well, with his stepmother and father not giving him enough time or showing an interest in his profession, but everyone falls in love with his enormous stomach and optimism.

Flounder is a cute, blue, and chubby fish character in Disney’s 1989 animated feature film, The Little Mermaid. Despite his fearful appearance, he is Ariel’s best friend and frequently joins her in her escapades.

Flounder is the only character who supports Ariel’s infatuation with humans without reservation. He is a sweetheart who adores Ariel, the little mermaid. He is exceedingly loyal and protective of Ariel. He even used to get in trouble because of her, but never left her side.

The way he wants only good for his best friend Ariel is what makes him loved by everyone. Flounder is just the opposite of Ariel when it comes to adventures and fun.

He suffers from anxiety, is easily scared, and despises adventure. But when Ariel truly needs him, Flounder can be brave and come through. Though his name suggests otherwise, he is a tropical yellow fish with teal stripes, not a flounder.

Po is the protagonist of the 2008 film Kung Fu Panda, who is carefree, likes to eat, makes everyone laugh, and is also terrified of his desire of becoming a dragon warrior. He considers himself a lazy, irresponsible slacker panda who is a huge Kung Fu aficionado.

Po has literally all the knowledge of his dream that is Kung fu, but because of his heavy, soft, huge, and untrained body, his dream seems pretty unrealistic to him. The thing that many of us can relate to is he desires something, but is somewhere doubtful about his capabilities to achieve it.

Despite his anxious and unsure nature, his eating habits and amusing acts continue to earn him the title of “cute and charming.” He not only makes everyone smile while speaking, but he also makes everyone laugh like a lunatic with his actions.

In the 2015 Disney film Inside Out, Bing Bong is one of the four tritagonists. Riley’s imaginary friend who only exists in her head. Bing Bong was her best friend and was created during her early childhood, around the age of three.

His appearance adds to his cuteness, but is terrified of meeting new people and has little knowledge of the outside world. He’s a cute, small, chubby purple elephant dressed in a jacket with a bow around his neck and carrying a cute little bag.

He also has a song called ‘Bing Bong, Bing Bong,’ which he used to sing with Riley as a child. He is illiterate and spells DANGER as SHORTCUT. He sacrifices himself to help Joy escape out of the dump, while assisting Joy and Sadness to return to the headquarters.

While everyone is praising Joy or Sadness for being the cutest characters in Inside Out, Bing Bong continues to win hearts by being both cute and selfless. Bing Bong’s final words were, “Take Riley to the moon.“

Thumper is a fictional rabbit character who appears in the Disney animated films Bambi (1942) and Bambi II (2006). The character had a significant impact on the film Bambi’s production.

Thumper is a cute little rabbit that gets his name from his habit of beating his left hind foot. He delivers an important message from his father every time he appears in the film.

People adore him because of his adorable voice and actions. Rabbits are almost everyone’s favorite animal, and a rabbit like Thumper just adds to that affection.

Thumper initially appears in the film Bambi, where he watches as Bambi is introduced to the woodland creatures as the young prince. He says Bambi is “very shaky,” but his mother corrects him, telling him to repeat what his father had told him earlier that day: “If you can’t say something kind, don’t say anything at all.

Dory is one of the main characters in the Disney film Finding Dory, which was released in 2016. She is a kind, blue, and friendly fish who suffers from a short-term memory loss.

She adores her parents, but she is estranged from them at an early age, until she meets Nemo and his father, Marlin. People adore her since she does not hesitate in talking to anyone and enjoys talking or saying anything at random.

People are drawn to her for her upbeat demeanor and bold character. She is always fearless and confident, regardless of the situation. Finally, with her optimistic mindset, she frees all the other fish and has a happy ending.

So, these are the cutest animated cartoon characters or Disney characters we think deserve to be on the list. While there are so many characters out there, we’ve chosen these to take the spots.

If you happen to know any other cute animated characters which we can add in the list, let us know your thoughts in the comment section below.

All Demon Slayer Twelve Kizuki Ranked from Strongest to Weakest!

The Only 7 Webtoons like Sweet Home You Need to Read!