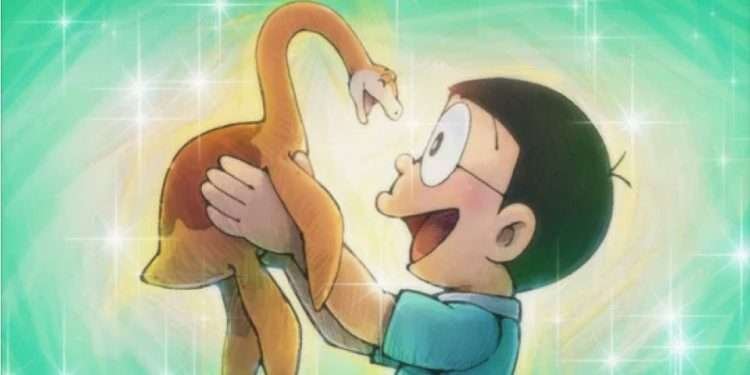 In one of our recent posts, we’ve mentioned about Doraemon manga’s 50th anniversary and how it made a collection that can last for a century. However, now it is Doraemon anime’s turn to celebrate the 50th anniversary of the manga.

Also read: New Doraemon Manga Collection is Made to Last a Century!

The official Doraemon anime website announced that the anime will celebrate manga’s 50th anniversary by debuting three brand new special episodes. The three episodes will be premiered on Saturday since it is the day of celebration of the 50th anniversary of Fujiko F. Fujio’s manga.

The current opening theme song performer Gen Hoshino will appear in one of the specials and will introduce his favorite episode to us. And since his favorite is “Ultra Mixer” from 1973, we’re going to have a remake episode.

Chisako Takashima, the violinist of Doraemon anime will also appear to introduce her favorite episode. “The Mood-Changing Orchestra” is her favorite episode which aired in 2005 and also it was previously remade in 2015. Now once again, we’re going to get a remake of one of the best Doraemon episodes as a bonus.

Following these, there has been the most recent film of the franchise “Doraemon the Movie: Nobita’s New Dinosaur.”Even though the story of this movie was completely different from the manga, the concept was taken as a reference. The film was released in Japan on August 7, 2020.