An exciting English dub trailer has been released! 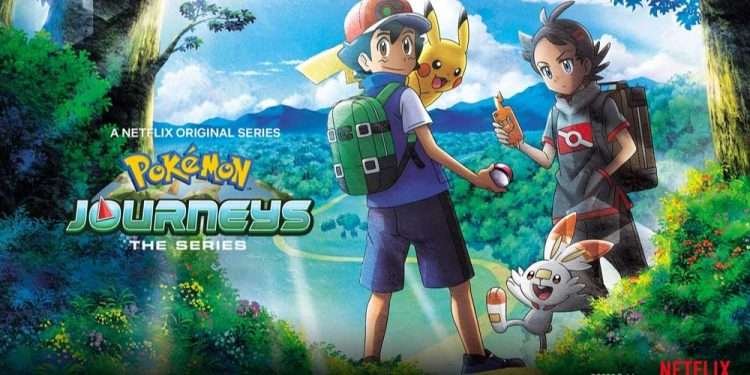 Pokemon Journeys has been one of the most successful seasons of the Pokemon animated series known as the Pocket Monsters. For the fans who are eagerly waiting to see Ash and Pikachu in action, here’s a piece of good news. The 23rd season of the epic Pokemon series will be available soon on Netflix. It wouldn’t be fun if we just mention its streaming date on Netflix. But let’s see if there are any other aspects we can discover about Pokemon Journeys.

Contents Hide
Netflix confirms the streaming date of The Pokemon Journeys!
The Cast & Crew for the anime includes:

Netflix confirms the streaming date of The Pokemon Journeys!

On Thursday, Netflix announced that it would begin streaming the new Pokemon series- Pokemon Journeys, on July 12, 2020. They revealed a new English dub trailer for the series, and with this trailer, there is no doubt on whether it includes dub episodes or not. You can watch the trailer here:

The trailer features a new theme song for the Pokemon Journeys series performed by the band Walk off the Earth. Since the official Pokemon Youtube channel drops the above trailer, there is no doubt about the confirmation of dub releases on Netflix along with the subs. Initially, Netflix only streams 12 episodes from the anime, and later, the new episodes will be added Quarterly.

The show premiered in Japan on November 17, 2019, two days after the Pokemon Sword and Pokemon Shield games released worldwide. The staff announced that they are currently delaying the further episode releases due to the outbreak of COVID-19. But the channel will begin re-airing the old episodes starting from the next week.

The Cast & Crew for the anime includes:

Pokemon Journeys anime covers the regions of the anime from Kanto to the Galar. And the new adaption’s manga is in the process by Machito Gomi. What do you think about the Pokemon latest series? Let us know your thoughts in the comment section.

15 Best Ecchi Anime You Shouldn't Get Caught While Watching!

Spy x Family Anime Review: 5 Reasons Why It is a Splendid Ride!