Frozen, a Disney animated feature film released in 2013, gives us even more reasons to appreciate animation. It is a film about two sisters who, although being diametrically unlike in temperament, adore each other.

Contents Show
10 Best Movies like Frozen!
The Little Mermaid
Tangled
Moana
Luca
Beauty and the Beast
Up
Inside Out
Enchanted
Snow White and the Seven Dwarfs
Encanto
Final Thoughts!

The Little Mermaid is a Disney animated film from 1989 that stars Ariel (the little mermaid). The film eloquently depicts how her love for humanity aids her in finding her true love.

With an entirely new mermaid concept, this film takes us to a new underwater realm beneath the waves.

Tangled is a Disney animated film from 2010 that stars Rapunzel as the protagonist. She is a young, lost, and beautiful princess with long and magical blonde hair who yearns to leave her lonely tower.

She accepts the help of an intruder, against her foster mother’s desires, to take her out into a world she has never seen. With her long hair, she transforms into every other human’s fantasy girl, capturing our attention and leading us on a new adventure.

Moana is a 2016 Disney film that features a lot more adventure in the Pacific Ocean. It follows Moana, the strong-willed daughter of a Polynesian village chief, who is selected by the ocean to reunite a mysterious treasure with the goddess Te Fiti.

Moana sets off in pursuit of Maui, a famous demigod, in the hopes of returning the relic to Te Fiti and saving her people when a blight attacks her island.

Luca is a computer-animated fantasy film released in 2021 by Pixar Animation Studios and distributed by Walt Disney Studios Motion Pictures. The film sets on the Italian Riviera and follows Luca Paguro, a young and small sea monster with the ability to transform into a human.

While on land, as he explores the town of Portorosso with his new best friend, Alberto Scorfano, he embarks on a life-changing summer journey. Luca is the ideal way to binge-watch and pass the time during these hot summer days.

Beauty and the Beast

Beauty and the Beast is a Disney musical love fantasy film released in 2017. It is the story of a charming, lovely, cute, pretty, and beautiful girl who falls in love with a beast who turns out to be the prince in the end.

Due to its lovely and sensible premise, this film has earned a lot of popularity and praise. This is the film to see if you want to learn the most important life lessons.

Up is a 2009 American computer-animated film published by Walt Disney Pictures. Carl Fredricksen and Russell Nagai, an old widower and wilderness explorer, embark on a voyage to South America to fulfil a promise Carl made to his late wife Ellie.

They meet a talking dog named Dug along the trip, and they come upon a big bird named Kevin, who is being sought by adventurer Charles Muntz. They save the bird from him and have a very good ending.

Inside Out is a 2015 computer-animated film. It is a movie about our emotions. How often do we forget to take pleasure in our lives? It is a great movie in and of itself that will make you realize the worth of your precious existence with the brilliantly shown five personified emotions of Joy, Sadness, Fear, Anger, and Disgust.

They guide Riley (one of the protagonists) through life within the mind as she and her parents adjust to their new circumstances after migrating from Minnesota to San Francisco.

Enchanted is a live-action/animated movie from 2007 that has everything you are looking for in terms of action, comedy, romance, and thrills. It follows a classic Disney princess on the verge of being deported from her animated realm and thrust into the real-life world of New York City.

It’s also the first time that conventional animation has appeared in a Disney feature picture since the studio’s choice to switch to computer animation in 2004.

Snow White and the Seven Dwarfs

Snow White and the Seven Dwarfs is a Walt Disney Productions animated musical fantasy film released in 1937 with Snow White as the protagonist who ultimately finds her true love through venom.

This is a movie that we all have heard of, but most of us have yet to watch it. With its magical and beautifully depicted theme, it takes us to our dream world with us being the protagonist and living it.

From the witch mother and her magical mirror to the seven cute dwarfs and the apple with the venom, it is a magnificently animated realm that we all should live in at least once.

Encanto is one of the most recently animated films released in 2021. It relates the story of the Madrigals, a remarkable family who live in the Colombian highlands, in a wonderful house, amid a bustling town, in a wondrous, enchanted place known as an Encanto.

Every child in the family has received a unique gift from the Encanto’s magic, ranging from extreme strength to the ability to heal—every child except one, Mirabel. When Mirabel learns that the Encanto’s power is in jeopardy, she realizes that she, the lone ordinary Madrigal, maybe her remarkable family’s final hope.

There you have it, the Top 10 Disney movies like Frozen that will help you acquire a deeper passion for animation. If you want to immerse yourself in a fictional world and create lasting memories, watch them.

So, what do you think about the last? Do you have any other movies like Frozen in your mind? Let us know what you think in the comment section below. 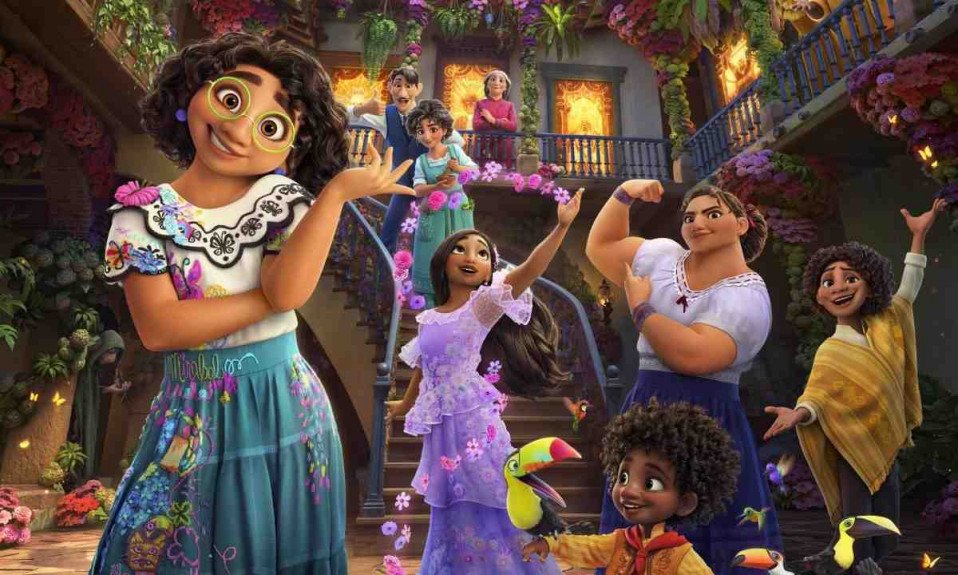