Vagabond mesmerized us with its gut-wrenching plot and magnificent art by Takehiko Inoue. The journey of Shinmen Takezo to Miyamoto Musashi, from rage to peace, brilliantly unfolded in front of our eyes.

While Vagabond has been on hiatus for years and there’s no news about its return, we bring you a few manga similar to Vagabond to enjoy while you await its return. Let’s begin the list of the best manga like Vagabond, shall we?

Set in Japan’s feudal era, it revolves around Ogami Itto, the elite executioner for the Shogun, who was framed by the ruthless Yagyu clan to gain the position. With his wife murdered, and his name dishonored, Itto, with his infant son, wanders from place to place as an assassin for hire—”Lone Wolf and Cub”—as he seeks vengeance against the Yagyu clan.

Just like Vagabond, Lone Wolf Cub focuses on a skilled Samurai, who is left without a position after the wars, burns with wrath, and now wanders the land as a mercenary. The dark atmosphere is similar in both stories, and the art is fabulous.

9) Blade of the Immortal

This is the story of Manji, an immortal swordsman. To avenge his sister, who was slaughtered mercilessly, he swore to kill a thousand villains. Rin, a young girl who reminds him of his sister, accompanies him to this end. She has sworn to avenge her dead parents, who were killed by Itto-ryu, a group of elite swordsmen.

Immortality can help him survive, but that is not enough for vengeance. He will be tested in all possible ways. Will he emerge victorious?

Between Blade of the Immortal and Vagabond, there are many similarities: similar visual style, lots of martial arts action. Both of them have mature themes and revolve around samurais.

It can be said that, in a complex way, they display the mental state of a person after walking the bloody path of the sword.

After transferring to his new school, Mori Buntaro was cajoled by a classmate to climb the school building. Despite being aware that one misstep would lead to doom, he continued to climb until he reached the top and experienced a feeling of fulfillment. He felt alive.

Since then, he has developed an interest in rock-climbing. The plot may seem simple, but it shows the pain and struggles Mori has to go through to literally get to the top of this world.

There is no denying the incredible quality of the art in both mangas. While they take place in two different eras, they show how hard it can be to survive in this cruel world alone.

Also, both of them are based on real-life historical figures; Miyamoto Musashi for the Vagabond and Buntaro Kato for The Climber.

Two mysterious warriors emerge from the desert wastelands: Master Wizard Yarong and his faithful servant Batu. Their lives will be changed due to the political movements that are going to engulf them soon.

When Yarong is mortally injured, Batu has to leave his side to fulfill his promise to him and protect his child. Those who track Yarong down get to know another secret—the hidden power of a Shaman Warrior!

Both have plotlines that surprise you at every given moment. Shaman Warrior portrays many samurai-like weapons and offers fabulous art.

Set in Ancient Greece, Historie follows Eumenes’s life and his childhood, who later grows up to become the secretary and general to Alexander the Great. It tells us about the turbulent life of Eumene, and his travels that led to him befriending many of the influential names of that time. He showed fierce talent, intellect, and confidence while fighting for his position. This is his story.

Both of the stories portray men who are meant to achieve greatness. With time, both of the protagonists grow into men that will go down in history and will be hailed as legends. The journeys are equally incredible.

Set in the Meiji era, this is the story of Battosai Himura, a revolutionary patriot who is fighting to conceal his bloody past. His role in the revolution earned him the title of ‘Hitokiri’ (Manslayer). He returned to his original name of Kenshin, and he reversed the blade on his sword and swore not to take another life.

He begins his life over as a Rurouni (wandering samurai). Kaaru Kamiya, a spirited girl who runs the local dojo, accepts him for who he is, not who he was. Kenshin’s fight with his past never seems to end. How will he protect those he cares about without breaking his oath?

Bloodshed and loneliness are things the protagonists of both stories go through. Their lives both start with a sword, and they start killing at a young age. After becoming renown swordsmen, they go on a journey alone later to repent for their sins.

Warlord Nobunaga Oda vanquished his foes as he proceeded on his quest to unify Japan, but even he feared one region: the Iga Province—home to the Iga ninja. Iga’s strongest ninja, Mumon, was renowned as a deadly assassin with unmatched battle strength, but was lazy and only sought to please his wife, Okuni.

Mumon killed a ninja from a different family, but he was unaware that his actions would lead to a deadly battle between Nobunaga’s army and the ninja of the Iga Province.

Vagabond and Shinobi no Kuni both have a more subdued type of humor mixed with unabashed violence. Again, both of the stories revolve around samurai themes and have brilliant pacing.

Yoma are the monsters that consume the innards of humans to absorb the essence of their victims, to become them. In front of them, humans are just cattle awaiting slaughter. To oppose yoma, The Organization, a group led by a council of mysterious men, sends their all-female warriors, a.k.a. claymores, to deal with them as they extort the towns. Clare, the lowest ranked claymore, lives to avenge her mentor.

The protagonists of both manga have to deal with unimaginable obstacles to achieve their goal. Claymore’s fantasy setting is similar to Vagabond’s feudal setting. The course of advancement, present in Vagabond from the start, appears later in the claymore. Both contain a lot of sword fighting, violence, and gore.

A fight between Thors and Askeladd, a vicious and powerful Viking, claimed Thors’ life ten years ago. Thor’s son, Thorfinn, is driven by resentment and has vowed to fight honorably to exact his father’s revenge.

He is brought aboard Askeladd’s ship and aids in their pillaging of towns and deceiving innocent armies. He now strives to become more skilled while carrying out his responsibilities to earn his duel with Askeladd. Even though he has already suffered many defeats, will he be able to exact his revenge?

The stories of men, filled with rage and hatred, who embark on the path of violence to eventually find peace within. The vibes of both of the stories are the same; the journey of a boy to a man, who emerges victorious from hell.

Given that he had the worst childhood and was frequently on the verge of death, Guts has spent his adult life trying to gain strength. The stunning, aspirational, and motivating mercenary leader Band of the Hawk meets Guts, who leads a simple life.

Guts joins the Band of the Hawk after losing to Griffith and develops a sense of belonging there.  Nobody, however, could have predicted the outcomes of the brutal conflicts and shady political maneuvering. A straightforward march to victory turns into a struggle for humanity and life. Can guts fight off the darkness and protect everyone who has grown to mean a lot to him?

Despite taking place in entirely different settings, both mangas’ stories share many characteristics. Because they travel alone and are fueled by intense hatred and rage, the protagonists begin killing at a young age. Any sense of belonging they experience has always been a mirage. Both deal with dark themes and contain fabulous art.

There you go- Top 10 Manga like Vagabond you must read. Most of these manga include a goated main character like Miyamoto Musashi.

So, if you’re looking for manga similar to Vagabond, this list be helpful to you. Do you have any other manga on your mind that deserves a spot on the list? Let us know your thoughts in the comment section below.

Hey, this is Muditt Sharmma, content writer and an anime enthusiast. Anime has been a great support, and a great way to motivate me to create surrealistic worlds.

Published on 15 days ago 9 min read 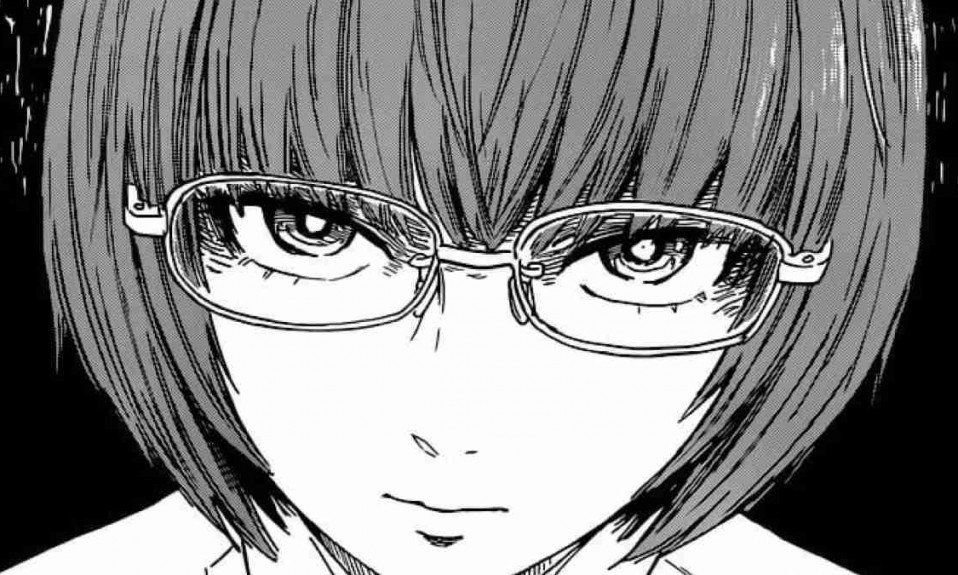 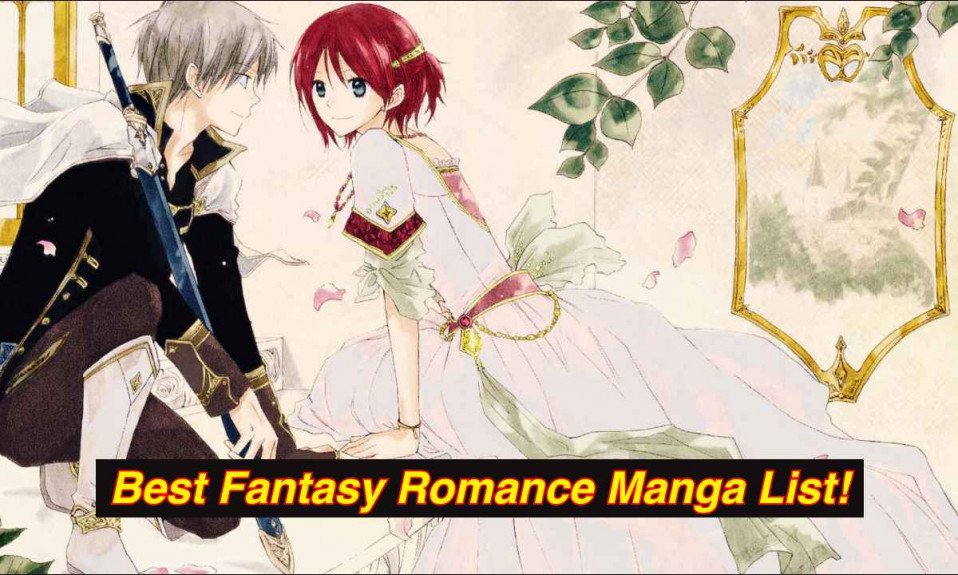 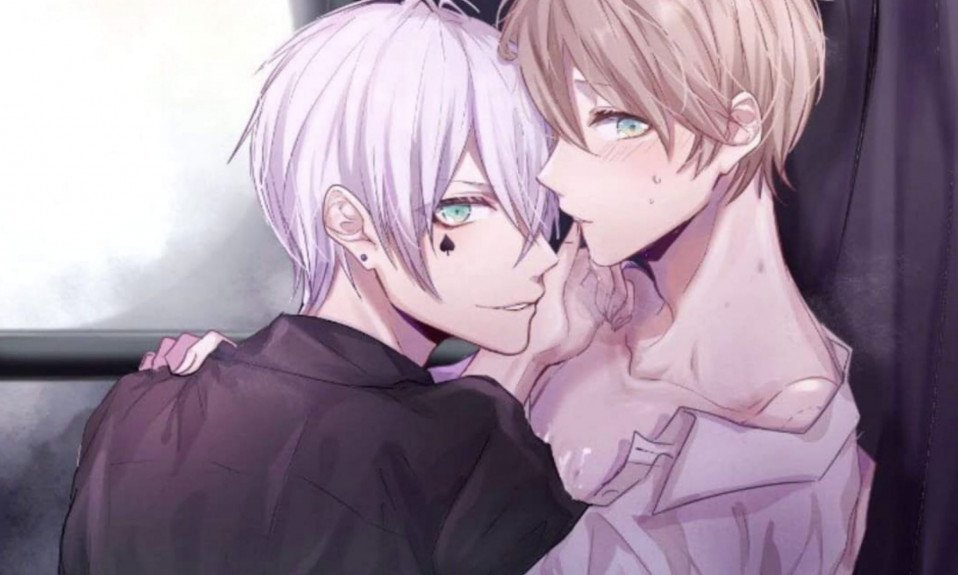