Kabaneri of the Iron Fortress Review: An Underrated Masterpiece? 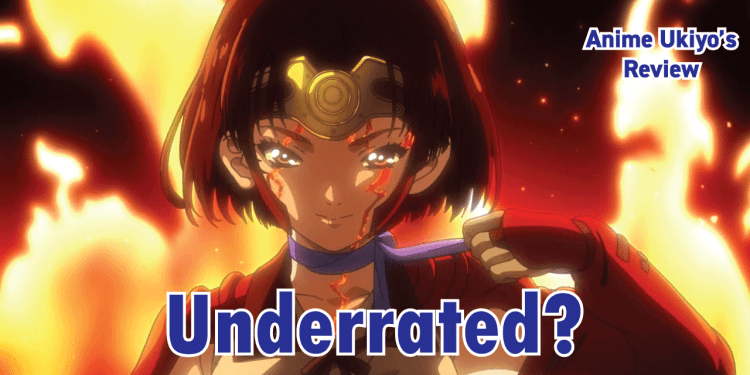 Kabaneri of the Iron Fortress or Koutetsujou no Kabaneri, an anime that is rather similar to Attack on Titan in the premise. But do you know it was done by the same studio?

Though the ratings, reviews have all been not so impressive to this anime, it was still a blast for viewers. We think it is too underrated and needs more attention. Let’s get into the review so that you’ll know why it is a masterpiece!

Kabaneri of the Iron Fortress Review!

While this 12-episode anime series received mixed reviews from the audience, we say, it is too underrated. Every aspect has been implemented perfectly and perhaps it is because everyone compares this one to Attack on Titan. Sure Attack on Titan is a gem but so is Kabaneri of the Iron Fortress.

The story of Kabaneri of the Iron Fortress is pretty decent and throughout the whole run, we didn’t see any kind of plot deviation. In fact, the pace of the story is terrific. There isn’t a moment where you get bored or wind up in useless conversations. And the fact that it took the setting to a whole new level makes it even more impressive.

Normally, the post-apocalyptic stories fail to deliver the right content but this is definitely an exception. Thus, in our Kabaneri of the Iron Fortress review, we think the plot and setting are two great aspects.

As we said earlier, Wit Studio is the one who animated Kabaneri of the Iron Fortress and Attack on Titan. The artworks are rather unique and much more dazzling in this anime. The visuals are on point and never fail to amuse us. The design of the corpses (kabane) is pretty eye-catching and in the end, Wit Studio went all out in making action scenes.

The action scenes are very well done and the way they presented them really shook us to the core. Especially a couple of scenes in the second half are one of the most iconic scenes in anime history. Thus, we think Wit Studio has done an appreciable job and this anime really needs more attention.

While the opening song is enough to impress you, the ending song totally gives you a different feel. But can we talk about how epic the background score in the anime is? It literally took the anime to a whole new level. The singer “Aimer” with her soothing and perfect vocals along with Hiroyuki Sawano’s epic score is one more reason you must watch this anime.

Once you’ve watched the anime, we’re pretty sure you’ll keep listening to this ost for weeks. That’s how Hiroyuki Sawano’s masterpiece soundtrack ‘Through the Blood’ influenced this anime. So, if you’re going to watch this anime, get ready to witness one of the most epic background scores ever.

Kabaneri of the Iron Fortress: The Battle of Unato (2019)

While the plot sets after half-year of the events from the anime, it shows us the deeper relationship between Ikoma and Mumei. At the same time, it delivers us with some fantastic action sequences.

Watch it on Netflix

Kabaneri of the Iron Fortress

Even after reading the whole review, you might hesitate a little bit after going through some of the reviews. But let us clarify a few things about the anime. Firstly, this series isn't a ripoff of Attack on Titan instead, a similar concept but a more detailed setting. We may not go as far as calling it a masterpiece, but it is definitely underrated and needs a lot more attention. So, we hope you liked our review and make sure to visit us often.